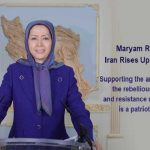 Maryam Rajavi: Regime Has Reached the End of the Line 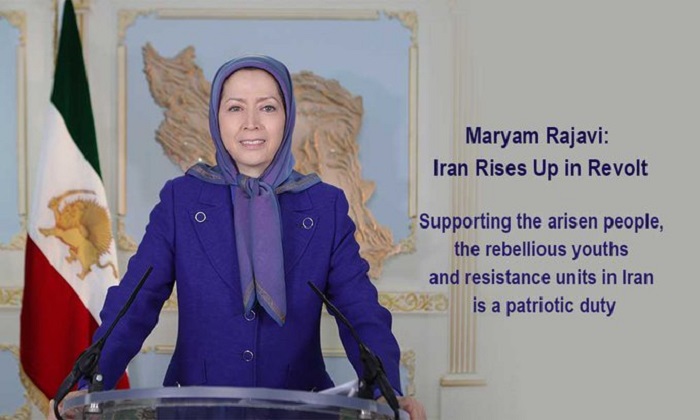 Maryam Rajavi, President-elect of the National Council of Resistance of Iran (NCRI) sent a message on Iran uprising- November 2019

Mrs. Maryam Rajavi, President-elect of the National Council of Resistance of Iran (NCRI), addressed the “rebellious people and youths in 144 rebellious cities” in Iran in a November 20th message on her website. She saluted the more than 200 martyrs of the uprising, “who gave their lives to welcome the angel of freedom. We praise their passionate and loving hearts that stopped beating to enable the heart of Iran uprising to continue beating for the advent of freedom,” she said.

Mrs. Rajavi also delivered words of support and encouragement to those who have risen up against the mullahs and provided guidance for the road ahead.

If defying the rule of religious dictatorship &rising up to establish freedom, democracy and equality are considered mischief &insecurity for the mullahs’ regime, then #Iran’s rebellious youths, resistance units, &all the Mojahedin &freedom fighters are proud of having done so. pic.twitter.com/Nc8abR8tPn

The Countdown Has Begun

“The countdown has begun for the Velayat-e Faqih’s unjust and oppressive rule,” said Mrs. Rajavi. “Today, not only Iran’s history and nation but the entire world is admiring our arisen compatriots in Iran.”

Regime Supreme Leader Ali Khamenei tried to vilify the protesters and the Mujahedin-d Khalq (PMOI/MEK), using the words “hooligans” and “thugs” to describe them. “If defying the rule of religious dictatorship and rising up to establish freedom, democracy and equality are considered mischief and insecurity for the mullahs’ regime, then Iran’s rebellious youths, resistance units, and all the Mojahedin (MEK) and freedom fighters are proud of having done so,” Mrs. Rajavi proclaimed.

The uprising has been growing since December 2017, said Mrs. Rajavi. “Over the past year, the resistance units kept the flames of protests alight all over Iran despite horrendous pressure and persecution by the mullahs’ Revolutionary Guards (IRGC) and Intelligence Ministry (MOIS). They endured great pain, suffering, torture, and imprisonment to move towards organizing the great Army of Freedom.”

“Look at the rebellious cities and this defiant generation and their battle,” Mrs. Rajavi urged. “This is the true image of our people and our country. Iran has revolted against the absolute tyranny of the vali-e faqih whose rule and authority had been stressed so much by the inhumane Khamenei.”

“The trend of events from December 2017 up to this date clearly shows that this uprising is durable,” she emphasized. “As the Iranian Resistance reiterated from the outset, the clerical regime does not have the power to contain the uprisings and quell the revolts of rebellious cities, [MEK] resistance units and the great Army of Freedom.”

Mrs. Rajavi stressed that the MEK and the Iranian people will not be satisfied with reform or surrender. “The army of the unemployed and hungry, the army of suppressed women, and the army of those who have nothing to lose but their chains, are not going to give in and surrender. They are not thinking of reforming the regime. They are not seeking to charm the State Security Force or the Revolutionary Guards. They want to uproot the entire regime,” she said.

“Currently, the people of Shiraz, Shahriar, Fardis, Kermanshah, Ahvaz, and other cities are taking control of whole districts in their cities. The time has come to liberate Iran entirely from the mullahs’ captivity and occupation.

The high spirits and fearless approach of protesters in confronting the regime’s forces, and the precipitous expansion of the uprising to various provinces, have a terrifying message for Khamenei and his establishment.

What is clear is that no assistance or appeasement by Western governments and no games of reformists versus hardliners will alleviate the regime’s pains or save it from certain and fast-approaching downfall. Nor will the wars and crimes in Iraq, Lebanon, and Syria, the regime’s nuclear programs, their plunder of oil revenues, or even their plainclothes agents and the plethora of various hirelings of the Intelligence Ministry,” she added.

“The Velayat-e Faqih religious dictatorship has reached the end of the line. Today, the cries of the people of Iran can be heard from the streets of Tehran, Isfahan, Kamyaran, Sirjan, Behbahan, Shiraz, Marivan, Bukan, Karaj, Khorramshahr, and Mahshahr. They are crying out, ‘Dictator, shame on you, let go of our country.’ They are chanting, ‘The mullahs must get lost!” Mrs. Rajavi stated.

Hail to the martyrs of the uprising. Such unjust shedding of blood only adds to the resolve of the Iranian people to continue their rightful resistance to overthrow the mullahs’ regime. #Iranprotests #Iran pic.twitter.com/KgNxCc54KW

Mrs. Rajavi concluded her message with a seven-part action plan.

“The clerical regime is making all effort and using all means to conceal the true death toll. The United Nations must immediately dispatch investigative missions to Iran to evaluate the number of those killed, injured and imprisoned,” she concluded.