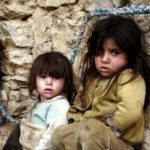 After four decades of the ruling, unemployment, corruption, embezzlement and many other social disasters have been the souvenirs of the mullahs for the Iranian people. Structural economic crisis, a staggering rate of military and security expenses, plundering of the population, water-shortage, destruction of the environment and …. have made a black hole of poverty, homelessness, and misery for the Iranian people. The minimum wage is at least less than one-fourth of the poverty line. Minimum needs, even a loaf of bread, are no longer on the people’s table.

In the first place, dictators annihilate democracy so that they can plunder the people and destroy the economy. This is the roadmap chosen by the religious dictatorial regime in Iran since its formation.

On 16 April 2019, Rezaie, Iranian MP, acknowledged in the regime’s parliament that people are furious about discrimination, injustice and more lies. He added that how do you expect teachers to educate our children while they are paid five to seven dollars a day?  He compared the condition of workers with slaves.

Controlling the situation, the mullahs, as usual, resort to intimidation, imprisonment, torture, and long term sentences. Arresting labor activists, teachers, defiant youth, and … are the tools that mullahs use to curb opposition movements. In response to this catastrophic situation, the people have no other option but to resist a decent and better life. Mujahedin-e Khalq (PMOI/MEK) resistance units are mobilizing people to restore their rights.

IRGC Commander, Hussein Rahimi, acknowledged that from March 2018 to January 2019, during nine months, there have been 923 protest gatherings just in the capital, Tehran. Another IRGC commander from the province of Khuzestan also admitted there had been 650 protests by workers in this period of time in this Southern province.

Last year the Secretariat of the National Council of Resistance of Iran (NCRI) and also the MEK’s networks inside Iran covered the news of protest movements, daily gatherings, and strikes of workers, farmers, particularly in Isfahan, teachers, pensioners, nurses, and looted people by credit firms affiliated to IRGC. MEK reported that in the one month period of 22 June to 22 July 2019there had been 267 protests in different cities, villages, and industrial districts in Iran; that is nine protests a day. MEK resistance units played a key role to form and direct those growing protests.

Such beautiful future is very distant from today’s abysmal situation in #Iran, but it is achievable, and I urge every one of you, the aware and freedom-loving students and youths who seek equality, to join the struggle to achieve it. #FreeIran pic.twitter.com/23DwWKEDjs

Mrs. Maryam Rajavi, the President-elect of NCRI, said in this regard: