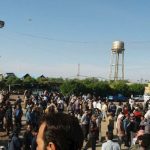 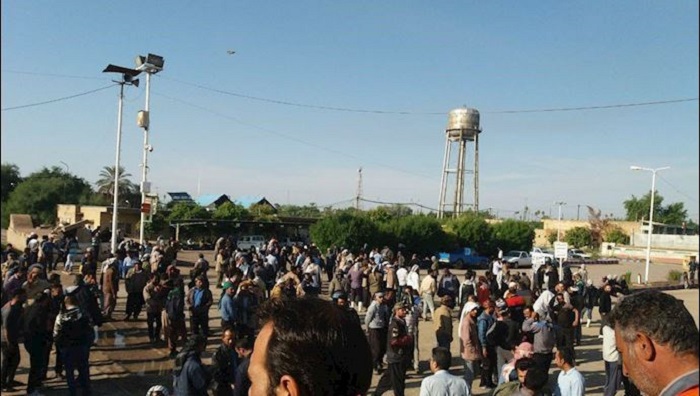 Social unrest is the Achilles Heel of the Iranian regime. Many of its officials, past and present, have warned about a social situation where there would be no escape from. It could end everything unexpectedly. In past few weeks protests gatherings have escalated in the country. Workers, teachers, municipal employees, investors of mostly banks linked to the Revolutionary Guards are just a few examples.

On Tuesday, Workers from various sectors of the Haft-Tapeh sugar cane factory located in a region of the same name in the Southwestern city of Shush went on strike for the second day in a row. They demanded that their 21 co-workers return to work after they were fired without prior notice by the factory’s management. The employer did not even bother to send the fired workers a letter of termination and they were kicked out with an internet post. The striking workers demanded the unconditional return of fellow workers and a “stop to all workers’ rights violations” by the factory management.

The striking workers have gone on strike in the past few months over their overdue wages. The workers believe that the management is unwilling and unable to manage the factory and they want a council of their choosing to run Haft-Tapeh. 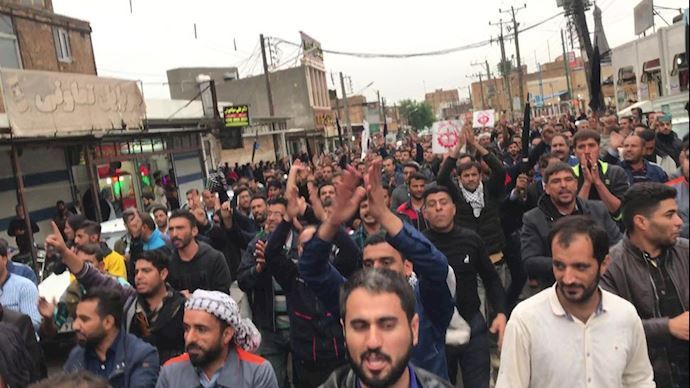 Haft-Tapeh sugar mill factory, the oldest and once most prosperous of its kind in the Middle East, with thousands of workers is a bankrupt plant now. Last year it witnessed some of the most well-organized labor protests in the nation. The mullahs’ regime crackdown on the Haft-Tapeh’s lobar union and its leaders was exemplary. Mr. Esmail Bakhshi, spokesman for Workers Union of Haft Tappeh Sugarcane was first arrested for a month. He was brutally tortured for 30 days while in the custody of security forces. After his brief release, Bakhshi challenged Mahmoud Alavi, the mullahs’ minister of Intelligence and Security (MOIS) to a public and televised debate. Alavi refused the offer and in returned Bakhshi is sitting in jail with a heavy sentence which includes “conspiracy to act against the nation’s security.” A cliché used to describe charges against Iranian dissidents and a warning send to others not to follow protesters’ footsteps or suffer the same consequences.

The catastrophic situation of the deprived workers of this massive industry is the direct result of the regime’s officials’ seizing control over the sugarcane industry. Government clerics have been importing sugar instead of improving this industry, which was once one of the major sources for the country’s revenues. Consequently, the sugarcane industry workers, including the Haft Tapeh sugarcane workers, have not received salaries for several months despite their hard work, and the overwhelming pressure imposed on them because of their inability to pay off heavy debts or fall into absolute poverty. The National Council of Resistance of Iran (NCRI) and its main partner, the People’s Mojahedin Organization of Iran (PMOI/MEK) have supported the workers demands as a principle.