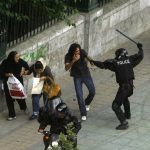 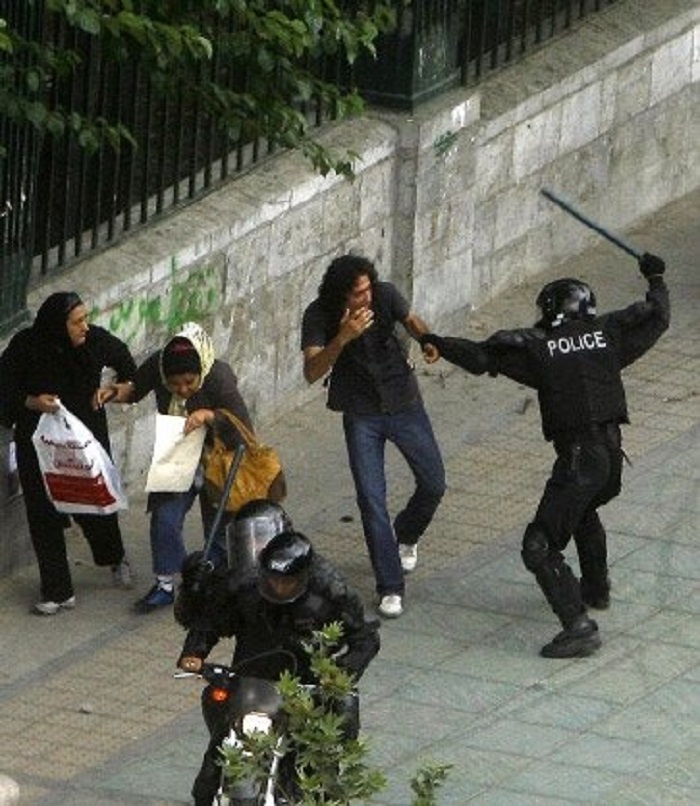 Archive Photo: Human rights are severely being violated in Iran

Last week, Iran Human Rights Monitor released its monthly report, detailing the Iranian regime’s human rights violations. During the month of August, the regime imposed heavy sentences on participants in the country’s Labor Day protest, striking workers from the Haft Tappeh Sugarcane Factory, and civil rights activists. Last month, more than 31 activists, workers, and journalists were sentenced to prison and lashes for their participation in protests.

Researcher Atefeh Rangiz was sentenced to 11 years, six months in prison and 74 lashes.

Journalist Marzieh Amiri was sentenced to 10 years, six months of prison and 148 lashes. She will serve six years of her term.

Nasrin Javadi was sentenced to 7 years in prison and 74 lashes.

A bus driver and member of the Syndicate of Workers of Tehran and Suburbs Bus Company Rasoul Taleb Moghadam was sentenced to 74 lashes, two years of prison, two years of exile, and a two-year ban on using smartphones.

Labor Activist Azarm Khezri (Nasrin Javadi), was sentenced to seven years of prison and 74 lashes. She will serve five years of her term.

Labor activist Farhad Sheikhi was sentenced to four months of prison and 5 lashes. His sentence was suspended for two years.

On August 14, nine more workers from the same factory were sentenced to eight months in prison and 30 lashes. Another worker was acquitted. 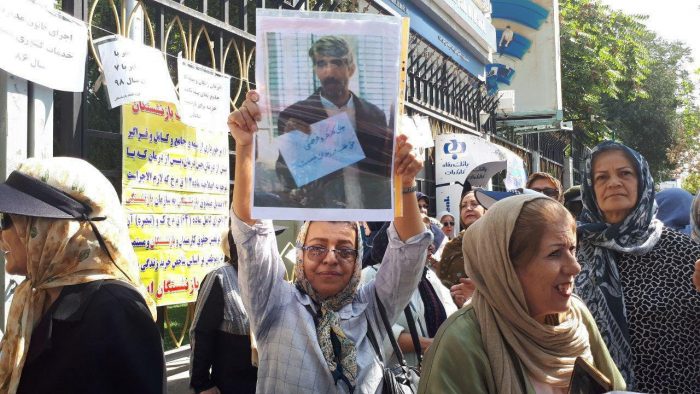 Hundreds of pensioners and teachers gathered in Tehran and Isfahan asking for their pensions. The protesters also called for the release of their fellow activists that had been imprisoned during the previous protests. August 26, 2019

Mohammad Taghi Falahi, head of the Tehran Teachers’ Association, was sentenced to eight months in prison and ten lashes for participating in a protest on Iran’s National Teachers’ Day. His sentence has been suspended for three years.

Women’s rights activist Saba Kord Afshari was sentenced to 24 years in prison for protesting the mandatory veiling laws and refusing to make a false confession.

Satirist Keyomars Marzban was sentenced to 23.3 years in prison for working for foreign media outlets.

At least 41 people were executed by the regime in August. Two of these executions took place in public. The actual number of executions is likely much higher, as the regime is known for carrying out its executions in secret.

July saw 41 executions across #Iran Only 17 such cases have been reported by the regime’s official news agencies. 2 of those were public hangings. 2 public floggings were carried out and more than 62 individuals were sentenced to lashes. @AmnestyIran @UNHumanRights @WebDPN pic.twitter.com/GpfQBTLMVk

Denial of Medical Treatment to Prisoners

Political prisoner Majid Assadi has been denied treatment for his Ankylosing spondylitis (AS) and has not been provided access to a physician for the last year. In September 2018, doctors additionally diagnosed Assadi with ulcers and intestinal inflammation, but he is not receiving medical care for any of his conditions.

Political prisoner Arash Sadeghi is being denied critical care for cancer. He received surgery in September 2018 to remove cancer but developed a postoperative infection after being immediately returned to prison. Without proper care, his arm has become paralyzed and swollen. Prison officials have refused to allow Sadeghi to return to the hospital to seek further bone marrow tests to see if his cancer has spread or to have additional, life-saving chemotherapy treatments. Amnesty International condemned the regime’s treatment of Sadeghi as torture.

I specifically urge the new UK government to support human rights, namely the suppressed human rights of the people of #Iran. I urge them to send an int’l fact-finding mission to Iran to visit the regime’s prisons and the political prisoners particularly, the women. #FreeIran pic.twitter.com/A1aMmRCom9

The NCRI and MEK condemn the regime’s human rights abuses and encourages all Iranians to support those who are protesting against the regime. The regime’s abuses will end when Iran is free.