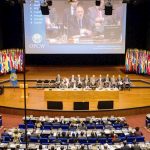 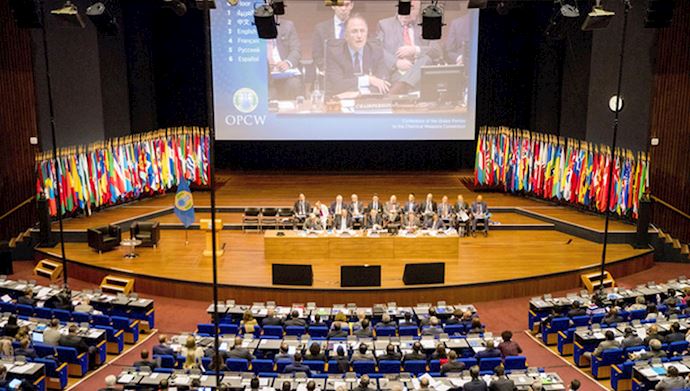 The Iranian regime has long relied on policies of appeasement by Western countries to facilitate its destructive and illegal weapons programs. Over the past two years, however, the United States and some European countries have begun to reconsider these policies because it has become impossible to ignore the regime’s atrocities at home and abroad.

The most recent example of the regime’s blatant disregard for the international community occurred a few days ago when the U.S, ambassador to the Netherlands Kenneth Ward accused the Iranian regime of failing to declare its weapons-related activities. This was in direct violation of Iran’s agreement with the Organization for the Prohibition of Chemical Weapons (OPCW).

Iran has been a signatory to the 193-member Chemical Weapons Convention since 1997. The anti-chemical weapons group is managed by the

Ambassador Ward made this allegation at the fourth annual meeting of the intergovernmental organization in The Hague. He said that he is concerned that Iran is developing “central nervous system–acting chemicals” for offensive military purposes.

Ambassador Ward cited three examples of the Iranian regime’s violations of the treaty. Iran failed to declare its capability to fill weapons with chemicals, it didn’t announce the transfer of chemical-filled shells to Libya in the 1980s, and it currently markets CR gas as a riot control agent at defense expos.

chemical munitions uncovered in Libya in 2011 appeared to have originated in Iran.

Damage Control by the Regime

Regime officials scrambled to deny the accusations and shift the blame. Bahram Qasemi, Iranian spokesperson for the regime’s Foreign Ministry said in his denial, “The reason for such claims is animosity towards the Iranian people.”

Regime Foreign Minister Javad Zarif ominously tweeted that the accusation against the regime was “dangerous.”

Previous Attempts to Blame the MEK

The Iranian regime’s attempts to shift the blame in regard to their use of chemical weapons is not new. In the 1980s, the regime used chemical weapons during the Iran/Iraq War and claimed the MEK was responsible for the attacks.

The MEK released a statement in 2004 revealing that the regime planned to use lawyers to pin the blame for the atrocities it committed in Halabja during the Iran-Iraq war on the Iranian opposition.

The regime’s chemical attack on Kurdish dissidents in Halabja during the final days of the Iran/Iraq War was the largest chemical weapons attack against a civilian population in modern history, according to the Federation of American Scientists. At least three thousand people died during the poison gas attack.

The chemical attack was planned by the Iranian regime to kill off Kurdish dissidents during the chaos of the final days of the war, but the regime successfully used propaganda to convince the world that Saddam Hussein was responsible for the attack. Later it became more convenient to accuse the MEK of carrying out the attack instead.

A year after the MEK warned that the regime planned to blame the MEK for the chemical attack, French lawyer of the former Iraqi head of state Emmanuel Ludot revealed that the Iranian regime’s ambassador to France, Sadeq Kharrazi,  had asked him to blame the gassing of the Kurdish dissidents on the MEK. In an interview with the Franco-English television network, ARTE, Ludot said, “The Iranian ambassador told me [to] say Iranians did not gas the Kurds … [that] this was the work of the MEK.”

Ludot gave another interview to Al Jazeera later that year, where he said: “I want to tell you a secret that may have dire consequences for me. The Iranian ambassador asked me personally to the embassy… the Ambassador told me to let’s make an agreement. We will say that Saddam didn’t attack the Kurds with [chemical] gas and you say that the Iranians didn’t attack the Kurds with gas. Then we will present a case that the PMOI has used these gases against the Kurds. Thus, the guilt will be on someone else and all of us will be safe. What do you think?”

The regime’s attempts to cover up its crimes have become more obvious to the international community. The world is becoming less willing to look the other way while the mullahs commit atrocities and pass the blame to its most convenient enemy. The Iranian regime poses a danger to the world.