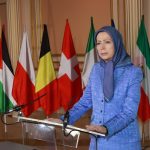 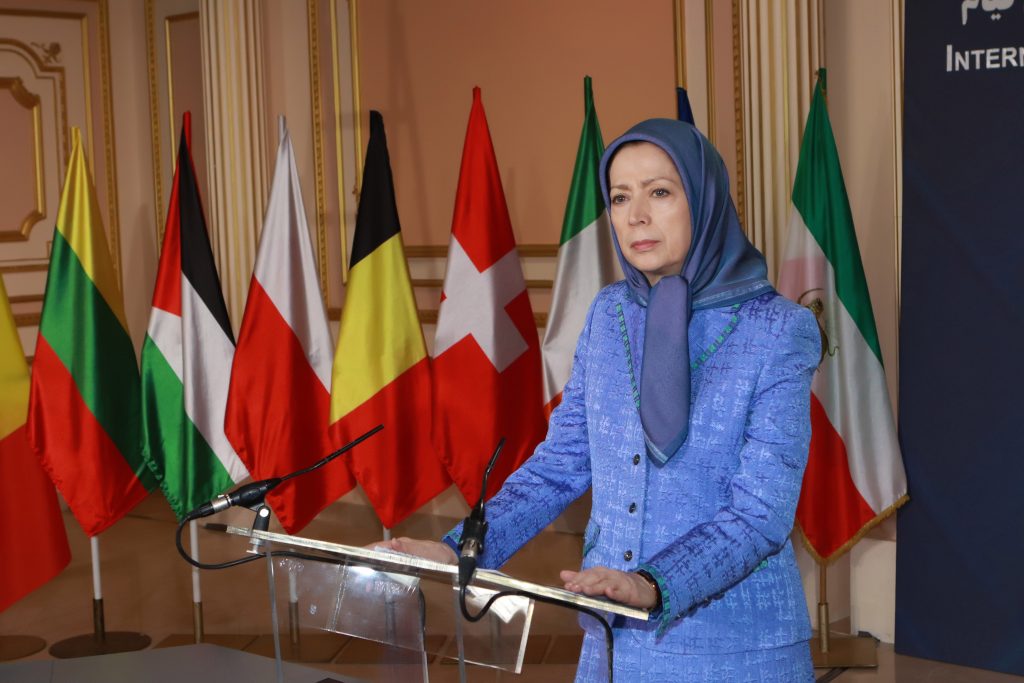 Maryam Rajavi, the President-elect of the National Council of Resistance of Iran (NCRI), speaks at a conference held on Feb 9, 2018, expressing concerns over the silence and inaction of Europe in the face mass arrests, torture, and execution of Iranian protesters.

On September 12th, Mrs. Maryam Rajavi, President-elect of the National Council of Resistance of Iran (NCRI), released a statement praising those who have staged recent strikes in cities across Iran. She also hailed the Kurdish people of Iran for protesting against the regime’s cruel attacks against the Kurdish people, including this week’s missile strikes against the headquarters of the Kurdistan Democratic Party and the Kurdistan Democratic Party of Iran, and the executions of Kurdish political prisoners in Iran.

Mrs. Rajavi called once again on the United Nations to take decisive measures to stop the Iranian regime’s crimes against humanity.

The international community has responded with shock to the executions of Ramin Hossein Panahi, Zaniar Moradi, and Loghman Moradi. The three Kurdish political prisoners were executed by the regime despite pleas from human rights groups. Amnesty International condemned the executions, saying,

“The trials of all three men were grossly unfair. All were denied access to their lawyers and families after their arrest, and all said they were tortured into making “confessions”. In sentencing them to death despite these massive failings in due process, the Iranian authorities have once again demonstrated their brazen disregard for the right to life.”

“Three #KurdishIranians political prisoners, #RaminHosseinPanahi, #LoghmanMoradi & #ZanyarMoradi were executed this morning at #RajaiShahr Prison in #Iran. Their execution is a war crime. The #IranRegime will be held accountable by the international community.”

Several Iranian political prisoners wrote their own messages condemning the executions, sending condolences to their families, and vowing that Iran would one day be free.

On Wednesday, merchants and shop owners in cities of the western provinces of Iran’s Kurdistan, Kermanshah, and West Azerbaijan went on strike. The strikes were in answer to a September 8th call to the Iranian people by Maryam Rajavi, who urged the people of Kurdistan as well as across Iran to rise up and protest the recent aggression by the Iranian regime toward the Kurdish community. In her call to protest, Mrs. Rajavi said,

“The mullahs’ anti-human regime is hell-bent on stepping up the atmosphere of terror and repression to extinguish the Iranian people’s uprising through suppression, executions, bombardment and missile attacks. But it will take that wish to the grave.”