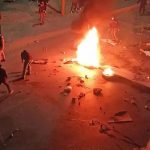 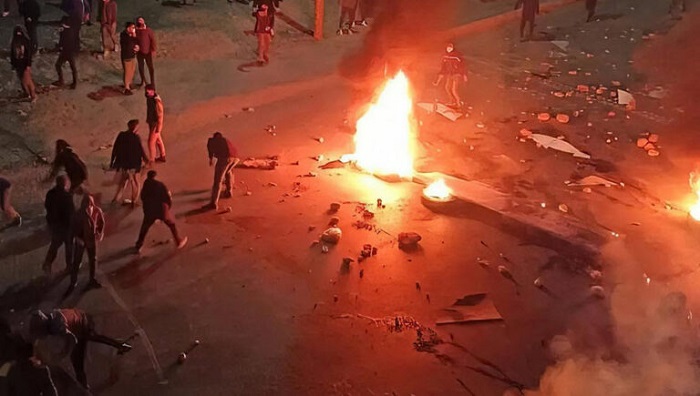 Iranians both inside and outside the country hold regime Supreme Leader Ali Khamenei and the Revolutionary Guards (IRGC) fully responsible for the regime’s atrocities and crimes against their country.

In desperate need of putting an end to the country’s ongoing protests, Iran’s ruling mullahs’ regime has been escalating its crackdown measures and threats, including issuing an increasing number of death sentences to arrested protesters. After executing four people arrested in recent protests that many inside and outside Iran are calling a revolution, the ruling regime is confronted with a nation determined to continue their campaign for freedom and democracy and refusing to back down in the face of the mullahs’ repression.

Protests in Iran have now spread to at least 282 cities. According to sources from the Iranian opposition People’s Mojahedin of Iran (PMOI/MEK)), the regime’s forces have killed over 750 people and arrested over 30,000. The MEK has released the names of 627 protesters who were killed. Official and contract workers of the Mobin Petrochemical Company in Asaluyeh, Bushehr Province, southern Iran, went on strike on Tuesday, demanding answers to long-unresolved issues.

Defrauded Ramak Khodro auto company investors held a rally and began protesting in Tehran, demanding their stolen investments be returned. In other news from the capital, students at Allameh Tabataba’i University protested the strict security measures imposed on their campus today.

According to social media reports, regime authorities moved Mohammad Ghobadlou and Mohammad Broghani to solitary confinement in Karaj’s Gohardasht (Rajaie-Shahr) Prison on Sunday night local time in preparation for their execution. Ghobadlou and Broghani were sentenced to death after being tortured into coerced confessions and without due process under regime laws.

Parents and others gathered outside Gohardasht Prison in Karaj, a major city west of Tehran, to protest and prevent the two young men from being executed by the mullahs’ regime. In their rally, the protesters began chanting anti-regime slogans such as “I will kill those who killed my brother!” and “This is the last message: another execution and more uprisings!”

Iranian opposition President-elect Maryam Rajavi of the National Council of Resistance of Iran (NCRI) has emphasized once again that the international community must take effective and practical measures against the regime’s killing sprees, torture, and executions.

May governments and international institutions respond without delay to the desire of the people of #Iran who are enduring suppression, torture, and execution.#StopExecutionsInIran pic.twitter.com/fI5scRxbcK

“May governments and international institutions respond immediately to the desire of the Iranian people who are subjected to suppression, torture, and execution,” the NCRI President-elect emphasized.