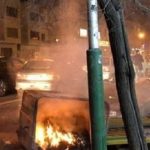 Written by Esmail Mohades on January 1, 2023. Posted in NEWS 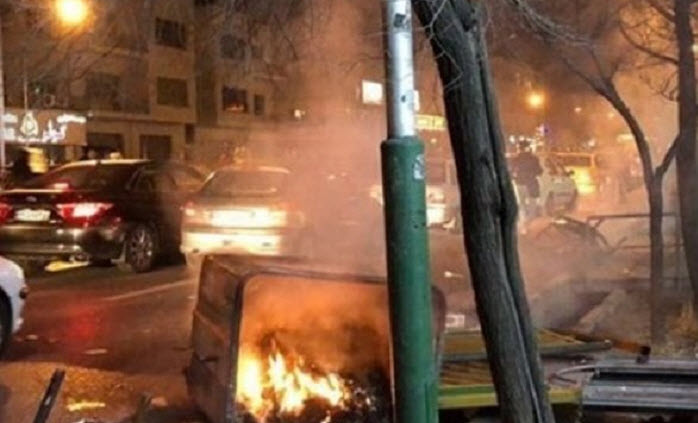 According to the latest reports protesters in at least 280 cities throughout Iran’s 31 provinces have taken to the streets for 105 days now seeking to overthrow the mullahs’ regime. Over 750 have been killed by regime security forces and at least 30,000 arrested, via sources affiliated to the Iranian opposition PMOI/MEK.

Following the death of Mahsa Amini, a 22-year-old woman arrested by morality police in Tehran on September 13 for allegedly violating the country’s strict dress code for women, the Iranian people continued their nationwide uprising for the 105th day on Thursday. In response to the event, protests erupted in at least 280 cities. According to sources from the Iranian opposition People’s Mojahedin of Iran (PMOI/MEK), the regime’s forces have killed over 750 people and arrested over 30,000. The MEK has released the names of 601 protesters who were killed.

On the same day, residents gathered in Tehran’s famous Beheshte Zahra Cemetery to commemorate the 40th anniversary of Hamidreza Rouhi’s death at the hands of the regime’s security forces. The ceremony quickly devolved into an anti-regime rally, with participants chanting anti-mullah slogans such as “Death to Khamenei!” and “Death to the dictator!” The area was surrounded by security forces. Participants in the ceremony began erecting roadblocks against the regime’s security forces, who retaliated by attacking the mourners and firing tear gas.

Similar ceremonies were held for another protester, Ali Abbasi, in the city of Isfahan. Participants were heard yelling, “Khomeini, be damned!” Locals in the western Iranian city of Dehgolan gathered to mark the 40th anniversary of Mohsen Niazi’s murder and began chanting “Death to Khamenei!”

People gathered in a village near the city of Marvadasht in Fars Province, south-central Iran, to commemorate the 40th anniversary of Arman Emadi’s murder by regime security forces. They began chanting anti-regime slogans, particularly condemning the Revolutionary Guards and the paramilitary Basij.

Locals gathered in Qazvin, northwest Iran, to mark the third day since Mehrdad Malak was murdered by the regime’s oppressive security forces. Authorities had dispatched two busloads of security personnel to quell the protests.

Locals in Izeh gathered for a memorial ceremony for Hamed Salahshour, who was murdered by the regime’s security forces.

Protesters in Gilan Province set up roadblocks on the Ramdasht-Rudsar road on Thursday night to seize control of their streets and prevent authorities from dispatching forces to quell their protests.

People in Mashhad, northeast Iran, took to the streets on Wednesday night, chanting anti-regime slogans such as “Death to the dictator!” in reference to Khamenei. Similar protests were witnessed and reported in Tehran’s Aryashahr, Saadatabad, and Ferdows districts.

Iranian opposition President-elect Maryam Rajavi of the National Council of Resistance of Iran (NCRI) praised the Iranian people, particularly the brave youth, for their unwavering protests against the mullahs’ regime, which is keeping the ongoing revolution alive.

“You, Iran’s valiant youths, have found the secret to victory and freedom, which is the expansion and continuation of the protests. No power can prevent the continuation of your uprising. Flogging, torture, and execution cannot counter your power of hope and faith,” the NCRI President-elect emphasized.

You, #Iran’s valiant youths, have found the secret to victory and freedom, which is the expansion and continuation of the protests. No power can prevent the continuation of your uprising. Flogging, torture, & execution cannot counter your power of hope and faith.#IranRevolution pic.twitter.com/VhStC6bG3R