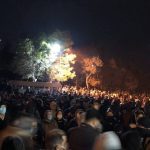 Written by Amineh Qaraee on November 17, 2022. Posted in NEWS 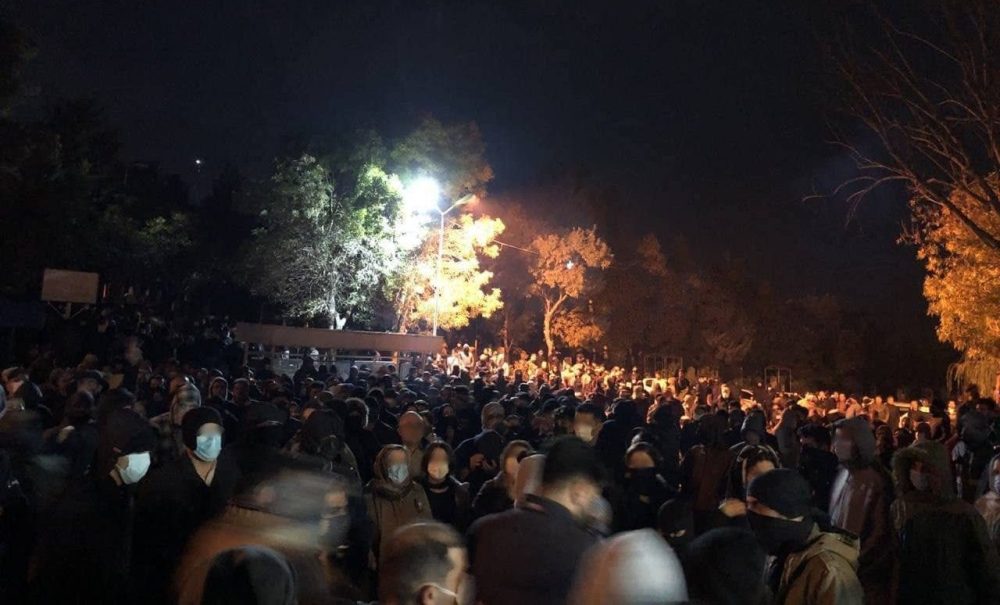 The nationwide anti-government uprising in Iran has now lasted more than 60 days. There has been little substantive change in the behavior of either the clerical regime or the protesters seeking its overthrow during that time.

However, the two-month mark was marked by the announcement of the first death sentence for a protester, as well as a new round of strikes on Kurdish areas in neighboring Iraq. The uprising began in mid-September after the death of Mahsa Amini, a 22-year-old Kurdish woman, at the hands of Tehran’s “morality police.” Authorities have conflated the accountability movement due to the early involvement of communities in and around her native Saqqez.

The same authorities publicly insist that other protests are the result of a conspiracy. Meanwhile, the People’s Mojahedin of Iran (PMOI/MEK), Iran’s leading pro-democracy opposition group, has credited its network of “Resistance Units” with organizing and unifying much of the unrest across more than 200 localities.

The recent announcement of a death sentence, which promises to be the first of many, has arguably heightened calls for formal rights of self-defense. Since the uprising began, the MEK estimates that approximately 30,000 protesters have been arrested, in addition to the 550 or so who have been killed outright by security forces and the Islamic Revolutionary Guard Corps. Earlier this month, 227 of the 290 members of Iran’s parliament voted in favor of capital punishment for those accused of inciting “riots.”

Earlier this month, it was reported that at least four people in Tehran had been charged with “enmity against God,” a broad offense punishable by death. As part of the first publicly announced round of legal actions against protesters, at least 1,000 people were indicted in the capital city. On Saturday, state media reported that ten men and one woman had been charged in connection with the death of a Basij militant, with some facing the similarly ambiguous capital charge of “spreading corruption on Earth.”

Josep Borrell, the European Union’s foreign policy chief, issued a statement on Monday demanding that the Iranian judiciary provide due process to its detainees, though such appeals are almost certain to fall on deaf ears in Tehran. The statement also stated that “the EU strongly condemns the unacceptable violent crackdown on protesters,” reinforcing the message behind new sanctions imposed by the EU and Britain on Iranian authorities.

These sanctions target 29 people and three organizations, including Iran’s Interior and Communications Ministers, senior police and military officers, and the English-language propaganda outlet Press TV, which is accused of actively suppressing accurate information about the uprising and crackdown.

The German Foreign Ministry boasted that a portion of the new EU sanctions target the “inner circle” of the Revolutionary Guards, the hard-line paramilitary organization for which Germany has recently urged terrorist designation. The US State Department imposed such a designation in 2019, and many Iranian regime critics argued that it was long overdue.

The Iranian people and Resistance welcome Canada’s ban on entry of Raisi, the henchman of 1988, and other high ranking clerical regime officials. I urge all governments to stand by the arisen Iranian women and men, and prevent further slaughter of youths in #Iran. pic.twitter.com/wcKlbYiz0y

Meanwhile, it was reported that the United Nations Human Rights Council would hold an emergency session to address the situation in Iran later this month, which could provide a new outlet for those efforts.

On Twitter, UN Watch’s Hillel Neuer responded by stating that the organization will “demand the establishment of an international Commission of Inquiry” into the crackdown, as well as reiterating its call for the Islamic Republic to be expelled from the UN Commission on the Status of Women.