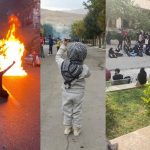 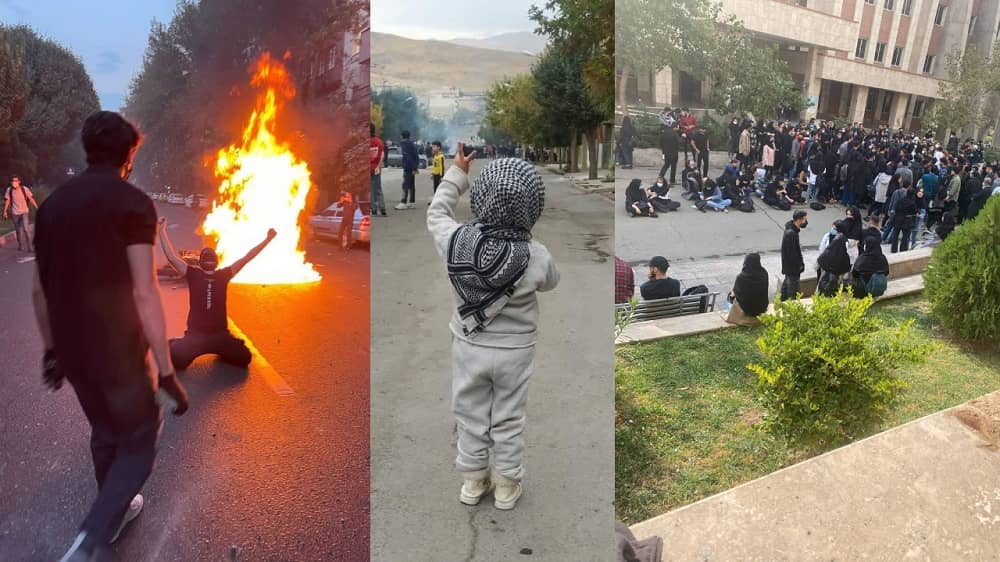 The ceremony commemorating the 40th day of Siavash Mahmoudi’s martyrdom was held in Tehran’s Behesht Zahra Cemetery on Tuesday, November 10, the 47th day of the 2022 Iranian uprising. People transformed the occasion into another set for the uprising. Siavash Mahmoudi, a 17-year-old young man, was shot and killed by Revolutionary Guards on September 21.

A large crowd attended the ceremony and chanted, “This year is a year of sacrifice; Seyyed Ali (Khamenei) will be overthrown,” “Death to the Supreme Leader after many long years of crimes,” “My dear Siavash, I will take your revenge,” “Mahsa, Hadis, Siavash, Iran is like flame,” “This perished flower is a gift to the nation’s freedom,” “We pledge to our companions, we will stand to the end,” “Khamenei is a murderer, his rule is null and void.”Additionally, on the 40th day of his martyrdom, Mohammad Rasool Momenizadeh was honored in Rasht.

On Tehran’s Hafez Street on Tuesday night, protesters staged their nightly gathering and blocked traffic by setting fire to the street. People demonstrated in Tehran’s Aladdin shopping center while yelling anti-regime chants. The suppressive forces attacked them with tear gas. The courageous youths set fire to a large pro-regime banner on Jumhori Street, opposite the Aladdin shopping mall, and the crowd supported them by chanting “Death to the dictator.”

People in Tehran-Pars honked their horns and chanted anti-regime slogans.  Despite the State Security Force’s brutal attacks, the night before, chants of “Death to the dictator” were heard from the windows in Ekbatan Township. From the windows of Narmak, Tehranpars, Payambar, and Shariati streets in Tehran, people chanted “Death to the dictator” and “I will kill whoever killed my sister.”

November 1 – Dehloran, western #Iran
Locals continuing the nationwide protests against the regime on the 47th night of the uprising.#IranRevolution2022#آزادی_آزادی_آزادی pic.twitter.com/E9VXIzhBEa

Youth held nightly demonstrations in Eslamshahr, Izeh, Marivan, Dehloran, Arak, Chabahar, Dara Abad, Divandarreh, and other cities, chanting “Death to Khamenei,” “This year is a year of sacrifice, Seyyed Ali (Khamenei) will be overthrown,” and “Death to the dictator,” and setting up roadblocks by fire. In Arak, repressive forces opened fire on protesters. In Dehloran, youth engaged in hit-and-run clashes with suppressive forces, injuring a teenager with gunfire. The brave youths of Bandar Abbas forced the SSF car to flee.

In Isfahan, the youth set up roadblocks by burning tires during their nightly demonstrations. Residents also chanted “Death to the dictator” in northern Eshraghi Street.

A group of Namazi Hospital’s medical staff members protested on Tuesday, and hundreds of residents of Sistan and Baluchistan province stopped mining operations at the Anjirak gold mine in Taftan.

“Let our foreign enemies know that we are monitoring them; if they cross Iran’s red lines, the Islamic Republic will respond decisively,” as the state-run Channel Four TV reported on November 1. “You are very vulnerable; we have intelligence and operational readiness. If you continue interfering in Iran and violate our national security, unity, interests, and values, we will destroy you”. 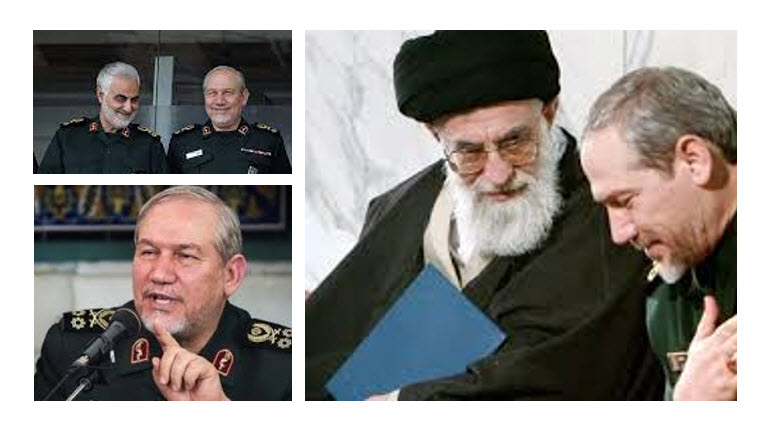