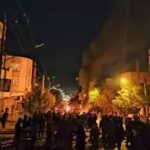 Iran’s mass demonstrations continue for 45 days in a row

Written by Esmail Mohades on October 31, 2022. Posted in NEWS 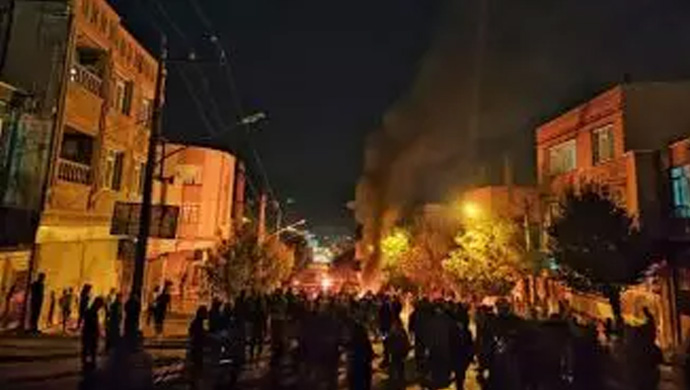 According to the latest reports protesters in at least 203 cities throughout Iran’s 31 provinces have taken to the streets for 45 days now seeking to overthrow the mullahs’ regime. Over 450 have been killed by regime security forces and at least 25,000 arrested, via sources affiliated to the Iranian opposition PMOI/MEK.

On Friday, Iran’s nationwide uprising entered its seventh week, with more cities and towns joining the anti-regime protests that the Iranian people are calling a revolution. Protests in Iran have now spread to at least 198 cities. According to sources from the Iranian opposition People’s Mojahedin of Iran (PMOI/MEK), the regime’s forces have killed over 400 people and arrested over 20,000. The MEK has released the names of 260 protesters who were killed. Locals held demonstrations after Friday prayers in Zahedan, resulting in intense protests. These large rallies are taking place just a few weeks after the regime’s security forces opened fire on peaceful protests in Zahedan, killing at least 118 people.

A large crowd had gathered during Friday’s protests, chanting anti-regime slogans such as “Death to Khamenei!” and “Death to the Dictator!” Clashes erupted as security forces attacked and fired on protesters. At least 12 civilians have been injured and some killed. A 12-year-old is among the dead, according to local reports.

Protests spread to other cities in the province of Sistan and Baluchestan, including Iranshahr, Saravan, Suran, Ashar, and Rask. Security forces fired on protesters but were unable to disperse them. Protests were also held in other cities throughout Iran, including Mahabad, Baneh, Birjand, Kermanshah, and Mashhad.

Thursday began with massive protests in Mahabad, where people buried a local protester killed by the regime’s security forces and responded to the regime’s crackdown measures by marching into town and torching the governor’s office, the municipality building, and numerous regime security forces buildings.

Throughout the day and into the night, protesters in Tehran’s various districts, Mashhad, Shahriar, several cities in Khuzestan Province, Bandar Abbas in the south, and others joined the anti-regime rallies. People were commemorating the 40th anniversary of Nika Shakarmi’s murder by regime security forces.

Protesters took to the streets in several Kurdish cities, including Sanandaj, Baneh, Bukan, Marivan, Mahabad, and others, as night fell. To prevent the regime’s security forces, locals began erecting roadblocks and seizing control of their cities and towns.

Authorities are also deploying a large number of security units in Zahedan ahead of a major rally called for Friday in the capital of Sistan & Baluchestan Province.

Tehranpars in Tehran, Ahvaz, and Zahedan have reported night rallies. Locals in Tehran’s Chitgar district took to the streets in large numbers to protest the mullahs’ regime, chanting anti-mullah slogans.

On Thursday, students protested in several cities across Iran, including Tehran, Karaj, Mashhad, Isfahan, and Malayer. “Death to the dictator!” and “Freedom! Freedom! Freedom!” were among the anti-regime slogans chanted by the students. The students also demonstrated their determination to continue protesting despite the regime’s brutal crackdown on the uprising by chanting, “For every person killed, a thousand will be replaced!”

Iranian opposition President-elect Maryam Rajavi of the National Council of Resistance of Iran (NCRI), praised Iranians across the country for continuing the anti-regime movement. “On the 42nd day of Iran’s uprising, protesters including freedom-loving doctors staged protests in Tehran, Karaj, Tabriz, Isfahan, Borujen, and Shiraz calling for the overthrow of the clerical regime, the enemy of Iran and Iranians. They will win a victory,” she emphasized.

IRGC troops & special guards have surrounded the School of Technology in #Amirabad, Tehran, & Azad Univ. of Mashhad. I urge the brave youths and ppl of Tehran & Mashhad to rush to their aid and break the blockade. Nothing is more powerful than people’s unity and fighting spirit.