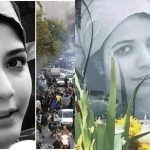 Written by Amineh Qaraee on October 23, 2022. Posted in NEWS 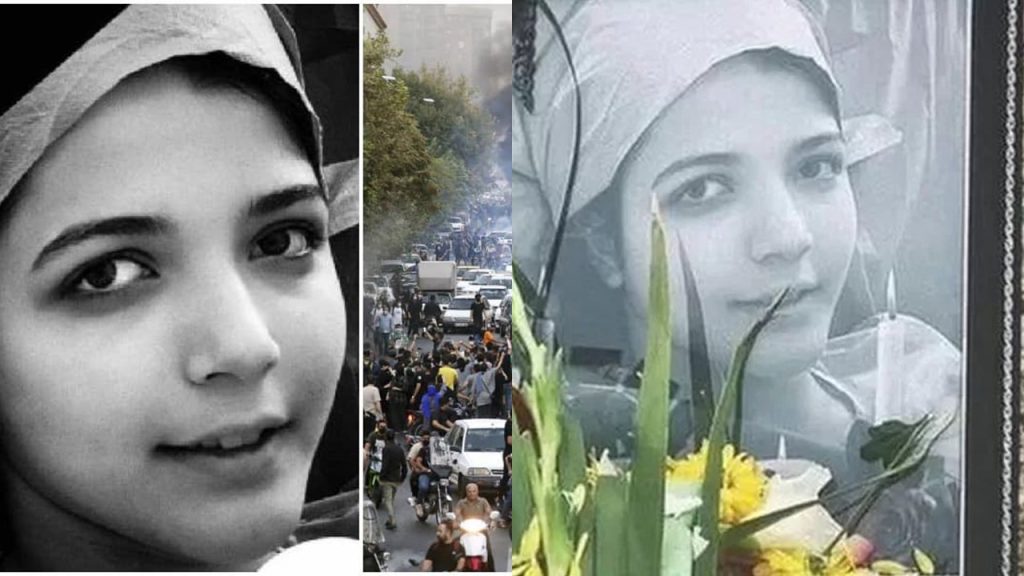 Asra Panahi, 16, lost her life after her Shaheed Girls High School was raided on Thursday. The brave student was among those who refused to sing an anthem in praise of Iran’s supreme leader, Ayatollah Ali Khamenei, as demanded by the occupying forces.

Refusing to sing the pro-regime anthem

The forces beat the group of girls for refusing to sing the pro-regime anthem, according to the Coordinating Council of Iranian Teachers’ Trade Associations. Panahi later passed away in a hospital from her injuries.

While Panahi’s uncle is rumored to have appeared on state television and stated that his niece passed away from a congenital heart condition, Iranian authorities have denied responsibility for her death.

In its 43-year history, the Islamic Republic is currently dealing with one of its largest and most protracted protests when the incident takes place. Iran has been engulfed in anti-government demonstrations for weeks after Mahsa Amini, a 22-year-old Iranian Kurd, was killed last month.

Mahsa, from Saqqez, Kurdistan Province, was in Tehran when morality police detained her on September 13 for disobeying the hijab law. She allegedly received physical abuse while being held, and she spent the following few days in the hospital in a coma before passing away on September 16 in the intensive care unit.

Her death infuriated many Iranians, who then accused security personnel of torturing her. She was not punished, according to Iranian authorities, who have insisted, and she passed away as a result of pre-existing conditions.

The protests sparked by her death have resulted in at least 215 deaths, including 27 children, according to the most recent statistics provided by the non-profit Iran Human Rights on October 17.

One film star publicly displayed her battered and bruised face after being summoned by Iranian security forces and held for several days, demonstrating that not even Iranian celebrities are immune to the brutal treatment of security forces. On October 12, Pantea Bahram, one of Iran’s most well-known actors, shared a picture of her battered face with her 685,000 Instagram followers.

The 52-year-old actress can be seen in the image sporting a swollen right black eye, a bruise that appears to be painful, and a graze on her upper lip. A few hours later, her profile picture reportedly underwent another change, according to local media.

The killing of children &attack on schools,shooting school children throughout Iran is a crime being perpetrated by Khamenei's thugs which needs to be addressed by UN Sec Council
If systematic killing of children is met with silence what is left of human rights#StopIranBloodshed pic.twitter.com/IYi2w01Ybw