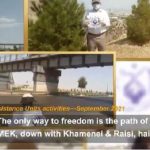 Iranians are determined to overthrow the mullahs’ regime

Written by Mohsen Aboutalebi on October 21, 2022. Posted in NEWS 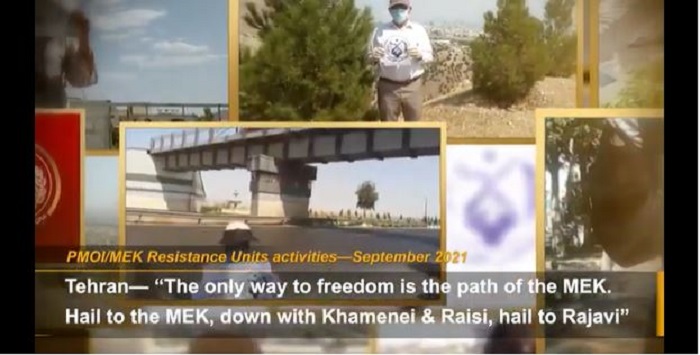 They pledged their support for the MEK’s reelected Secretary General Ms. Zahra Merikhi to overthrow the mullahs’ regime and to free Iran.

The fifth week of nationwide protests in Iran has begun. Despite the regime’s heavy crackdown, the uprising’s unprecedented endurance suggests that the situation in Iran will never be the same. Nonetheless, many so-called Iran experts in the West who previously claimed that another revolution in Iran was unthinkable to have changed their minds and begun to argue that the popular uprising is as spontaneous as it is leaderless.

Protests spread across the country

Protests began in response to the death of a young Kurdish girl in police custody and quickly spread across the country, morphing into what many observers consider a revolution.

Officials are terrified as protests continue despite the regime’s efforts to put them down. “Fear has been banished by society. People’s fear has now turned to anger,” former diplomat Nosratollah Tajik told the state-run Bahar news website on October 8.

Over 400 people killed and more than 20,000 arrested by the regime's forces. The PMOI/MEK has published the names of 241 killed protesters.#IranRevoIution2022#اوین#آزادی_آزادی_آزادی pic.twitter.com/X6eBZThthg

The regime’s supreme leader, Ali Khamenei, confirmed this fact. “These animosities will endure,” he told the Expediency Council on October 12.

This widespread demonstration revealed a tumultuous society where all socioeconomic groups are adversely affected by the regime’s corruption, incompetence, poor management, and routine human rights violations.

In such conditions, a new phenomenon started to take off and fuel public unrest. The MEK Resistance Units, which were founded in 2016, quickly rose to prominence among the disillusioned youth who had nothing to lose but a miserable future under the clerical dictatorship.

People from all walks of life take part

The current uprising is distinct in terms of demographics and geography. Protests have taken place in nearly 190 cities across Iran, with people from all walks of life taking part. From high school and university students to teachers and workers across Iran, the common goal is to bring down the regime.

People use slogans to attack the entire regime and bravely clash with fully armed security forces. Unlike what the regime and its apologists try to portray, Iranians’ demands go beyond simply removing some restrictions, most notably the mandatory hijab for women. Iranians understand, and Khamenei has repeatedly stated that any “change in behavior” or “step backward” results in the regime’s demise.

As a result, people only chant slogans like “death to the dictator, be it Shah or the [supreme] leader,” or “Seyed Ali [Khamenei] will be toppled this year.”

So far, Iran’s clerical regime has failed miserably to quell the society. Above all, as the MEK’s “Resistance Units” continue to operate across Iran, more youth are approaching the organization. The MEK’s Resistance Units have used their activities as sledgehammers to break the fearful atmosphere.