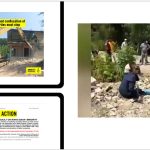 Written by Amineh Qaraee on September 5, 2022. Posted in NEWS 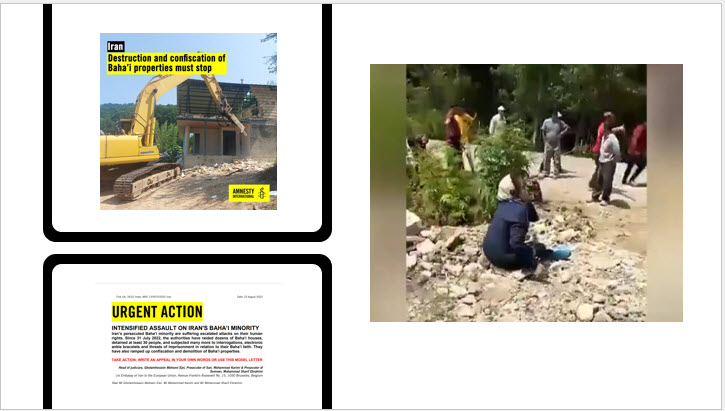 According to the Baha’i International Community (BIC), at least 68 people are currently imprisoned because of their faith, including those who have been imprisoned since 2013.

Amnesty International issued an urgent warning on August 23 about an intensifying assault on Iran’s Baha’i minority. The organization claims that prosecuted Baha’i followers are “suffering escalated attacks on their human rights.” “Since 31 July 2022, the authorities have raided dozens of Baha’i houses, detained at least 30 people, and subjected many more to interrogations, electronic ankle bracelets, and threats of imprisonment in connection with their Baha’i faith,” they reported. “They’ve also increased the confiscation and demolition of Baha’i properties.”

The UN also stated that “over 1,000 Baha’i individuals are currently facing imprisonment, including 26 Shiraz residents sentenced to up to five years in prison in June 2022 following an unfair mass trial.”The Baha’is recently celebrated the 200th birthday of their founder, Bahaullah. Iranian Baha’is are not only unable to hold such celebrations, but they are also subjected to inhumane harassment at the Baha’i epicenter by the Iranian regime.

Since assuming power in 1979, the theocratic regime has been persecuting religious minorities and dissidents. The mullahs led hundreds of Baha’i followers to the dungeons and gallows in their early months. The regime has also barred Baha’is from obtaining an education or working. The judiciary and security-intelligence apparatuses have frequently arbitrarily detained Baha’i followers and sentenced them to long prison terms.

Recently, approximately 200 government agents and police raided Roshankuh village, a Sari suburb, destroying and plundering Baha’i homes. Authorities reportedly sealed off the village before seizing all phones to prevent the news from spreading. The persecution of Baha’is is not a new phenomenon in Iran. For the past 200 years, Iran’s religious tyrannies have subjected this minority to various forms of ill-treatment. 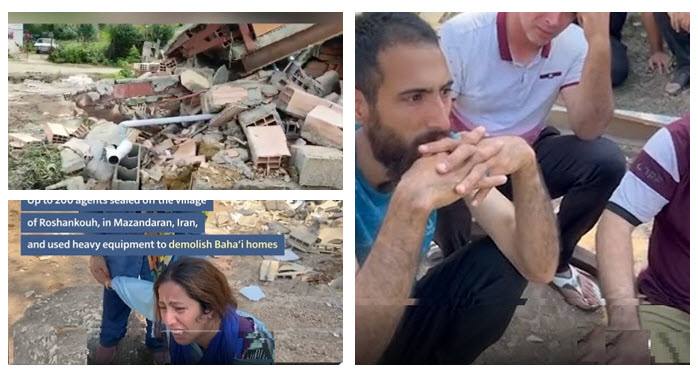 In October 2021, agents of the Ministry of Intelligence and Security (MOIS), plainclothes officers, and members of the State Security Forces (SSF) demolished 27 Baha’i homes in Sari, the northern province of Mazandaran’s capital. The operation was carried out in accordance with the ruling of the local Revolutionary Court.

The fundamental civil rights of the Baha’is weren’t taken away until the time of Islamic Republic founder Ruhollah Khomeini. The crimes against Baha’is were institutionalized by Khomeini and his thugs, who blatantly linked them to the “Small Satan” Israel and Zionism.

Iran’s Supreme Leader, Ali Khamenei, also issued an executive order seizing the property of dissidents, including Baha’is and political opponents such as members and supporters of the People’s Mojahedin of Iran (PMOI/MEK). Following the extrajudicial executions in the 1980s, the Executive of Imam Khomeini’s Order (EIKO) confiscated thousands of hectares from the victims, and Khomeini’s successors have continued this plundering to the present day.

Such atrocities have consistently galvanized Iranians from all walks of life, including ethnic and religious minorities, against the authoritarian regime. Today, the Iranian people frequently call on the international community to isolate the mullahs and hold them accountable for their heinous crimes against humanity, rather than welcoming them with open arms into international bodies. 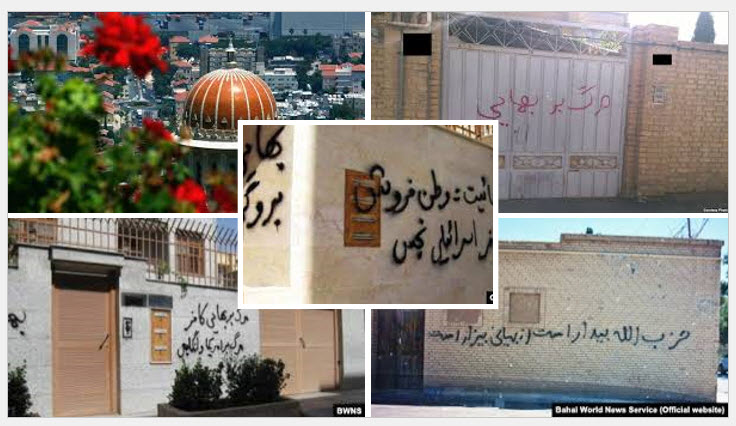 Despite their phony objections to the mullahs, the Shah, whether Rezakhan or his fugitive son Mohammad Reza, continued crackdowns on Baha’is during the Pahlavi dictatorship. To appease the mullahs, the Shah created a legal framework that allowed anti-Baha’i Hojjatiyeh organizations to commit various crimes against low-profile followers.