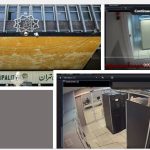 Written by Esmail Mohades on June 7, 2022. Posted in NEWS 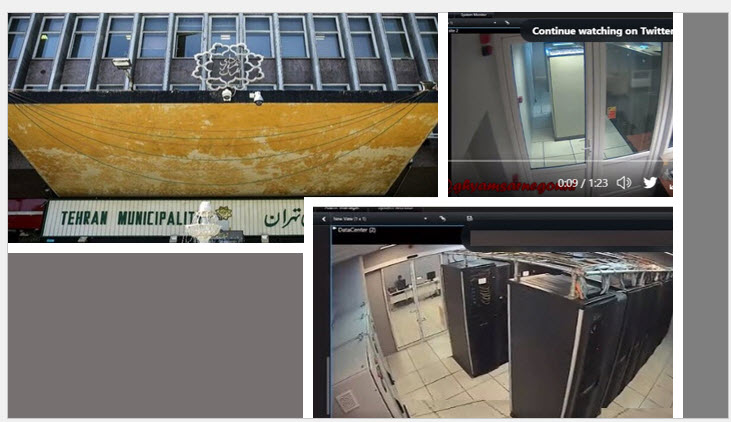 Tehran Municipality officials have issued a statement prohibiting their employees from turning on their computers from Monday, June 6, “until further notice,” four days after the takeover of the municipality’s servers, security cameras, platforms, and applications. The reasoning for these instructions, according to this statement published on Sunday, June 5, is “recent complications seen in the Tehran Municipality applications, particularly the internal portals across the city of Tehran.” Only “some devices” are to be activated to conduct “the most urgent matters” under the “responsibility of the highest officials” and in “coordination with the Tehran Information and Technology Protection Organization.”

On the anniversary of the death of the first regime’s supreme leader, Ruhollah Khomeini, the Resistance Units, a network of Iranian dissidents linked to the Iranian opposition People’s Mojahedin of Iran (PMOI/MEK), carried out a massive operation in which they took control of and decommissioned 5,138 closed-circuit cameras (CCTVs) installed at Khomeini’s Tomb, government centers, and various locations throughout the Iranian capital. This security camera network is managed from a central location in Tehran’s Municipality.

These cameras are installed in the offices of Supreme Leader Ali Khamenei, President Ebrahim Raisi, the Ministry of Intelligence and Security (MOIS), the Revolutionary Guards (IRGC), and the State Security Force Command (SSFC). This vast network is one of the clerical regime’s most important surveillance and suppression tools. These cameras have been used in recent years to identify and detain protesters participating in popular uprisings and protests. 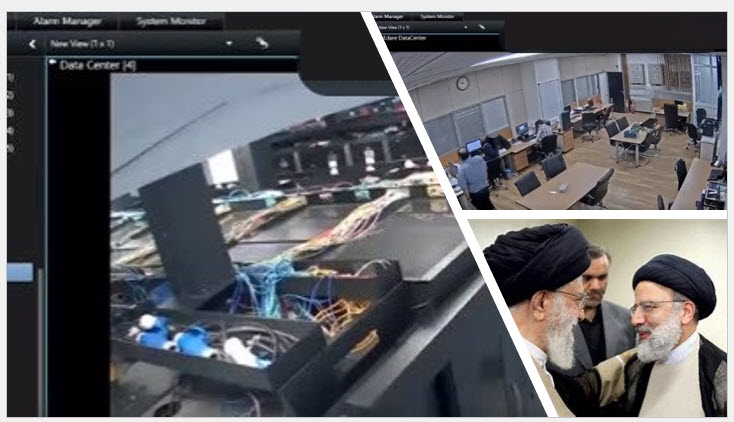 These cameras have been used in recent years to identify and detain protesters participating in popular uprisings and protests.

At 12:30 p.m. local time on Thursday, June 2, the Resistance Units took control of more than 150 websites and platforms of Tehran’s Municipality in a major operation planned months in advance. On the hacked websites and platforms, images of Iranian Resistance leaders Massoud Rajavi and Maryam Rajavi, as well as slogans such as “Hail to Rajavi, Damned be Khomeini, Death to Khamenei,” were aired.The Tehran municipality’s servers were used to send SMS messages to over 585,000 phones with the message “Damned be Khomeini, death to Khamenei and Raisi, Hail to Rajavi.”

269 CCTVs in Behesht-e Zahra Cemetery, 270 CCTVs in downtown Tehran, 1,377 CCTVs on Tehran’s expressways, 3,222 Milestone CCTVs in Tehran that were taken down, and complete details of 2,185 servers controlling these cameras, as well as 168 servers for the cameras and their security management, are all available.

This is the latest in a string of offensive actions by the Resistance Units against the regime’s agencies and ministries, whose primary mission is to spread propaganda, engage in censorship, and intimidate the public.

Hundreds of websites belonging to the Iranian regime’s Ministry of Culture and Islamic Guidance were defaced on Monday, March 14, at 9:30 a.m. Tehran time, with photos of Massoud and Maryam Rajavi. The web pages also contained a crossed-out picture of Khamenei and written slogans “Death to Khamenei. Viva Rajavi.”

According to reports, by 11 am, 64 websites had been defaced and shut down. Also down were at least 77 servers and 280 devices belonging to the Ministry of Culture.

More than a dozen state-run TV and radio stations were disrupted in January when footage of Massoud and Maryam Rajavi was broadcast alongside audio slogans such as “Death to Khamenei!” and “Viva Rajavi!”

As per sources providing reports from inside Iran’s TV and radio networks, “more than 400 TV and radio servers were offline and completely destroyed.”It took several weeks for the regime to recover from the attack and return to normal programming.