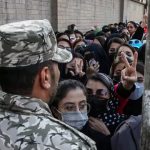 Written by Amineh Qaraee on April 4, 2022. Posted in NEWS 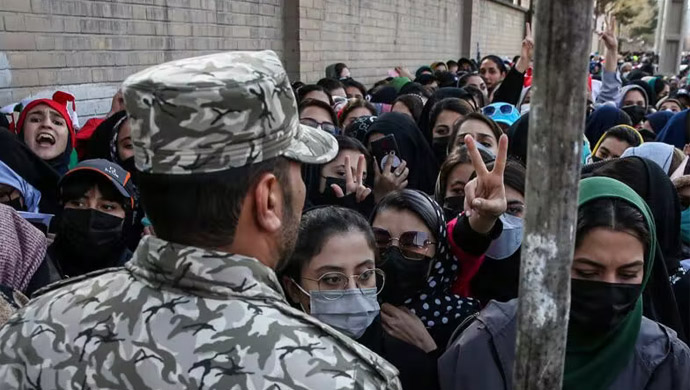 Hundreds of female soccer fans were attacked by Iranian regime security forces on Tuesday as they attempted to enter a stadium in Mashhad, northeast Iran, for a World Cup 2022 soccer qualifying match. To disperse the crowd, the regime’s oppressive security forces used tear gas and pepper spray.

According to the state-run ISNA news agency on Tuesday, regime officials had sold around 2,000 women’s stadium tickets. On the same day, the Iranian Football Federation claimed that only nine women had purchased match tickets. This appears to be an attempt by the mullahs’ regime to deceive FIFA by reporting the sale of 2,000 tickets to Iranian women while preventing them from entering the stadium in practice.

The regime’s governor in Mashhad told state media, “We were following orders from Tehran.” Ali Khamenei, the regime’s supreme leader, is well aware that even the tiniest rift in his high wall of domestic repression, particularly one caused by Iranian women, will have a long-term impact on his entire misogynist apparatus and across the country.

Since the 1979 revolution, the ruling mullahs have prohibited women from attending football matches in Iran. The Speaker of the Iranian regime’s Majlis (Parliament), Mohammad Bagher Ghalibaf, has called this issue “illogical,” and has directed the Majlis Domestic Commission to resolve it. In his remarks, the regime’s judiciary chief was particularly enraged, saying that “officials should have used their minds” to prevent such a challenge to the regime’s entire apparatus.

Under pressure from FIFA, the Iranian Football Federation allowed only a small number of women into a stadium for a World Cup qualifying match against Cambodia in October 2019. According to reports at the time, the entire scheme was a state-directed ruse. It was the first time that Iranian women purchased tickets and attended a football game without being forced to disguise themselves as men.

Prior to that, FIFA threatened to suspend Iran’s football team if the regime continued to deny women access to matches in September 2019. FIFA ordered Iran to allow women unrestricted access to stadiums, with the number of women determined by ticket demand.

The move came after Sahar Khodayari, also known as the Blue Girl, self-immolated in September 2019 in protest of a six-month prison sentence handed down by the regime’s so-called judiciary for circumventing the ban on women entering sports stadiums.

After that, it was hoped that women would be allowed to attend stadium matches. The Iranian Football Federation, on the other hand, has refused to allow women into stadiums for a variety of reasons. 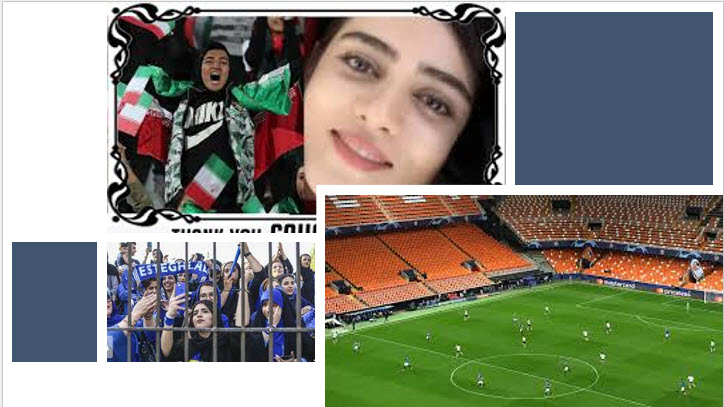 The move came after Sahar Khodayari, also known as the Blue Girl, self-immolated in September 2019 in protest of a six-month prison sentence handed down by the regime’s so-called judiciary for circumventing the ban on women entering sports stadiums.

Women were supposed to be allowed back into the stadium for a World Cup qualifier against South Korea in early October 2020, but a last-minute decision forced the event to be held behind closed doors due to the coronavirus pandemic.

FIFA must stand by Iran’s women and call for the mullahs’ regime to be suspended in accordance with international standards in order to protect women’s rights.

This incident has once again demonstrated the true nature of Iran’s misogynist and oppressive regime. The mullahs’ regime denies women, who make up half of the country’s population, their most basic rights in all aspects of social and political life, as evidenced by numerous human rights studies, including Amnesty International’s most recent report.