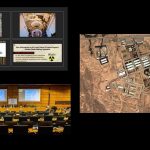 (PMOI / MEK Iran) and (NCRI): reports provided by the People’s Mojahedin Organization of Iran (PMOI / MEK Iran) have made the international community aware of the intentions of the Mullahs regime to build nuclear weapons capability.

In 2018, under his ‘maximum pressure campaign, former US President Donald Trump abandoned the Joint Comprehensive Plan of Action (JCPOA) and placed harsh penalties on the mullahs’ regime.

Since then, Iran has boasted about how they have broken the conditions of the agreement by speeding up their advanced centrifuge technology and enriching uranium to almost weapons-grade fissile level, according to the analyses of the National Council of Resistance of Iran (NCRI), and the People’s Mujahedin of Iran (PMOI / MEK Iran),.

The Biden administration is being ultra-cautious. However, Josep Borrell, the EU’s High Representative for Foreign Affairs and Security, told a news conference in Doha, Qatar, on September 30 that “talks would resume soon.”

Borrell expressed confidence that “within an acceptable period of time,” negotiations aimed at getting Tehran and Washington back into full compliance with the accord will resume.

Raisi demands that all sanctions are immediately lifted

The mullahs will not “waste an hour before returning to Vienna talks once a re-evaluation of the sixth round of nuclear talks” is finished by the new government of Ebrahim Raisi, the so-called “butcher of Tehran,” according to a spokesman for the Iranian regime, Saeed Khatibzadeh. Raisi is well-known for his role in the massacre of over 30,000 political detainees in 1988. Before talks on the nuclear issue can resume, he demands that all sanctions are immediately lifted.

Khatibzadeh declared aggressively that, “the Biden administration should finally make a decision: either it wants to preserve Trump’s legacy, or it wants to build Biden’s. This is a purely political decision.”

The JCPOA nuclear deal was bound to fail

From the beginning, Borrell was well aware that the JCPOA nuclear deal was bound to fail. It prevented IAEA investigators from inspecting any military-controlled locations in Iran. The agreement was catastrophically defective since nearly the entire secret nuclear program of the theocratic dictatorship was being constructed in military installations. Borrell, on the other hand, is keen to see the negotiations resume, even if it means lifting sanctions, reviving the mullahs’ economy, and re-funding their proxy wars and terrorist activities across the Middle East and around the world, as well as continuing their cruel repression at home.

For most sensible Europeans who value human rights and justice, the sham election of Ebrahim Raisi was the final straw, but not for Borrell. He even dispatched Enrique Mora, his deputy, to Tehran on August 5 to attend Raisi’s inauguration as president. With Amnesty International, Human Rights Watch, and even the United Nations calling for Raisi’s arrest for his role in murder and genocide, Europeans would have anticipated the EU to boycott the ceremony in Tehran.

The 1988 massacre of political prisoners

Due to its direct link to the 1988 massacre of political prisoners, primarily supporters of the People’s Mujahedin of Iran (PMOI / MEK Iran), based on a fatwa issued by the regime’s then supreme leader, Ayatollah Ruhollah Khomeini, the highest federal court in Switzerland has concluded that the assassination of Kazem Rajavi in Geneva in 1990 by the mullahs was a crime against humanity and genocide.

The current trial in Sweden of one of Raisi’s officials, Hamid Noury, who assisted with the 1988 executions, has only strengthened the claims of genocide and crimes against humanity. He was detained in Sweden on charges of war crimes and complicity in the massacre of 1988. Many are scratching their heads in astonishment that Europe’s top diplomat persists in having any form of conversation with this homicidal, criminal dictatorship and its terrorist godfather, despite the horrible proof in Stockholm.

Borrell’s reckless and misguided attempts to appease Raisi and his criminal gang must not be allowed to continue. The JCPOA is effectively dead, and now is the time to fire Borrell, stop talking to the Iranian regime, and restore Europe’s reputation by indicting Ebrahim Raisi and his henchmen for crimes against humanity and genocide.