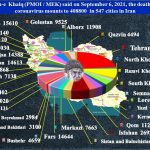 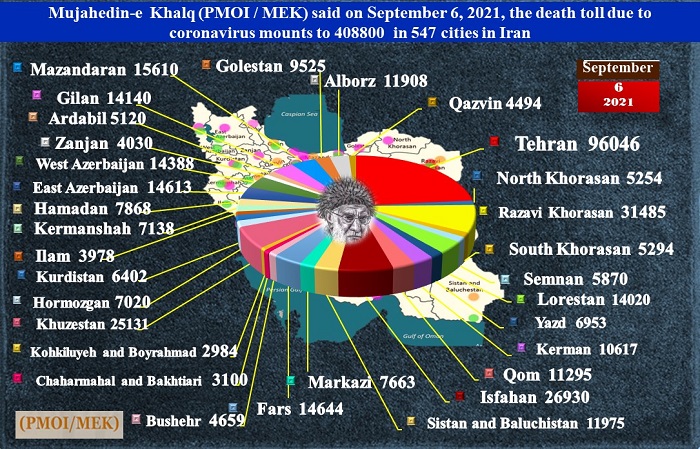 According to the Iranian opposition group The National Council of Resistance of Iran (NCRI), and the People’s Mujahedin of Iran (PMOI / MEK Iran), 408,800 people had died in Iran as a result of the Covid-19 outbreak as of September 6.

The MEK was previously responsible for the first major revelations about Tehran’s secret nuclear programme, which served to strengthen the credibility of its intelligence sources not just in Iranian public but also within government institutions.

The seriousness of the Covid-19 crisis

The MEK’s assessment of the seriousness of the Covid-19 crisis in Iran is backed up by evidence of regime officials concealing up aspects of the situation from the beginning.

According to documents from Iran’s National Emergency Organization, cases of coronavirus infection were discovered in early January 2020, but government officials did not recognise them until mid-February.

Officials continued to minimise it to the point of absurdity

Even once the regime admitted that the pandemic had reached Iran, officials continued to minimise it to the point of absurdity.

Threats of imprisonment and prosecution were issued for anyone caught “spreading propaganda” by disputing the regime’s official reports of a very gradual increase in infection and death rates.

Those reports reported a single-digit mortality toll for the whole country for much of February. Meanwhile, medical professionals and municipal officials in some of the hardest-hit areas told independent news sources and social media users that dozens of people had died only within their own jurisdictions.

(NCRI) and (PMOI / MEK Iran): The ascension of Ebrahim Raisi to the presidency coincided with an increase in Covid-19 casualties in Iran. Coronavirus

Covid-19 had been spreading inside Iran

Of all, the parades represented nationwide super-spreader events that might have easily been cancelled, given that Covid-19 had been spreading inside Iran with the government’s knowledge for weeks previous to those events.

Instead, the regime avoided taking responsibility for the pandemic not only before it was officially acknowledged, but also afterward, refusing to announce large-scale lockdowns and providing no assistance to Iranians who might have chosen to help the situation on their own by avoiding work and social situations.

Large-scale unrest was widely expected to continue repeating in Iran for the foreseeable future prior to the commencement of the pandemic. Despite the fact that protests took happen concurrently in more than a dozen provinces in January, they were rare after February 2020.

On at least one occasion, Khamenei told fellow regime officials that he believed Covid-19 might turn out to be a “blessing” because of this apparent pandemic effect. If that’s the case, it’s also possible that the dictatorship purposefully bungled the crisis to maintain this effect. 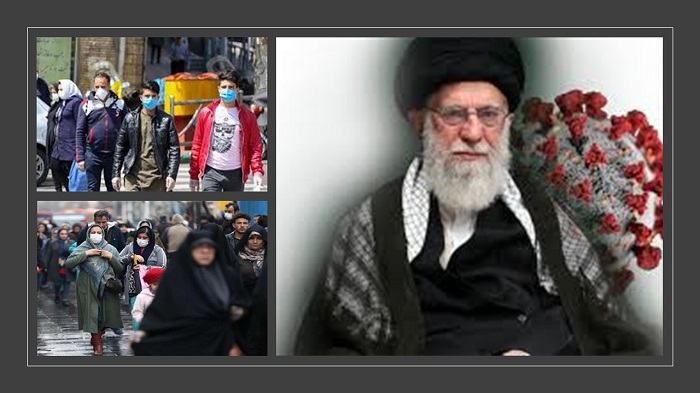 (NCRI) and (PMOI / MEK Iran): Iran is expecting more deaths on coronavirus, the officials are afraid of further unrest.

Khamenei prohibit the import of vaccines from EU and US

As part of an effort to quell dissent, the administration permitted a virus to spread among the general populace. That decision, in fact, is the only plausible reason for Khamenei’s subsequent decision to prohibit the import of effective Covid-19 vaccinations from the United States and Europe.

That decision aided in the spread of a “fifth wave” of diseases in Iran, which has resulted in daily death tolls of more than 2,000 people. Meanwhile, with the supreme leader’s knowledge, the IRGC has been distributing foreign vaccines through the underground market it controls. This has resulted in a situation in which the general public is experiencing an ever-worsening catastrophe.