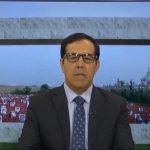 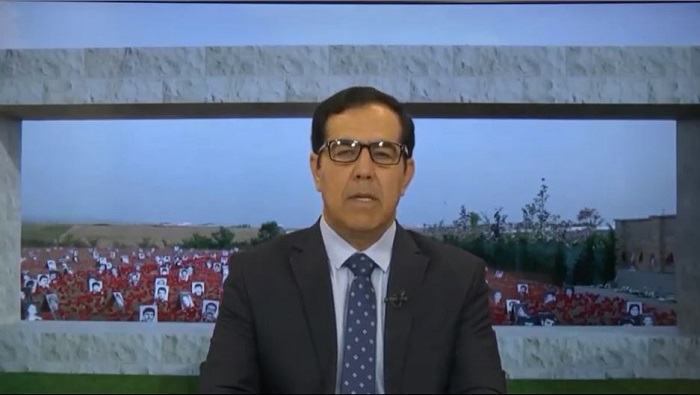 As Deputy Prosecutor for Tehran in the summer of 1988, Raisi became a key member of the capital’s “death commission,” which was tasked with carrying out a fatwa issued by the regime’s founder, Ruhollah Khomeini.

The religious decree maintained that groups opposed to the theocratic regime, particularly the the People’s Mujahedin of Iran (PMOI / MEK Iran), were fundamentally guilty of “enmity against God” and that its members should be executed immediately.

Over the course of three months, the Tehran death committee interrogated and executed over 30,000 political detainees, becoming the first of many similar committee across the country.

MEK members have now spoken out against the atrocities perpetrated by the regime and its officials.

“I spent 17 years in Evin, Ghezelhesar, Joint Committee, and Gohardasht prisons. During the massacre of political prisoners in 1988, I was at Gohardasht Prison and in the Death Corridor.

While acting as an assistant to the deputy prosecutor in Karaj’s Gohardasht Prison, Hamid Noury was involved in the killings. He was in charge of a high number of executions. He is currently on trial as a perpetrator of the massacre in Stockholm, Sweden’s capital.

Those who disagreed with the regime faced imprisonment, torture and ultimately death.

“A very sad and painful scene that I personally cannot ever forget is the scene of transferring two of my friends, supporters of the MEK, one of whom had received a brain injury in prison and suffered from extreme epilepsy. He was executed in that condition… I witnessed another one of my friends in the Death Corridor.

He was Nasser Mansouri. He had a spinal cord injury and was laying on a stretcher. He couldn’t even move. They brought him from the prison clinic to the Death Committee, the so-called trial set up by Khomeini, Raisi and Hamid Noury participated in it.” Mr. Jam added.

(NCRI) and (PMOI / MEK Iran):Publication of indictment and documents in the Case of Hamid Noury, Iranian Regime Henchman, by Swedish Prosecutor Authority.

Newly inaugurated president Raisi is considered to be one of the main perpetrators of the massacre. He was only 21 years old at the time of the executions.

“This cruelty was applied against civilians and prisoners.” Jam continued. “Behind these words was a sea of suffering and blood, grief, and resistance and perseverance. All those who have healthy hands, heads, and legs, and hear what I’m saying must know that a MEK member persevered until the last moment even as he was suffering from a spinal cord injury, or a brain injury, or epilepsy, and with the chant of ‘Long live freedom,’ ‘Hail to Rajavi’.”

I saw 12 people got up and left while chanting slogans such as Long live MEK… The guard shouted at them.

Since the failure to destroy the opposition movement’s leaders and important activists, the regime has focused on intensifying domestic repression, including death sentences, executions, and imprisonment of anybody considered a threat to the regime.

Human rights violations in Iran have long been disregarded by European and other western governments, who have turned a blind eye to some of the worst cases of abuse.