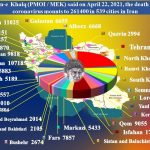 Written by Jennifer Jones-Kelley on April 23, 2021. Posted in NEWS 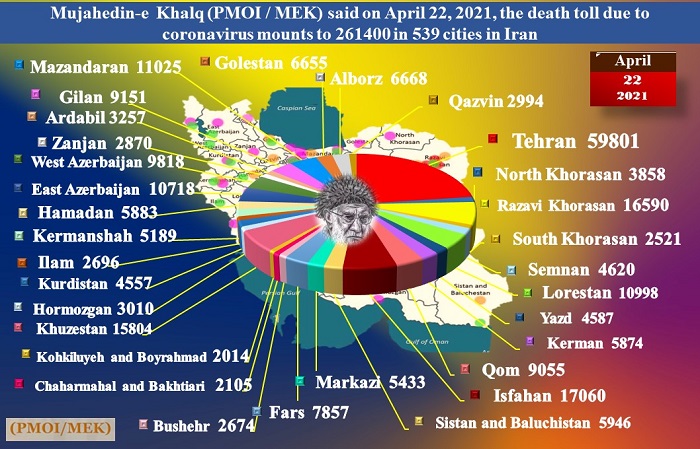 (NCRI) and (PMOI / MEK Iran): the regime officials announced that Iranians would now have to pay for a Covid-19 vaccine if they wanted to be protected from the virus anytime soon.

On April 19, The National Council of Resistance of Iran (NCRI), and the People’s Mujahedin of Iran (PMOI / MEK Iran), reported that the regime officials announced that Iranians would now have to pay for a Covid-19 vaccine if they wanted to be protected from the virus anytime soon. The news comes on the heels of a failed vaccine rollout that has left Iranians frustrated and angry at the government for not doing more to protect them during the pandemic.

More than 261,400 people in 539 cities in Iran have died of Covid-19 since the beginning of the pandemic last year, according to the most recent report from the MEK. This number is almost four times higher than the 68,366 deaths officially recorded by the Iranian regime, which has consistently downplayed the human toll of the deadly virus.

The Covid-19 pandemic has devastated Iran at a time when its people were already struggling with widespread poverty and social unrest. The regime reopened the country while infections soared, costing thousands of lives, it failed to disperse funds allocated for coronavirus relief to hospitals, and it exported personal protective equipment overseas while Iranian doctors and nurses went without.

Now Iranians across the country are demanding the regime provide a vaccine that will end the pandemic, but once again the government has shown that it is unwilling to safeguard the lives of its people. In January, Supreme Leader Ali Khamenei banned the import of U.S. and U.K.-manufactured vaccines, essentially bringing Iran’s vaccine distribution plans to a halt.

The government has imported a small number of vaccine doses from other countries, but they do not have a supply sufficient to vaccinate Iran’s population. The existing supply has been administered in an arbitrary manner that has left 80 percent of hospital nurses unvaccinated.

The Iranian regime’s solution to the vaccine shortage was announced on April 19 by Alireza Raisi, Spokesperson of the Coronavirus Task Force. “Vaccination is free, but people can also use the imported companies’ vaccines and pay for it,” he said.

His remarks were clarified later that day by the Red Crescent (the regime’s charitable arm), which stated that it would “import Covid-19 Vaccines in the upcoming days, but they will not be free.”

The MEK has stated repeatedly that the Red Crescent is connected to the regime’s illegal activities around the world. National Council of Resistance of Iran (NCRI) President-elect Maryam Rajavi has characterized the organization as a terrorist front for the regime. The Red Crescent “charity” now plans to import vaccines to Iran and charge people for them, while the rest of the world is vaccinated at either the expense of their government or the COVAX program.

On March 27, regime President Hassan Rouhani unveiled the plan that led to the new initiative. “We adopted a measure today allowing the private sector to import vaccines,” he said.

His announcement was greeted with skepticism by critics who noted that the “private sector” is overwhelmingly linked to the Revolutionary Guards (IRGC) and riddled with corruption. Many people feared that any vaccines brought into the country this way would be sold at inflated prices on the black market.

A number of pharmaceutical companies were quick to respond to Rouhani’s announcement with statements of their own emphasizing that vaccines are only distributed to government institutions and armies in order to be made available to the public free of charge. Vaccines are not sold to private entities.

It would appear that the regime has managed to find a loophole with the pharmaceutical companies by using its charitable organization to purchase the vaccines. Many if not most of the doses will likely end up on the black market being sold for even more than what the government plans to charge for them, placing the life-saving vaccine out of reach for most Iranians and making herd immunity next to impossible to attain.

State-run media reacted to the announcement with disgust. On April 19, Javan daily wrote, “Selling vaccines is nothing but corruption, distrust, discrimination, and creating black markets.”

The regime’s latest failure will undoubtedly have consequences. Government leaders have repeatedly underestimated the intensity of the anger and resentment among the people of Iran. A tone-deaf, cost-cutting announcement led to the November 2019 Uprising. The Iranian regime seems incapable of learning from its mistakes. 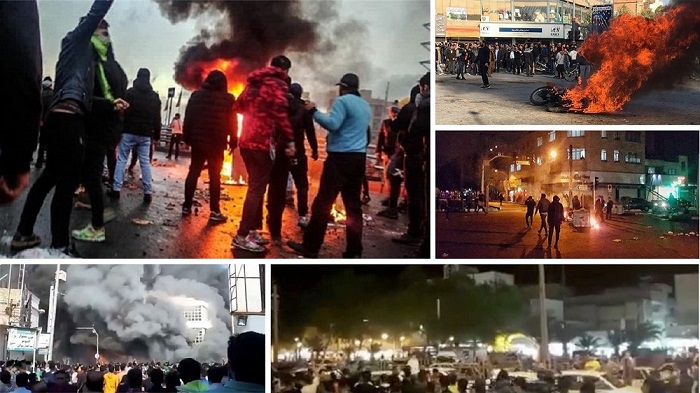