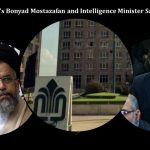 Written by Mohsen Aboutalebi on November 22, 2020. Posted in NEWS 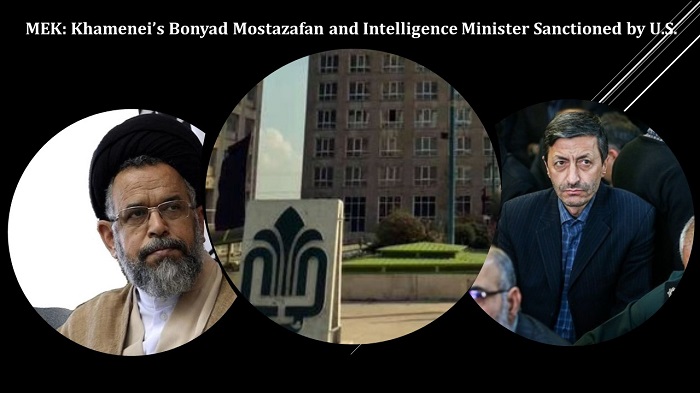 The MOIS specifically targets anyone who is a supporter or member of the (PMOI / MEK Iran). Its range of activities is not confined to the borders of Iran as the MOIS has attempted to assassinate (PMOI / MEK Iran) supporters and members outside the country as well.

The U.S. Treasury Department has just issued new sanctions against an entity owned by Iran’s Supreme Leader, Ali Khamenei, called Bonyad Mostazafan. This foundation was not the only entity sanctioned by the U.S. The Ministry of Intelligence and Security (MOIS) was also sanctioned at the same time. Both these two entities have been deeply involved in corrupt practices aimed at enriching the top leaders of the Iranian regime as well as suppression and repression of anyone in Iran who is a dissident or is involved in anti-regime protests, especially supporters and relatives of main Iranian opposition against the mullahs’ regime the People’s Mojahedin Organization of Iran (PMOI / MEK Iran).

The Mostafazan Foundation, also just known as the Bonyad, is a corporate empire running energy, finance, construction, and mining, a multi-billion dollar network of activities worth to Khamenei more than 2 billion dollars. The Foundation is also involved in confiscating properties of dissidents and ethnic and religious minorities.

Khamenei is personally involved in who runs the Bonyad. He appoints the chief of the Foundation, currently Pariz Fattah. His predecessor, Ruhollah Khomeini, gave the Bonyad considerable financial benefits including tax exemptions which allowed the Foundation to accumulate a huge fortune which was used as personal booty by the Iranian regime leaders.

In the preamble to the new sanctions, the U.S. Treasury Department issued an explanation for their decision which included the statement: “The Mostazafan Foundation and its holdings are expropriated from the Iranian people and are used by the Supreme Leader Ali Khamenei to enrich his office, reward his political allies, and persecute the regime’s enemies.”

The Minister for Intelligence and Security (MOIS), Mahmoud Alavi, was also blacklisted by the U.S. Treasury Department because of its association, together with the IRGC and state security forces, with bloody crackdowns on dissidents and protesters.

The MOIS agents have been described by former CIA operatives in the U.S. as some of the most ‘vicious’ agents in the world. The MOIS is thought to have a number of ‘safe houses’ scattered around Iran, which it uses to interrogate, usually under torture anyone it suspects is a dissident. MOIS agents also routinely act as interrogators inside Iran’s jails.

The MOIS specifically targets anyone who is a supporter or member of the (PMOI / MEK Iran). Its range of activities is not confined to the borders of Iran as the MOIS has attempted to assassinate (PMOI / MEK Iran) supporters and members outside the country as well. In 2018, for example, the MOIS used its agents disguised as Iranian diplomats to plant bombs designed to kill as many (PMOI / MEK Iran) members as possible.

Assadollah Assadi, an Iranian diplomat based at Iran’s Embassy in Vienna, Austria, was acting under the instructions of the MOI when he planned a bomb attack in France organized by the Iranian opposition. German and Belgian police caught Assadi and his accomplices. They are standing trial in Antwerp, Belgium, on terrorism charges.

The declaration of sanctions against the Bonyad and the MOIS by U.S. authorities should send a clear signal to the rest of the western world to condemn human rights violations in Iran and uphold the desire of the Iranian people for regime change and the creation of a free and democratic Iran.

As the president-elect of the NCRI, Mrs. Maryam Rajavi, said in a tweet: “The horrific slaughter of protesters in November 2019 and the massacre of 30,000 defenseless political prisoners, which the regime’s current leaders were involved in and continue to brazenly defend, are the most manifest cases of crime against humanity. The lack of action vis-à-vis the clerical regime’s continuing crimes against humanity is a scar on the conscience of humanity. As such, an investigation into these horrific mass murders and the prosecution of those responsible is the litmus test before the international community.”