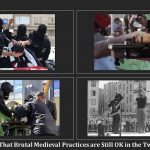 Written by Jennifer Jones-Kelley on November 12, 2020. Posted in MEK (PMOI) IN MEDIA, NEWS 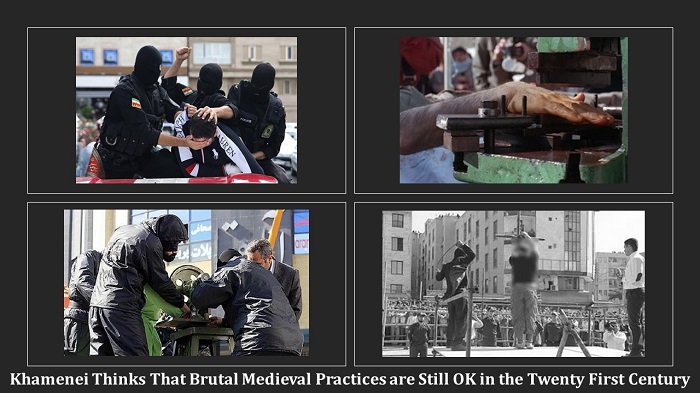 (PMOI / MEK Iran): Since President Hassan Rouhani took office, more than 4,300 people have been hanged, including a number of juvenile offenders.

Former member of European Parliament and longtime supporter of The National Council of Resistance of Iran’s (NCRI), and the People’s Mojahedin Organization of Iran (PMOI / MEK Iran),  Struan Stevenson penned an op/ed on United Press International’s website Tuesday that argued against reinstating the Iran nuclear deal. Stevenson wrote that the Iranian regime is both cruel and corrupt, and removing sanctions would enable the mullahs to secretly develop their nuclear program while continuing to oppress the Iranian people.

#Iranian American Communities supporters of The #PMOI #MEK #Iran, in the US, rally in front of WhiteHouse, Sept 22, 2020, to support the US’s call on the UN to SnapBack all sanctions on dictators ruling Iran and said EU must follow. pic.twitter.com/MGiuF73T8o

Stevenson described a video that went viral last week depicting Iranian police beating and torturing a man in the city of Mashhad. After police responded to a domestic disturbance call, Mehrdad Sepheri was dragged into the street and handcuffed to a pole. He was then tazed repeatedly and pepper-sprayed directly in the face while onlookers watched in horror. Sepehri was finally arrested and died in the back of a police car en route to the hospital. A doctor ruled that the cause of death was suffocation by pepper spray.

Amid increased repressive measures by the Iranian regime, the State Security Force (SSF) tortured and killed a 28-year-old man named Mehrdad Sepehri in the city of Mashhad with tasers and pepper spray.#Iran#HumanRightshttps://t.co/8MZbsILqP5

According to Stevenson, Sepehri’s death is typical for the Iranian regime. Since President Hassan Rouhani took office, more than 4,300 people have been hanged, including a number of juvenile offenders. It is important to note that Sepehri was not tried or convicted of any crime when he was murdered, so his death does not fall under the category of an execution.

The Iranian regime has shown that it has no problem with extrajudicial murders, as evidenced in the November 2019 Uprising. Regime security forces killed more than 1,500 protesters in the streets of Iran and arrested another 12,000 during last year’s nationwide protests, and many of those who were arrested currently await execution.

Stevenson argued that the mullahs have cracked down on dissent because of their fear of another uprising, but this has only increased unrest. He also stressed that the Iranian people have been disturbed by the regime’s disastrous response to the COVID-19 crisis, which officials consistently understate. According to the MEK, at least 150,700 people in Iran have died from COVID-19, but the regime has only confirmed 39,000 of these deaths.

The #PMOI #MEK #Iran has repeatedly called on the international community to adopt a firmer policy on nuclear development towards the regime and support the #Iranian peoples desire for the regime changehttps://t.co/dJ5kxaxUi9#IRGCTerrorWithoutBorders #coronavirus @USAdarFarsi pic.twitter.com/U1rjAa9O4P

The National Council of Resistance of Iran (NCRI) issued a report on October 16 describing a new nuclear site in the Sorkheh-Hessar region to the east of Tehran. The site was constructed between 2012 and 2017, dates that clearly overlap the Iran nuclear deal. It is worth noting that the NCRI presented the data on Iran’s secret nuclear program that led to the U.N.’s original sanctions in 2002.

The National Council of Resistance of Iran (NCRI) and People’s Mojahedin Organization of Iran (PMOI / MEK Iran) has said over and over that Iran has many resources and has no need for nuclear power. Mullah’s regime’s goal is to have nuclear bombs.

Stevenson concluded by noting that the Iranian people are angry and very close to overthrowing the clerical regime. Continued oppression by the mullahs will lead to an almost certain end to their rule.