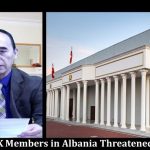 Written by Esmail Mohades on October 15, 2020. Posted in NEWS 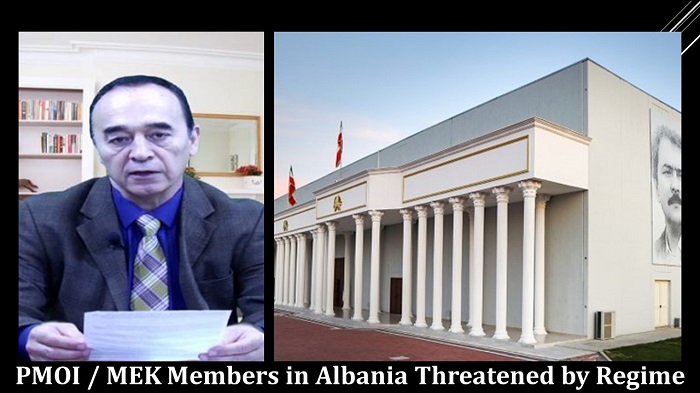 Mullah’s regime tries to keep themselves in power by demonizing the (PMOI / MEK Iran), through persistent campaigns. One of the worst things it has been doing is getting people into Albania who pretends to be relatives of the MEK, when in fact they are terrorists.

Ashraf-3 in Albania resident, Vahid Reza Dolatshahi, is a member of the Iranian resistance which fights for freedom and democracy in Iran, led by the People’s Mojahedin Organization of Iran (PMOI / MEK Iran). He reveals how over the last 4 decades the regime in Iran has tried to eliminate the MEK and in total 120,000 of its supporters have lost their lives for what they believe.

The Iranian regime has tried to destroy the MEK for the last 4 decades with 120,000 lives slaughtered, but it hasn’t succeeded. Today, top officials of the regime admit that it wouldn’t be long before the downfall of the regime.

He says that those who run the regime try to keep themselves in power by demonizing the MEK through persistent campaigns. One of the worst things it has been doing is getting people into Albania who pretends to be relatives of the MEK, when in fact they are terrorists. Also, when MEK relatives from Camp Ashraf in Iraq were returned to Iran, they were arrested and executed.

The Iranian regime and the Ministry of Intelligence (MOIS) resemble Hitler’s Gestapo. Here in Albania, the Iranian regime’s 2 allies are Gjergji Thanasi and Olsi Jazexhi.

“Iran has been one of the world’s most repressive countries for journalists for the past 40 years. State control of news and information is unrelenting and at least 860 journalists and citizen-journalists have been imprisoned or executed since 1979.”

This sort of treatment of journalists would be considered totally unacceptable in any other country around the world. Amnesty International recently published a report on Iran’s human rights abuses calling it: “Trampling humanity”.

One of the recent abuses by the regime that is especially worrying is the execution of a political prisoner called Navid Afkari, an Iranian national wrestling champion. He was a political prisoner, not a criminal, and should not have been executed just for taking part in an anti-government protest. These were the agencies who fought to free Navid from execution:

It claims to cover news about the Balkans but runs this:
"Our beloved General: Hajj Qassem Soleimani" pic.twitter.com/hOqL7c0kPN

Olsi Jazexhi tweeted: “that the laws of Iran are good and lenient, and I love that these laws are applied in Albania.” Having Iranian laws in Iran is like being in the dark ages especially in relation to the position of women who have been totally oppressed. It is quite terrifying when you see what is said in Article 83 of the regime’s penal code that punishments for women are stoning them. Why this is the case is because according to this law, a ‘’woman must be killed gradually and with pain and suffering.’’

MEP Delegation to Ashraf 3 Uncovers #Iran Regime Lies
A high-level delegation of members of the European Parliament, have just returned from a three-day-visit to Ashraf 3 – the new headquarters for #PMOI (#MEK) in #Albania.https://t.co/bCv4IrlVDV pic.twitter.com/o90Oc6EVQD

Some of the terrible things said about women are ‘’a woman’s blood money is half that of a man.’’ ‘’The age of puberty for women is 9 lunar years, i.e. about 8 years. Moreover, at this age, the father can marry a girl under 9 years old.’’

Vahid Reza Dolatshahi summarizes by saying ‘’this is my seventh year in Albania, and I thank Albanian people for their hospitality and humanity. They treat us like their own family. Politicians from the ruling party and opposition parties are united in their support for us.’’