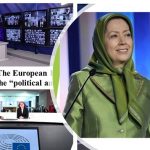 MEK: Rule Over Iran Only Possible Due to Mullahs’ Execution Policy

Written by Amineh Qaraee on October 11, 2020. Posted in NEWS 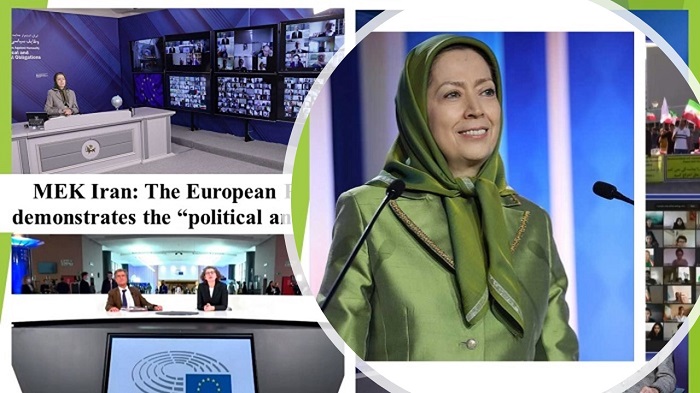 Despite the tragedy of COVID-19 the (PMOI / MEK Iran) has increased its anti-regime campaign using its internal network, the MEK Resistance Units.

Two days ago, Iranians living in Germany marked ‘’International Day against the Death Penalty.’’ As part of this event, there was a virtual conference called “Executions Means of Keeping Power.” The focal point for the event was outside the German Bundestag in Berlin. This was linked to hundreds of places throughout the globe using the internet.

Many of these speakers called on the E.U. to end its policy of appeasing the regime and take decisive action to support the democratic alternative in the form of the #NCRI and the People’s Mojahedin Organization of Iran #PMOI #MEK #Iran pic.twitter.com/O91qKWhqcY

Those who contributed included many well-known German personalities and MPs.

This virtual conference organized by the Iranian Resistance and the MEK is one of several similar virtual events organized in the past few weeks. The main them is the mullahs’ domestic repression of the people and a call for the international community to intervene.

At all these virtual conferences, Maryam Rajavi, President-elect of the National Council of Resistance of Iran (NCRI), played the keynote speaker role. The executions taking place in Iran were highlighted as a tool being used by the mullahs to suppress and scare the people.

Despite the tragedy of COVID-19 the MEK has increased its anti-regime campaign using its internal network, the MEK Resistance Units. These MEK Resistance Units’ have encouraged the country’s youth to be defiant and rebellious while the regime is using the pandemic ‘’to spread despair and establish fear in the society by increasing suppressive measures while controlling the powder-keg situation.’’

#MEK Resistance Units have not let up their actions. #Iran today is a powder keg ready to explode. It’s not a question of “if” but “when.” Recently, resistance supporters have been busy displaying signs showing their support #MaryamRajavi Massoud Rajavi with posters, banners. pic.twitter.com/wmYFkAttbm

Many German MPs and important speakers gave full support to the Iranian Resistance NCRI and (PMOI / MEK Iran) and they see themselves being embedded in the Iranian people’s neve-ending struggle for democracy, freedom, and gender equality in the country.

Prof. Rita Suessmuth, the German Federal Parliament Speaker (1988-1998) spoke about the inhumane treatment of Iranians as they suffer from the fallout of COVID-19 and the ruthless religious dictatorship. This included the execution of Navid Afkari, where Suessmuth emphasized that acts like this were the work of an extremist regime that must be stopped.

Message of Prof. Rita Süssmuth, former Speaker of the Bundestag: Iran's resistance is a peaceful & resilient solidarity movement. Undoubtedly, this movement is a thorn in the side of the regime & we hope they succeed.
.#NoDeathPenalty #StopExecutionsInIranhttps://t.co/LN5fo67lUq

Hermann-Josef Scharf, Vice President of the Christian Democrat Party in the Saarland State Assembly, had the following words to say at the virtual conference: “The mullahs’ regime is evil and against humanity. But words are not going to be enough. The EU and the UN have the means to use sanctions against human rights violations. All these mechanisms must be used. The regime murders because it is weak, and we must use all the pressure we can against it. The regime is also spreading propaganda to remove attention from the Iranian Resistance, NCRI and (PMOI / MEK Iran)”

Hermann-Josef Scharf, VP of CDU in the Saarland State Assembly: Iran's regime is evil & against humanity. The EU & UN have the means to use sanctions against human rights violations. All these mechanisms must be used.#NoDeathPenalty #NoImpunity4Mullahshttps://t.co/gGJVxRcptw

Madame Rajavi in her speech showed her sympathy for families of martyrs and victims of the mullahs’ crimes. “We must not let ambivalence towards these atrocities continue as the mullahs wish. We must not allow the execution of courageous youths in Iran to become normal and routine. We must arouse global outrage against the regime for every execution. We must not let political prisoners and dozens of combatant youths who are presently on the death row feel no one is supporting them.”

“Yes, they are backed by the people of Iran, the protesters, the MEK Resistance Units, and all combatants of freedom. They are backed by every freedom-loving Iranian who wants to bring to end hangings, torture, and repression. They can rely on this resistance which struggles to free Iran from tyranny and from religious and sexual enslavement. It struggles for an Iran where the death penalty is abolished and freedom, democracy, and justice reign supreme. Our people urge the international community to compel the clerical regime to free all detained protesters and all political prisoners,” Madam Rajavi concluded.

We must not let ambivalence towards these atrocities continue as the mullahs wish. We must not allow the execution of courageous youths in #Iran become normal and routine. We must arouse global outrage against the regime for every execution. https://t.co/sOrDm2gYrH