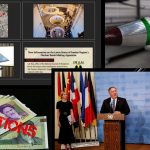 Written by Amineh Qaraee on September 29, 2020. Posted in NEWS 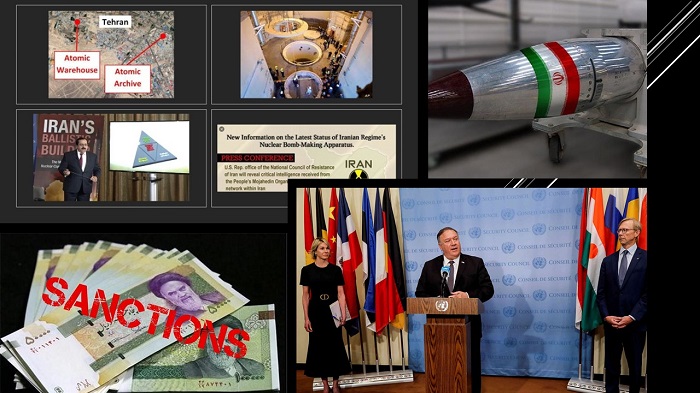 The (NCRI), through the reports provided by the (PMOI /MEK Iran) in 2002, made the international community becomes aware of the intentions of the regime to build nuclear weapons capability.

Last Saturday, the United States activated the snapback mechanism linked to the Joint Comprehensive Plan of Action (JCPOA), or the 2015 Iran nuclear deal as it is known. This is a major blow to the Iranian regime that was hoping that it would not become operational.

The Iranian regime now has to suspend its heavy water enrichment and reprocessing activities.

How is #Iran’s wealth spent or plundered by the mullahs' regime pic.twitter.com/hLwSKBtqSh

So, as far as the United States is concerned, the UN Security Council Resolution 2231 is no longer applicable and Resolution 1929 is what prevails when it comes to the interaction with Iran on the part of the international system.

This also means that foreign countries have an obligation to inspect any shipments to Iran that are deemed suspicious, after which they must be destroyed if they contain prohibited goods.

Last week, the state-run Arman publication reported on the situation and the potential consequences for the Iranian regime. It questioned whether the United States would actually be able to inspect ships and whether it would even want to take responsibility for the task. It will be an expensive task that requires plentiful resources for it to be worthwhile.

#Iranian Opposition Panel Discusses New #IAEA Report, #terrorism & #UN Sanctions
The regime stopped responding to the IAEA in 2008.
The #JCPOA swept everything under the rug, including D possible military dimension (PMD) of the #nuclear program. #Iranhttps://t.co/oJE8WFme9d

The Arman publication indicated that the US is possibly prepared to go this far considering the seizure of Iran’s ships heading to Venezuela. It also said that similar actions could be taken by the US in terms of preventing arms trades with Iran. It said that not only will this be costly for the US, but also for the buyers and sellers in the process.

With regards to whether the Iranian regime would be able to deal with such inspections and the other knock-on effects of the snapback mechanism being activated, the publication said that Iran has a couple of options. Firstly, it said that Iran could aim to get around the restrictions. It wrote: “ (…) the Iranian government should use the method of circumventing inspections in a limited way and consider it a victory for itself!”

It then said that the second possibility would be to “retaliate and start the final game by engaging in harassment or seizing U.S. allied ships in the region”.

These two options set out by the publication seem very fitting with the regime’s belligerence and are certainly possibilities of how the regime is going to deal with new restrictions.

It is worth knowing that the National Council of Resistance of Iran (NCRI), through the reports provided by the People’s Mojahedin Organization of Iran (PMOI /MEK Iran) in 2002, made the international community becomes aware of the intentions of the regime to build nuclear weapons capability.

Speaking about the situation, President-elect of the National Council of Resistance of Iran (NCRI), Mrs. Maryam Rajavi, warned the international community that a reduction of international sanctions is not going to allow the regime to abandon its belligerence. She said: “Ironically, it was under the auspices of the JCPOA that the Iranian regime’s terrorism ravaged Europe.”

the people’s Mojahedin Organization of Iran (PMOI /MEK Iran) has repeatedly called on the international community to adopt a firmer policy on nuclear development towards the mullahs’ regime and support the Iranian people’s desire for a radical change in the regime.

The best thing the international community could do would be to keep putting pressure on the Iranian regime. Its belligerence knows no bounds and it cannot continue acting with impunity.