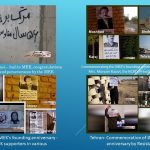 Written by Esmail Mohades on September 29, 2020. Posted in NEWS 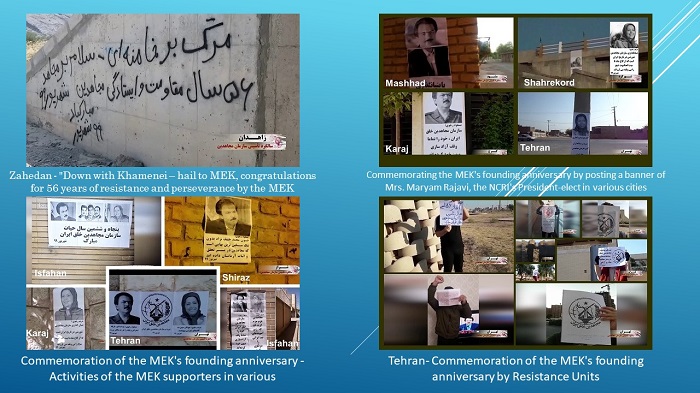 The youth’s supporters of the MEK protests are an indication of rising resentment and hatred towards the mullahs’ medieval regime.

Several hated Basij bases in Iran have been targeted by young Iranians supporters of the People’s Mojahedin Organization  (PMOI / MEK Iran) in the last few days. The Basij is a component of the Iran Revolutionary Guards, the IRGC, and have the specific job of attacking any sort of anti-regime protest on the street so Iranian cities, however peaceful they are. The Basij forces played a large role in the arrest and subsequent killing of many protesters in November last year.

In some Tehran suburbs, there have been further protests, mainly displaying burning images and banners of the regime’s Supreme Leader, Ali Khamenei, and the ex-IRGC commander, Qassem Soleimani, killed in January in Iraq by a U.S. drone.

The youth’s supporters of the MEK protests are an indication of rising resentment and hatred towards the mullahs’ medieval regime. Many Iranians are itching for the removal of the regime and the establishment of a free and democratic government.

It has become commonplace these days for various mouthpieces of the regime to mention their concerns about the rising influence of the MEK and its appeal to ordinary Iranians, especially the youth.

Bandar Abbas’s Friday prayer imam, Mohammad Ebadizadeh, warned about what he saw as the growing influence of the opposition (PMOI / MEK Iran), in Iran at Friday prayers on September 25th. “One day they raised the hashtag of no to executions, the other day they mention the issue of hijab to set a war for the country through the smallest subjects and unfortunately some youths get involved in it,” he said.

The MEK Resistance Units in Iran are becoming more active and vocal. They have called vociferously for regime change in many of Iran’s cities recently. Isfahan, Shiraz, Rasht, Mashhad, Hamadan, Arak, Kermanshah, Nishapur, Qazvin, and Sanandaj were just some of the cities where protests took place, including anti-regime slogans, expressions of support for the executed champion wrestler, Navid Afkari, and the president-elect of the National Council of Resistance of Iran’s NCRI, Mrs. Maryam Rajavi.

The very first anti-regime protests that the MEK organized back in 1981, when chants against Ruhollah Khomeini, the first Supreme Leader installed after the removal of the Shah in the 1979 revolution, were first heard. Khomeini’s thugs killed over 1,100 students and other young people protesting on September 27th that year.

Some of the slogans used by MEK Resistance Units in Iran have been: