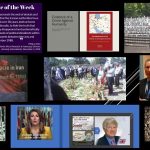 MEK Iran: Justice for 1988 Massacre in Iran Has Been Dragging on for Far too Long 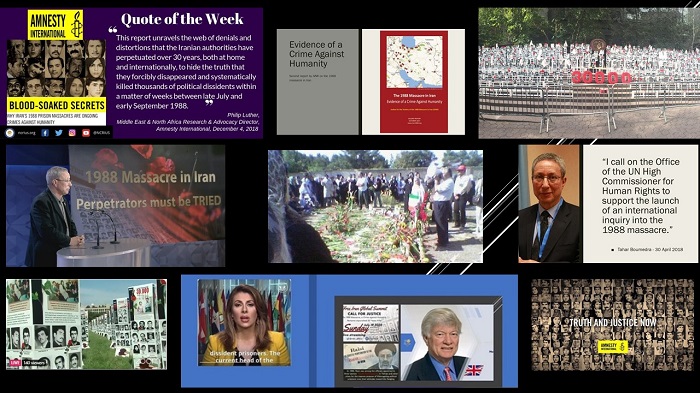 Khomeini issued a fatwa in mid-July 1988 which led to the secret mass executions of 30,000 political prisoners, many of whom were affiliated with the People’s Mojahedin Organization of Iran (PMOI / MEK Iran).

Even though 1988 is a long time ago, the massacre 30,000 political prisoners mainly members or supporters of the People’s Mojahedin Organization  (PMOI / MEK Iran) of Iran’s main opposition group has never been forgotten, meaning justice is still being sought. At the recent session of the United Nations Human Rights Council, its office in Geneva has distributed a joint statement in writing filed by 21 international Non-Governmental Organizations who are actively seeking justice for the 1988 massacre perpetrators.

What the statement said

‘’We appeal to the United Nations (UN) and its Member States to investigate the 1988 massacre of political prisoners in the Islamic Republic of Iran and to hold the perpetrators of that ‘ongoing crime against humanity’ accountable.’’

Iranian officials construe silence/inaction by the global community as a green light to step up their crimes & crack down with impunity on present-day protesters. Time for accountability & justicehttps://t.co/gmufbgJxMs pic.twitter.com/MfM5YMxy4m

What caused the 1988 massacre?

Supreme Leader Ayatollah Khomeini issued a fatwa in mid-July 1988 which led to the secret mass executions of 30,000 political prisoners, many of whom were affiliated with the People’s Mojahedin Organization of Iran (PMOI / MEK Iran). Their bodies were thoroughly disinfected and ended up in being buried throughout the country in mass graves.

Who is calling for accountability and justice?

Morgan Ortagus on 17th July 2020, as a state department spokesperson for the United States, has asked the international community to initiate an independent investigation into the 1988 massacre with the aim of providing accountability and justice.

In 2017, an investigation by London-based NGO, Justice for the Victims of 1988 took place. It revealed the identities of 87 Death Commission members many of these today still hold the most senior roles in the Iranian Judiciary or government such as Chief Ebrahim Raisi and Justice Minister, Alireza Avaei.

In 2018, Amnesty International investigated the massacre and announced that Khomeini initiated a decision to carry out these murders when he was told to accept an UN-backed ceasefire in the Iran-Iraq War. Amnesty International requested that the UN initiate an independent investigation so that those responsible could be punished.

Reuters reported the following “After days of protests across Iran last month, Supreme Leader Ayatollah Ali Khamenei appeared impatient. Gathering his top security and government officials together, he issued an order: Do whatever it takes to stop them.

Mrs. Maryam Rajavi, the President-elect of the National Council of Resistance of Iran,  said earlier: “The world community’s silence and inaction have emboldened the religious fascism ruling Iran to continue and intensify its anti-human crimes against the Iranian people.

Current &former Iranian officials must not be allowed to shield themselves from accountability 4 the mass extrajudicial executions through campaigns of disinformation & threats of reprisals against anyone looking to shed light on them. #1988Massacre @KarenPierceUN @SwedenUN pic.twitter.com/MBpRldkZzu