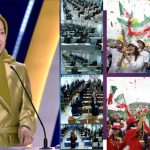 Written by Esmail Mohades on August 5, 2020. Posted in NEWS 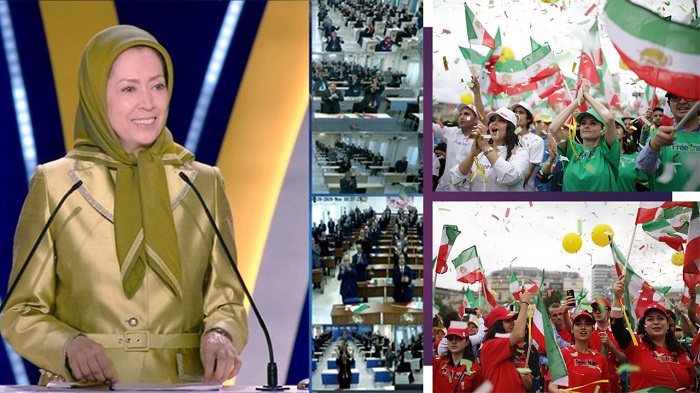 The National Council of Resistance of Iran (NCRI): Opposition’s successful Free Iran summit was a major blow to the Iranian regime.

The biggest threat to the Iranian regime’s existence is the People’s Mojahedin Organization of Iran (PMOI / MEK Iran) – its main opposition. For decades, the Iranian regime has tried to destroy the (PMOI / MEK Iran), but it has only made the opposition more determined to achieve its goals of a free Iran where the people can enjoy democracy, freedom and the respect of human rights.

What is the duty of the National Council of Resistance of #Iran? #FreeIran2020 pic.twitter.com/lkKurFUsZ3

Every year, the Iranian Resistance holds its Free Iran gathering. This year it was held online because of the Coronavirus pandemic, but it has been a massive success like the gathering in previous years.

The Iranian regime tried hard to jeopardize the massive online gathering with cyberattacks and so on, but it failed. The online gathering saw people from more than 100 countries gather together online to support the people of Iran and the Resistance.

Following the event, the regime has made a few comments about it. Firstly, it has tried to dismiss the significance of the (PMOI / MEK Iran), saying that it has very little following. The country’s deputy foreign minister described the MEK as “a small and hopeless group”, for example. The commander of the country’s Air Force said that the MEK is a forgotten group. And a member of the country’s parliament said that “the support of Iran International TV for the MEK is just artificial respiration to a group that has no social base in Iran” and that the MEK “was destroyed many years ago”.

The regime is concerned about the international support that the MEK has. During the recent Free Iran gathering, it was very clear that the MEK and the people of Iran are supported by hugely influential figures across the world and that they are going to continue supporting their quest for freedom from the mullahs’ regime.

A spokesperson for the regime’s Foreign Ministry said: “We will not forget the past and present support of some countries for these hated terrorists.” This indicates that the regime is very well aware that the international support for the MEK is substantial.

1) The #Iranian regime has been spending billions of dollars inside and outside #Iran through its lobbyists with fake news, struggling to demonize the #MEK and #NCRI. The regime’s goal is to portray that the regime has no alternative.https://t.co/8zkKZbRBlt

What is more concerning is that the Islamic Revolutionary Guard Corps (IRGC) said recently that it will be “reviewing” the history of the MEK and “keeping their case open”, indicating that there may be a further crackdown on the opposition group.

As many of the speakers highlighted, the regime’s animosity and brutal targeting of the MEK are testaments to the MEK’s viability and effectiveness.