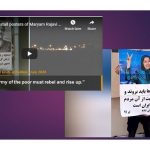 MEK Has Kept Its Popular Presence in Iran 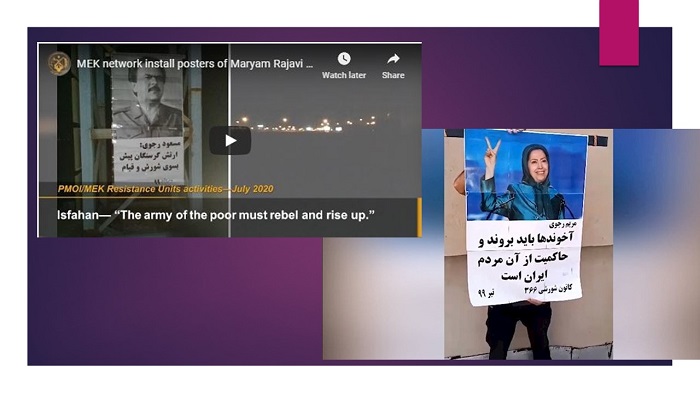 MEK increases its influence in Iran and This fear is affecting the Iranian regime.

As the MEK increases its influence in Iran, the mullahs of Tehran fear for their survival. This was mentioned at Friday prayers last week and comes just after the successful annual meeting of the Iranian Resistance called the “Free Iran Global Summit 2020,” which linked 30,000 places in 102 countries, including Iran and Ashraf 3, the MEK’s base in Albania. Despite limited access to the internet in Iran, there were many viewers in attendance at this successful conference.

This fear that is affecting the Iranian regime is due to the ongoing activities of the Iranian resistance and in particular the support given to the Free Iran Global Summit that took place just last week. Between July 21st and July 24th, the resistance organized activities in support of the virtual conference that was taking place. The key cities where the resistance was present include the following:

Their slogans read that could be heard included the following:

While this was taking place, rebellious Iranian youth continued to target the regime’s terrorist bases. This included 8 IRGC Basij bases which were set on fire in the following cities:

Basij is a dangerous paramilitary force and is affiliated to the IGRC which is a terrorist force used to tear up protests and demonstrations like the countrywide protest in November 2019. In Tehran, a base for spreading Islamic fundamentalism was burnt to the ground by brave Iranians. Also, in publicly accessible places in Tehran, Zahedan, Khorramabad, Qom, and Shahr-e Rey, where there were billboards of the Iranian regime’s Intelligence Ministry and pictures of (Ali) Khamenei and Khomeini and Qassem Soleimani, all of these were completely burnt.

The resistance units also celebrated the 1988 anniversary of the Eternal Light Operation when on July 25th of that year the National Liberation Army (NLA) unleashed its biggest onslaught called “Eternal Light,” when the Iranian regime was targeted and there were 55,000 casualties. It was in the 80s, following the oppressive activities commanded by Khomeini which resulted in thousands of members of the opposition being executed, the MEK then transferred its headquarters to Iraq, where camp Ashraf was established and the National Liberation Army came into being.

In the summer of 1988, the mullahs’ regime founder, Ruhollah Khomeini, ordered the execution of 30,000 Iranian political prisoners. This was a warning to the People’s Mojahedin Organization of Iran (PMOI / MEK Iran) that the regime wanted to see the end of the resistance units.

As Mrs. Maryam Rajavi, the President-elect of the National Council of Resistance of Iran (NCRI) said in her speech at the Free Iran Global Summit: “By his fatwa sanctioning the 1988 massacre, Khomeini intended to annihilate the generation of the (PMOI / MEK Iran), just as the Mongols did in Iran, to guarantee his rule.”