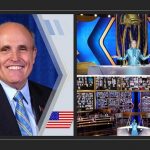 Iranian Opposition Proceeds With Virtual Rally Against the Odds 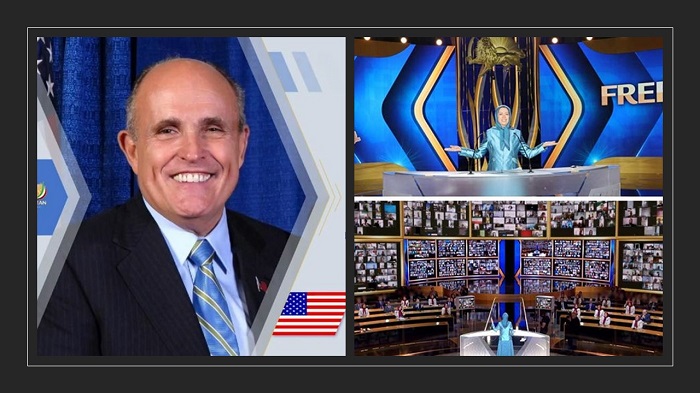 The Annual Gathering of (NCRI) and (PMOI / MEK Iran) via virtual conference from 30,000 locations within Iran and 100 countries globally.

Despite the foiled bomb attack two years ago in France at a rally organized by the Iranian exiled opposition group, the then Paris-based National Council of Resistance of Iran (NCRI), and the People’s Mojahedin Organization of Iran (PMOI / MEK Iran), and the people of Iran, it has gone ahead with this year’s annual event via the internet instead of at its former Paris venue.

This was partly due to the COVID-19 global pandemic. However, it is expected to link up with 30,000 locations within Iran and 100 countries globally.

Key points about the NCRI

. @RudyGiuliani: Regime change in Iran is within reach. That’s the goal of the NCRI and @Maryam_Rajavi a #FreeIran2020 that will contribute to peace in the world.https://t.co/T1x3MtwEYg

It was only two days ago that those found responsible for the attempted bomb attack on the rally event in 2018 have now been told that they will be tried in Belgium.

History of the NCRI

Initially, members of the NCRI joined the 1979 Islamic revolution but did not maintain allegiance to the installed clerical regime. When they had a base in Iraq in the early 1980s, NCRI fighters clashed with American forces in the 2003 Iraq war. However, today they condemn the use of violence and are no longer listed as a terrorist organization by the U.S. or the E.U.

Support @Maryam_Rajavi and a distinguished panel of influential thought leaders and activists from across the globe at #FreeIran2020. View the Summit now at https://t.co/NgbQcAA4Ui. #IStandWithMaryamRajavi https://t.co/OoEKMpkaIp