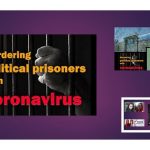 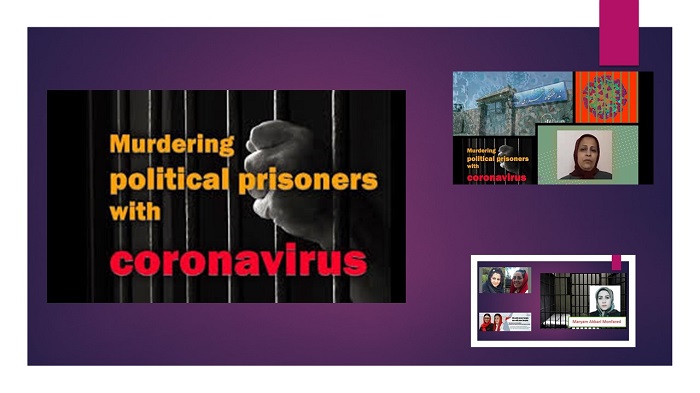 MEK Iran: negligence and failure of the mullahs’ regime against female political prisoners.

Prison conditions in Iran fall very short of international standards. Human rights activists and organizations have drawn attention to the issue for many years, but conditions have never reached acceptable levels.

The situation is even more critical now that the Coronavirus pandemic is present. At the beginning of the outbreak, there was major concern about the vulnerability of prisoners. These concerns were founded when reports started coming through about the rapid spread of the virus and the speed of transmission that was made worse by the lack of preventative action taken by the prison authorities.

The Women’s Committee of the National Council of Resistance of Iran (NCRI) has drawn attention to the prison conditions for female inmates in its most recent report and in particular the continuing violation of their rights.

One of the main points that have come out of the report is that the Iranian regime is putting female prisoners under much more pressure since the Coronavirus outbreak started.

The committee reported that prisoners have been left very vulnerable to this virus that can be deadly to many. The lack of access to hygiene and cleaning products is extremely negligent.

Another problem is the lack of access to medical treatment and health care.

The report stated that several resistant political prisoners have been brought to court and had new charges brought against them – entirely false charges – and many have been receiving further punishments such as flogging. Two such prisoners are Maryam Akbari Monfared (1) and Atena Daemi.

So not only are the female prisoners being treated unfairly and made more vulnerable to contracting COVID-19, but they are also battling against the authorities with unjust sentences.

The Iranian regime announced a few months ago that a huge number of prisoners were granted furlough because of the COVID-19 outbreak, but it was later found out that this excluded political prisoners. According to the Women’s Committee’s report, the prisoners that we’re able to go on prison leave have now returned to prison, but they are being held for months on the quarantine ward.

The report also states that conditions in many prisons are “grim”, in particular at Evin, Qarchak, and Sepidar.

Zeinab Jalalian is currently in a very preoccupying situation. She was transferred to Qarchak Prison at the end of April and she has contracted COVID-19. Other prisoners have been moved to this prison as a punishment, including Forough Taqipour – another political prisoner – that has also contracted COVID-19.

Mrs. Maryam Rajavi, President-elect of the National Council of Resistance of Iran (NCRI) has called on the UN Secretary-General, the UN Security Council, and any other relevant organization, to take urgent action in Iran considering that the spread of the virus is increasing at an alarming rate. She said that international intervention is needed immediately to prevent “a humanitarian catastrophe” in prisons.

The People’s Mojahedin Organization of Iran (PMOI / MEK Iran) has said that around 68,000 people in Iran have died after contracting Coronavirus. The situation is a direct result of the regime’s negligence and failure to take the necessary measures at appropriate times.

The fate of prisoners in the clerical regime’s Intelligence Ministry prisons remains obscure. Once again, I urge the UN Secretary General, Security Council, and High Commissioner for #HumanRights to compel the clerical regime to release Iranian political prisoners #Iran pic.twitter.com/fteCb5MR01

(1) Maryam Akbari Monfared was taken into custody in late December 2009, after she had been in contact with her siblings, who were People’s Mojahedin Organization of Iran (PMOI / MEK Iran) members. The charge laid against her was “Moharebeh” or “waging war against God via the (PMOI / MEK Iran).” She was sentenced to a prison term of 15 years in a trial lasting only 5 minutes and with no legal representation. Now, she has been almost 11 years behind bars in the notorious Evin prison and hasn’t been allowed out for even one day.