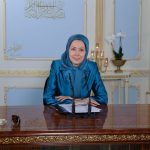 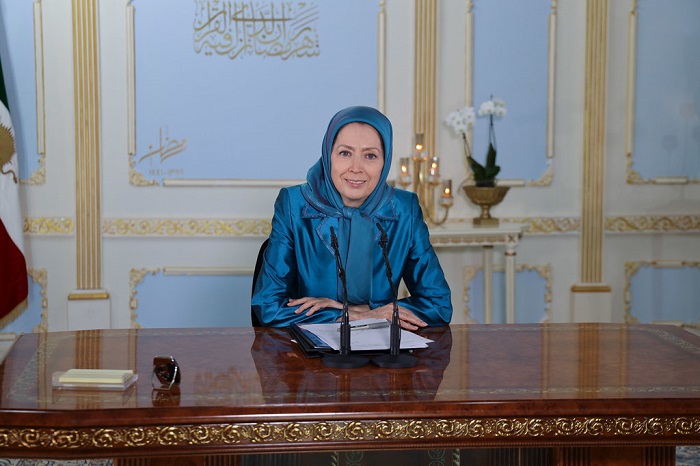 Maryam Rajavi’s speech on the advent of the Holy Month of Ramadan.

Maryam Rajavis’ speech on the advent of the Holy Month of Ramadan.Mrs. Rajavi clearly stated that the virus has increased at alarming rates due to fact that the regime leaders’ failure to take any action in January was a deliberate attempt to prevent news of the outbreak from leaking out. This is what accelerated the spread of the virus all over the country.

Because of the lack of actions of the regime, it is now too late for Khamenei and Rouhani to deny their inadequacy to act sooner so instead, they are ‘’ downplaying the dangers of the coronavirus crisis.’’ Khamenei is trying to convince the people that the pandemic isn’t that serious and the country has seen worse. Overall though, underreporting of fatalities is being used to support these ideas, says Mrs. Rajavi.

The situation is so bad that the regime has refused to quarantine COVID-19 hot spots and has failed to provide hospitals with the equipment they need. They haven’t even provided finance to support workers who are unable to go to work. All the government’s financial resources which make up IRGC’s holdings and companies, as well as that held at Khamenei’s Headquarters, could have bee used.

Maryam Rajavi: This year is like no other, as #Ramadan2020 is overshadowed by the #COVID__19 outbreak which has claimed the lives of more than 37,600 people in #Iran alonehttps://t.co/hkVXBaPPjB#MEK @USAdarFarsi pic.twitter.com/bVOllfPURx

Instead of releasing funds to help control the virus the regime, according to Mrs. Rajavi, “has ordered workers and vulnerable people on a vast social scale to go back to work, without providing them any protective equipment, without first responder or emergency medical teams, and without creating the preconditions to prevent transmission and spread of the virus.’’ This is pushing ‘’people to their deaths.’’

She relates these tactics to those used in the ‘’unpatriotic war (with Iraq in the 1980s) and the massacre of political prisoners (in 1988).’’ This is a way of preserving the regime and stopping uprisings occurring. The price for the people is ‘’sending people to their deaths on the minefields of the coronavirus.’’

Khomenei, in his book called the “Islamic State,” approved causing ‘’ mass deaths of a tribe in favor of the state’s interests.’’ When he took power, he referred to the Iraq war as a ‘’ divine gift.’’ He wanted to use it ‘’as a platform to reach Quds (Jerusalem) through Karbala (in Iraq) at the cost of one million deaths on the Iranian side alone.’’ When the war was lost, he saved the regime by ordering that 30,000 political prisoners be killed.

More than 37,600 people have died of the novel #coronavirus in 308 cities checkered across all of #Iran's 31 provinces, according to the Iranian opposition PMOI/MEK. pic.twitter.com/TyCSUGBuv7

Khamenei authorized murders in the past

According to Mrs. Rajavi, Khamenei is saying the virus is just a minor issue compared to other potential problems. However, it shouldn’t be forgotten that Khamenei in the 1990s oversaw the murder of intellectuals, and last November when protests took place he ‘’ordered the slaughter of protesters and authorized his forces to fire at will.’’ He even demanded that Médecins sans Frontières (Doctors without Borders) be deported from the country despite an official agreement to set up a field hospital. Added to this act he told the people to handle the dead such as washing them, as if there was no virus present, but encouraging further infections.

Mrs. Rajavi says the youth can see how destructive and corrupt the Khamenei’s regime is and ‘’can not wait to bring down and destroy it.’’

She states ‘’the minimum duties of a people’s government’’ in these current circumstances are: