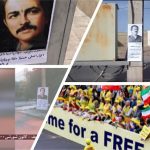 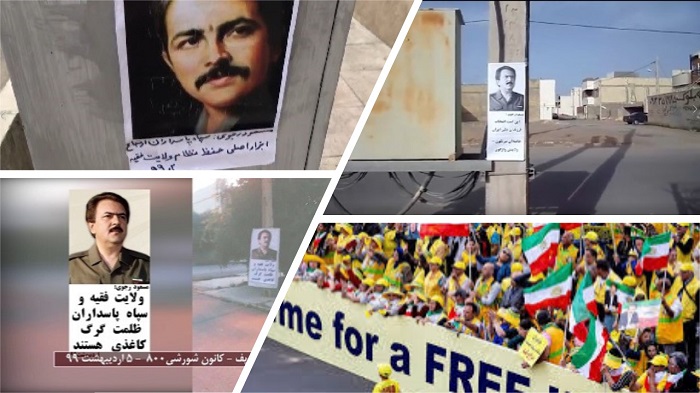 MEK Iran resistance units accelerate their activities across the country.

The overthrow of the Iranian regime is necessary before the people of Iran can escape the dire situation they are in at the moment, which is dominated by the twin disasters of Covid-19 and the stricken economy.

Despite the Iranian regime’s engineered numbers, Iranian officials and experts are one after another voicing the false nature of these figures and expressing significant concerns regarding the decisions made to send people back to work.

Mullahs continue to mount repressive measures to hide their criminal policies and prevent the leak of information about the scale of the coronavirus outbreak. By strengthening its security measures, the regime tries to use the crisis as a tool against the collapse of his regime at the price of many human lives.

The #COVID19 outbreak in #Iran has still not been brought under control. So far, more than 36,600 people have died in Iran.https://t.co/qKWF0jvTuh#coronavirus #MEK @USAdarFarsi pic.twitter.com/nMMeHA7p8Y

Resistance units and youth supporters of the Mujahedin-e Khalq (PMOI/MEK Iran) have been busy posting banners and other messages of solidarity with the people of Iran from the President-elect of the National Council of Resistance of Iran, Mrs. Maryam Rajavi, and Mr. Massoud Rajavi, the leader of the Iranian Resistance. Together with a lot of graffiti and slogans, the messages were posted in many of Iran’s cities, including Tehran, Hamedan, Isfahan, Kerman, Lahijan, Rafsanjan, Shiraz and Torbat Heydariyeh.

Some of the slogans posted included:

“The army of the hungry onward to uprising and rebellion,”

“As long as the criminal and warmongering IRGC forces exist, the religious dictatorship will continue, Long live freedom,”

“Stepping up protests is the key to victory,”

Massoud Rajavi: “We should rise and protest a hundred times more to take Iran back,” “This is the choice of the valiant sons of Iran – Khamenei and his rule must be overthrown,”

Maryam Rajavi: “The criminal decision by Khamenei and Rouhani to force the people back to work will leave behind countless lives,”

“As long as the criminal and warmongering IRGC remains, the clerical regime and the velayat-e-faqih will continue,”

“Not only freedom but also the health, livelihood of the people, and the salvation of the economy as well as the preservation of Iran’s existence depends on the overthrow of the regime.”

These messages were posted even though the thugs of the IRGC were on active alert for signs of dissent.