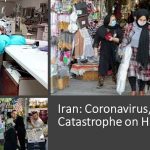 Written by Mohsen Aboutalebi on April 25, 2020. Posted in NEWS 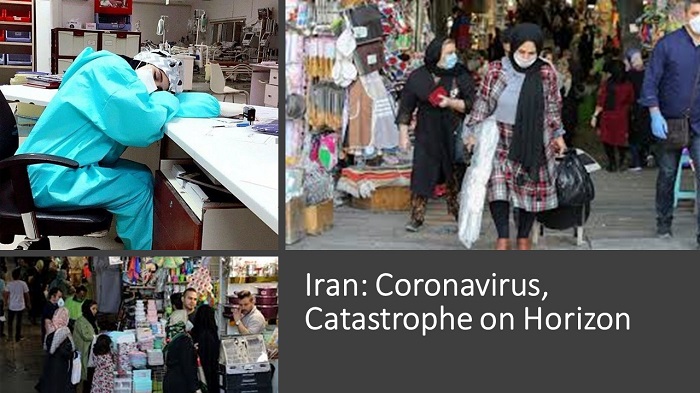 It is almost as though the Iranian regime has forgotten that there are other parts to Iran apart from Tehran, as it has calculated an overall death toll of 5,481, while the MEK Iran has worked out that the toll in Tehran alone has reached 5,870, without even considering other parts of the country.

The cumulative casualties for each of the key provinces are:

These figures do not include all provinces.

More than 34,700 people have died of the novel #coronavirus in 297 cities checkered across all of #Iran's 31 provinces, according to the Iranian opposition PMOI/MEK. pic.twitter.com/l1kuAbfYB9

From the start of this unprecedented outbreak, it has been revealed that hospital treatment has only been limited to the very sick, while others were sent home to treat themselves. Many of these alleged less serious cases did not necessarily survive, but these deaths have not been included in the final count because they happened outside of a hospital. There are even cases such as in Razi hospital, where the daily fatality rate has reached 6, but even these haven’t been listed as due to COVID-19. The MEK Iran has its hands on the most accurate figures while it is as if the regime doesn’t even want to admit there was ever a problem.

No hospital care available to migrants

According to observations by the People’s Mojahedin Organization of Iran (PMOI/MEK Iran) in the impoverished Sistan and Baluchistan provinces in the southeast of the country, home to Afghani and Pakistani migrants, there is an absence of hospital care. People are dying at home.

Not long after Ali Khamenei, the supreme leader, and President Hassan Rouhani had told workers to return to work, in no time at all a new wave of COVID-19 emerged, especially in Tehran. Also, at the same time, Khuzestan Governor Gholamreza Shariati reported to the regime’s official IRNA news agency last Thursday that every day more and more cases are turning up which could end up in the complete closing of the province because of high sickness rates. This is not due to Iran’s New Year celebrations, as they are not so widespread in that part of the country.

The head of the Coronavirus Task Force, Alireza Zali, is blaming the new wave on the regime’s insistence that businesses should re-open immediately as if the pandemic was over when it certainly isn’t. In fact, the number of critically ill patients and deaths are on the rise in Tehran. On Wednesday alone, Zali pointed out that a massive 6,390 people were referred to sanitation and care centers and more and more critically ill patients were being hospitalized and were ending up in  ICU units. A second member of the Coronavirus Task Force, Dr. Massoud Mardani, revealed that in Western Azerbaijan, Kohgiluyeh and Boyer Ahmad, and Ilam cities there is a second wave of deaths taking place unabated. In some places, the situation is so dire that COVID-19 victims are never diagnosed and they die without their cause of death ever being accurately recorded.

The worse situation on its way

Jahan-e Sanat, the state-run daily, wrote on Wednesday that because the COVID-19 outbreak has been managed as a political-security operation and not in the interests of the people, this new wave of infections is likely to be worse than a war zone. It says the military needs to be engaged to help contain this devastating virus.