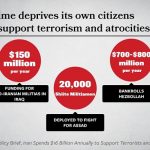 Written by Jennifer Jones-Kelley on April 21, 2020. Posted in NEWS 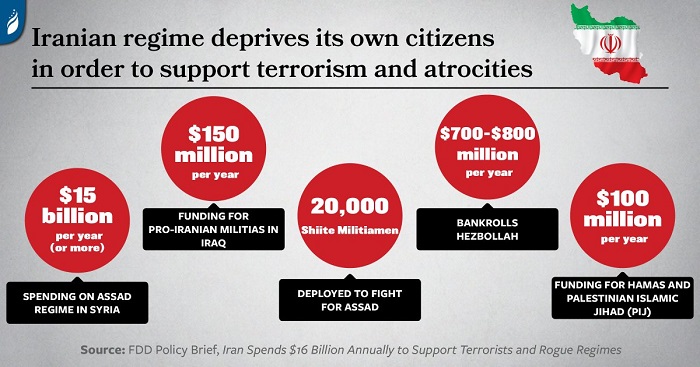 The Iranian regime is funding terrorism.

The MEK Iran announced on Monday that more than 32,800 people in 294 cities in Iran have died from the coronavirus as of Monday, April 20. This number stands in stark contrast with the 5,209 deaths the Iranian regime has reported to the World Health Organization (WHO).

Despite regime President Hassan Rouhani’s assurances that the coronavirus is under control, new cases and deaths from COVID-19 have increased dramatically this week just as the country opened back up. The infection rate is likely to increase sharply as people come into close contact with each other while the virus is still so widespread.

Healthcare workers and cemetery officials have confirmed a sharp uptake in the number of deaths over the past few days, but MEK Iran sources say doctors are being pressured to alter the cause of death on death certificates to avoid reporting coronavirus fatalities. Some deaths are not even reported to the Ministry of Health. In recent days, the officials from the Ministry of Health have publicly warned against reopening the country and have acknowledged that the regime’s official coronavirus numbers are not accurate. This has created some infighting between regime officials and further muddied the government’s response to the public health crisis.

Iranians have become deeply resentful about the failure of religious institutions and wealthy entities within the country to contribute financially to help save lives during the COVID-19 epidemic. Recently, state-run media have discussed some of these criticisms. On Monday, April 20, Majlis (parliament) member Parvaneh Salahshouri told the ILNA news agency:

“It should become clear whether or not institutions like the Mostazafan (Abased) Foundation, whose name stands for the needy and the poor, are willing to do something for those sectors. Truly there is nothing left of religion other than its face because today we are not abiding by religious teachings. In our current circumstances, it is an obligation for those in power to use whatever they have in-state belongings for the nation. Of course, I must say that state assets do not consist of just the treasury. It also includes companies that no one has any access to and have massive incomes… Mr. Naghavian once said during an interview that 60 percent of the country’s budget is controlled by these people. If true, we should have made decisions about them in the past.”

Other media outlets have speculated that the greed seen now by wealthy institutions will lead to a much higher death toll, devastating economic impacts, and further income inequality.

“Time and again, what has come to the people’s and officials’ minds are why we are not using the wealthy entities not under governmental control? If senior officials decide, these entities can easily, and with great speed, beat Coronavirus and prevent the crisis that might engulf the country and the regime if the current situation continues… Difficulties and crises far more severe than those of November 2019 (Uprisings) could emerge, which would prove to be much more difficult to contain than before…The country’s policy-makers, be it in the government or the leadership if mindful of protecting the system and the Islamic republic’s standing should use the said-entities’ capacities to contain the recession, to their own and the people’s benefit!” wrote the state-run Mostaghel daily.

The state-run Resalat daily continued this line of logic, stating:

“The coronavirus outbreak has had a greater impact on the impoverished segments of the society. Presently, the bankruptcy of low-income families has begun, and in the post-coronavirus era, inequalities and gaps will widen. New social gaps will emerge, new people will join the deprived classes. Finally, development, security, and human and social assets will greatly decrease in the nation.”

The regime’s biggest fear is another uprising, which is the inevitable result of the chaos ensuing from the mullahs’ failed response to the coronavirus outbreak in Iran. The state-run Hamdeli daily acknowledged that protests are on the horizon, writing:

“The Islamic Republic will face tough and probably violent crises, and widespread protests will resurge.”