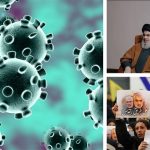 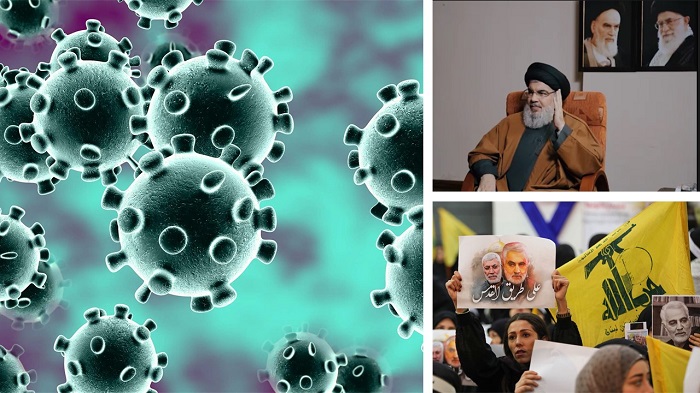 Hezbollah, a proxy force of mollahs, is responsible for coronavirus outbreak in Lebanon.

Hezbollah, the Lebanese-based proxy militia for the Iranian regime, helped spread the coronavirus (COVID-19) to Lebanon from Iran, according to the latest report by the  People’s Mojahedin Organization of Iran (PMOI/MEK Iran).

The MEK Iran states that in the first week of March, some 30 Hezbollah recruits who had been training in Tehran at Quds Forces’ training bases returned to Beirut. upon their return, the recruits were tested for coronavirus, which was widespread in Iran by that time, and 10 of them tested positive and were hospitalized.

On March 20 (Iranian New Year or Nowrouz), roughly 40 recruits who were being trained by the Revolutionary Guards (IRGC) returned to Beirut, but this time the majority of them tested positive for the disease and were hospitalized.

Mismanagement on #coronavirus #crisis by the #Iranian regime has affected both #Iran and the #world.https://t.co/Vkp4dnkyMv#MEK #Covid_19 @USAdarFarsi pic.twitter.com/Mo5F7JCSXI

A group of Hezbollah personnel returned to Beirut shortly after, even though they were infected. Those who were too sick to travel were hospitalized in Baqiyatallah Hospital in Tehran, which is set aside for the IRGC and senior regime figures, showing you how the regime regards Hezbollah.

Because of the coronavirus spread among his forces, Hezbollah Secretary-General Hassan Nasrallah canceled all his face-to-face meetings.

Also in March, many theology students from Lebanon, who were studying at the Howzeh Elmiy-e (Seminary) in Qom, the center of Iran’s outbreak, became infected and several of them died, while more are hospitalized in Qom.

The Iranian regime, in a desperate attempt to appear in control, filmed Hezbollah forces – mostly theology students and members of Hezbollah-linked groups living in Iran – disinfecting districts in Tehran and Qom and posted the videos on social media.

More than 27,000 people have died of coronavirus in 267 cities checkered across all of Iran's 31 provinces, according to the Iranian opposition PMOI/MEK.#Iran#COVID19 pic.twitter.com/qcNwqlcJL7

What makes this worse is that the Iranian regime spends hundreds of millions of dollars a year supporting Hezbollah’s terrorist activities, even in the wake of the coronavirus pandemic.

The MEK Iran reported that the Quds Force is still sending cash to Hezbollah in Lebanon via special packages and suitcases carried on flights by Intelligence Protection Officers.

This is being sent by Seyed Morteza Bakhtiari, the head of [Regime founder Ruhollah] Khomeini’s Assistance Committee and laundered through Iranian merchants residing in Beirut.

Although, it is worth noting that the money has been cut recently because of the regime’s dire economic situation, which Hezbollah leaders fear will cause defections among their forces

The flights – both passenger and cargo – have been continuing over the last few weeks, with the Hezbollah-controlled Beirut airport still used to transport militia, money, and munitions to Damascus.