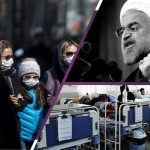 MEK Iran: Iranian President Continues to Deceive and Lie about the Reality

Written by Mohsen Aboutalebi on April 2, 2020. Posted in NEWS 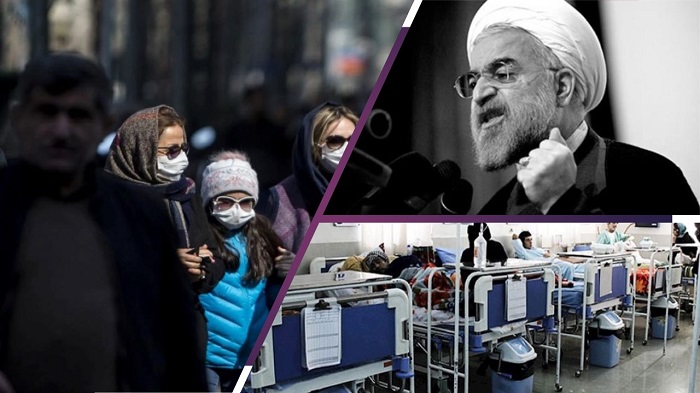 Since the beginning of the Coronavirus outbreak in Iran more than a month ago, the Iranian regime has provided false death counts and has tried to convince the people of Iran and the international community that the situation is nowhere near as serious as it is in other countries.

Every time it announced a death toll, it must be at least multiplied by six. No one would really know the true extent of the outbreak were it not for the People’s Mojahedin Organization of Iran (PMOI / MEK Iran) – the main opposition to the Iranian regime.

Ali Khamenei is responsible for the horrifying number of victims due to #coronavirus and lack of medical supplies in #Iran.https://t.co/yFTWVfVKVd#MEK @USAdarFarsi pic.twitter.com/MBokOpckSp

In his latest speech about the Coronavirus outbreak, Iranian President Hassan Rouhani boldly claimed that Iran is dealing with the situation well, saying that no Iranians are “lying on the floor in the hospitals” like is the case with other countries. He also said that Iran is not in a situation, again like in other countries, where dead bodies have to be transported in refrigerated trucks.

He also boldly, and untruthfully, claimed that

“The country’s health and therapeutic infrastructure is so firm that it could stand tall until today and even if it takes weeks our health system is ready”.

This is very different from the reality portrayed by doctors, nurses, medical workers, morgue and cemetery workers and the general public. Their reality – on the front lines – is nothing like this utopian fantasy that President Rouhani talks about. Areas in hillsides are being dug to bury bodies. Doctors, nurses, and other hospital workers are working themselves to the bone in order to be able to deal with patients in the best way they can. Bodies of the dead are being stored in massive refrigerated units intended for food. Hospitals are saturated, working beyond capacity, and morgue workers are saying that they cannot physically accept any more bodies.

The PMOI / MEK Iran is not just refuting the ridiculous claims made by the Iranian President and other officials, but it is also presenting evidence to highlight just how deceptive the government is being.

More than 15,500 people have died of coronavirus in 237 cities checkered across all of Iran's 31 provinces, according to the Iranian opposition PMOI/MEK.#Iran#COVID19 pic.twitter.com/98G3gWN9sa

The PMOI / MEK Iran has been instrumental in showing that the Iranian regime hid the first few weeks of the outbreak from the public. With the Coronavirus situation, we know that two weeks (never mind two days) is far too long to ignore the situation. Two weeks of protective measures, caution, confinement, advice about self-isolation, and so on, would have made the world of difference to how the crisis unfolds.

Governments around the world have agreed that the only way to truly be able to fight the virus is to be open, honest and truthful about the situation in their respective countries. Hiding and concealing the reality does nothing but endanger one’s own people, but it also puts neighboring countries and the wider international community at risk.

The PMOI / MEK Iran is playing an important role for the people of Iran. It is mobilizing to help the people, unlike the regime. It is no wonder the regime sees its opposition as a major threat to its survival.

The #Brave and rebellious #youngpeople, from the #Iranian Resistance Units, which are a #Network of (#PMOI/#MEK #Iran) activists, have continued their anti-regime activities across the #country.https://t.co/4enNmm7xSw@USAdarFarsi pic.twitter.com/snonsFFArW