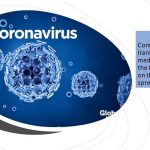 Coronavirus Tragedy in Iran: Online Conference Held for a Second Consecutive Week on Dreadful Spread of COVID-19 in Iran 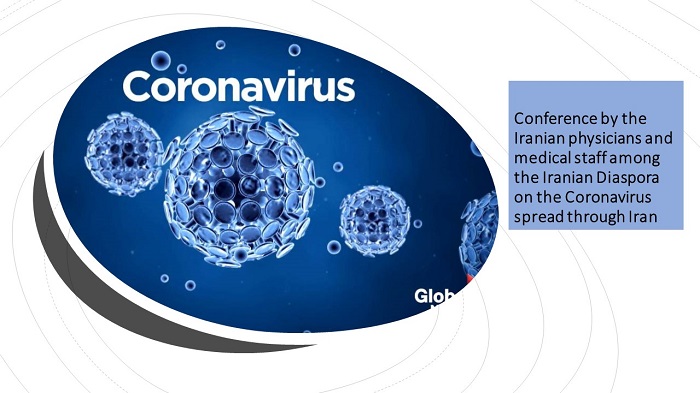 Following last Sunday, a second online conference was held today Sunday, March 15 by Iranian physicians and medical staff among the Iranian Diaspora on the Coronavirus spread through Iran.

Iran is the country with the highest mortality rate among all countries touched by the virus, according to Dr. Firooz Daneshgari, Chairman of the Department of Urology, University Hospitals Case Medical Center, who moderated the conference.

“When you have Coronavirus in a country, you have to avoid public gatherings. The Iranian regime did just the contrary, they wanted to encourage and mobilize people for their election show and their show for the anniversary of the anti-monarchic revolution,”

The false statistics presented by the Iranian regime on the tragedy is an important part of the calamitous situation.

“Normally it is the government that provides the society and the world with true and accurate information on the spread of an epidemic. The Iranian regime seems so fragile that it fears that actual information might cause further unrest and even bring people to the point of taking action against the regime. Resalat state-owned daily wrote recently that revealing true figures on mortalities concerning COVID-19 would be considered unlawful and has to be avoided by hospital authorities,”said Dr. Saeid  Sajadi, a specialist of internal medicine from Kansas City, USA. “We should be in excess of 2M people contaminated by COVID-19 today in Iran, according to scientific estimations based on facts and figures available through different sources especially the Resistance,” Dr. Sajadi elaborated.

Dr. Daneshgari suggested that Mrs. Maryam Rajavi, NCRI president-elect has urged WHO to organize international aide to be handed directly to hospitals and those in need in Iran, in order to avoid official hurdles due to widespread corruption in the regime.

Int’l Panel Weigh in on #Coronavirus Epidemic in Iran
To the World Health Organization: What is happening in Iran is nothing short of genocide. The regime has only put its facilities at the disposal of its own officials and forces. #COVIDー19 https://t.co/ltK692Obdj

“The main question today is what is to be done?” asked Dr.Daneshgari. He stressed the fact that the Resistance has made it clear that necessary needs existed inside Iran, only the regime should be brought to the point to release those means to the people. So, people should rise and demand their rights.

“Those medical means belong to the people,” said Dr. Sadeghpour. The popular solidarity should be enhanced. Even if the government prevents people from accessing medical means, simple instructions provided by experts should be followed to avoid contamination.

Comparing government preparations between Iran and the Netherlands, where she works as an ICU nurse, Parisa Kamali regretted that more than 4500 people have deceased in Iran because of the COVID-19 contamination. “The regime has asked for 5B dollars aide from the international community, any aid should be sent directly to the Iranian people and not to the corrupt regime,” she added.

Dr. Ashraf Zadshir, HIV and Hepatitis specialist and director of graduate Medical Education from California reminded that Iranian people’s lives seemed to have no value for the regime in power.

More than 4,900 people across 182 cities in Iran are dead of coronavirus, per Iranian opposition PMOI/MEK.

-Hundreds dead in the city of Babol alone
-Mashhad mayor: "We lost a golden opportunity."
-Regime officials concerned of protests#Iran#COVIDー19https://t.co/3g5rPL8Flc

“IRGC and (supreme leader Ali) Khamenei’s forces should be kicked out of the hospitals in Iran first. Our colleagues in Iran would not be able to perform their duty with those thugs around,” she further added.

Dr. Michael Lederman, American immunologist joined the live conference for a few useful instructions to the public to reduce infection risk. “It is absolutely necessary that health-care people be adequately protected,” he said.

“The claim by the Iranian regime that the Coronavirus was somehow fabricated by foreign powers is absolute nonsense,” added Dr. Lederman in response to a question posed by one journalist.