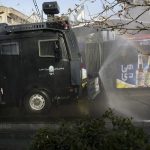 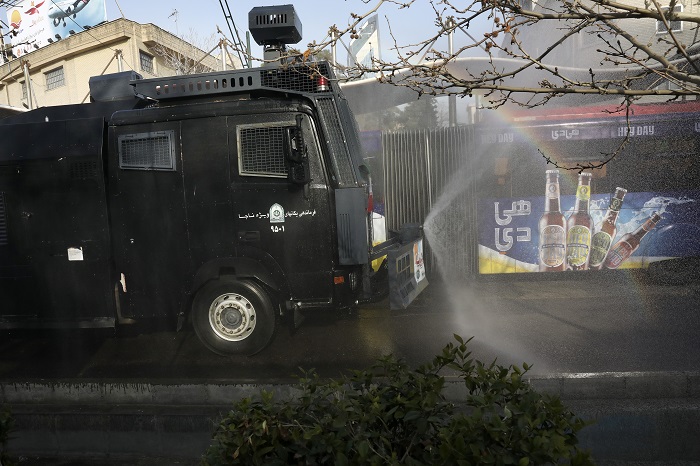 The People’s Mojahedin Organization of Iran (PMOI / MEK) has reported that, as of 8pm local time on Monday 2st March, more than 1000 people in Iran have died after contracting Coronavirus COVID-19 – a much higher figure than what the Iranian regime is claiming.

The spread of Coronavirus around the world is concerning, not just for governments, but also for the people living in countries that are seeing cases rise with every hour that passes.

Governments are obviously taking the matter seriously, doing all they can to protect the people while also trying to avoid mass panic. However, the government of Iran has been secretive and has outright lied about the Coronavirus situation in the country.

The Iranian government is maintaining that there have been less than 50 deaths as a result of Coronavirus COVID-19, contrary to reports from the media and health professionals across the country.

One publication – the Keyhan daily that is often described as the Supreme Leader’s mouthpiece – has been reporting about the MEK, the main opposition to the Iranian regime, which has played a major role in exposing the regime’s deceptions and secrecy regarding the outbreak. It accused the MEK of using social media to change public opinion about the regime.

However, another publication, Iran daily – widely considered to be the government’s mouthpiece, has admitted that the situation in Iran is not under control because there are still ministers that are completely blind as to what the situation really is because of the misinformation and lack of clarity.

The People’s Mojahedin Organization of Iran (PMOI / MEK) has reported that as of 8 pm local time on Monday 2st March, more than 1000 people in Iran have died after contracting Coronavirus COVID-19 – a much higher figure than what the Iranian regime is claiming.

The President-elect of the National Council of Resistance of Iran (NCRI) Mrs. Maryam Rajavi has denounced the regime for its mismanagement of the situation and is calling on the World Health Organization (WHO) to take immediate action to prevent the crisis from deepening.

I stress on the need for protests and strikes to the possible extent. Medical and healthcare facilities should be removed from the IRGC’s monopoly and provided to physicians, hospitals, and the public #CoronaOutbreak #Iranhttps://t.co/G6reuWxl24 pic.twitter.com/Uaq83eGaXS

Mrs. Rajavi also criticized the Iranian regime for failing to provide support and adequate measures for the selfless healthcare workers in the country that are working to help those that have been injured and to prevent the death toll from rising even more.

The leader of the NCRI called on the regime to “return the medical and health care resources and equipment it has monopolized for its own suppressive forces, to the physicians, hospitals and the people of Iran who are their true owners”.

The Iranian government has failed to provide directives to hospitals and the people are terribly misinformed about the precautions they should be taking.