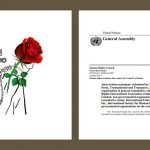 Written by Amineh Qaraee on February 28, 2020. Posted in NEWS 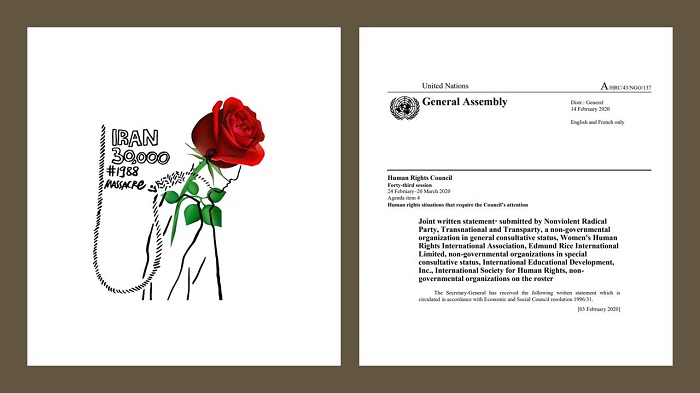 The NGOs urge the UN to take action on the violation of human rights in Iran, condemning the 1988 massacre in which 30000 political prisoners, mainly the MEK members and supporters, were slaughtered.

The United Nations received a joint statement, during its 44th Human Rights Council session in Geneva, urging it to take action on the Iranian regime’s historical and ongoing human rights violations by sending a fact-finding mission to Iran.

They specifically raised the issues of the regime’s brutal crackdown on the nationwide Iran protests in November, the massacre of 30,000 political prisoners in 1988, mainly the supporters and members of Mujahedin- Khalq (PMOI/MEK Iran), and ongoing human rights abuses in prisons by the regime.

In the statement, they explained that the 12,000 protesters arrested and imprisoned during the November protests, as well as those arrested in the January uprising and individual protests, are at a real risk of being secretly massacred or tortured to death because the regime is conducting the biggest crackdown on protesters since the mullahs stole power in 1979.

They explained that detainees are being tortured or subjected to other forms of ill-treatment, like denial of medical care even for injuries caused by the security forces, in order to force confessions.

The NGOs then cited the Amnesty International report from December 2018 about the 1988 massacre and how it constitutes an “ongoing crime against humanity”. At the time, the UN was urged to establish an independent investigation to bring those responsible to justice.

The five NGOs wrote: “We appeal to the Human Rights Council to take urgent action to end the impunity enjoyed by Iranian officials and prevent the massacre of detained protesters. Leaders of the Iranian government must face justice for committing crimes against humanity in the massive suppression and bloodshed of recent months.”

These are the steps they said should be taken: