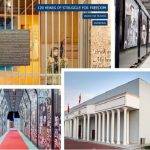 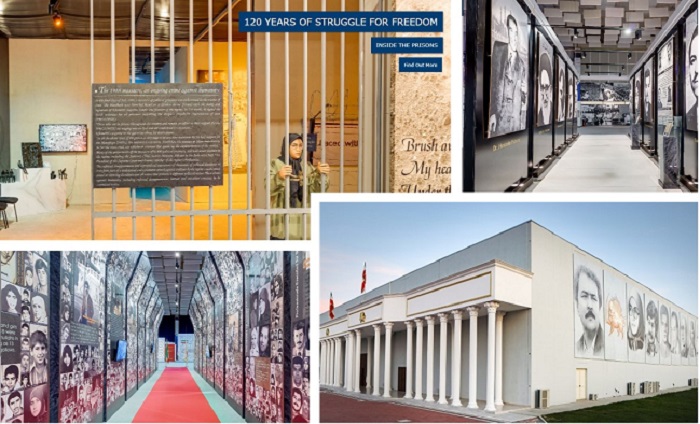 The exhibition, “120 Years of Struggle for Freedom,” a comprehensive and emotional journey through the Iranian people’s long struggle for freedom

Last Tuesday, the NCRI unveiled a virtual tour of the museum exhibition featured at Ashraf-3, the MEK’s headquarters in Albania. The exhibition, entitled, “120 Years of Struggle for Freedom,” is a comprehensive and emotional journey through the Iranian people’s long fight for freedom.

Reactions of Visitors to Ashraf-3

Visitors to Ashraf-3 have been moved by the stories of bravery and sacrifices made by the Iranian people as told through photographs, historical evidence, testimony from survivors of the regime’s atrocities, and recreations of tortures inflicted on MEK Iran members during the 1988 Massacre. Many of the 350 prominent politicians, human rights activists, and dignitaries who gathered at Ashraf-3 last summer spoke emotionally about their experiences touring the museum and seeing the horrors inflicted on the MEK Iran under the mullahs’ regime. They spoke passionately about the 120,000 martyrs memorialized in the exhibition, and they showed a great deal of respect for the resilience and determination of the MEK Iran in continuing the fight for freedom and democracy in the face of oppression.

Components of the Virtual Exhibition

Now that experience is available to people across the world. The virtual tour covers the history and current state of the Iranian Resistance. There are sections devoted to the following topics:

The exhibit is a powerful testament to the strength and endurance of the Iranian people under the oppressive rule of the Shah and the mullahs and should be viewed by anyone who is concerned with the history or future of Iran. The Iranian regime is close to its end, and it is important for the world to consider what has led the Iranian people to rise up and why the international community should recognize their right to do so.