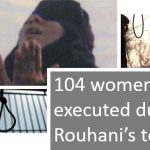 Written by Amineh Qaraee on January 16, 2020. Posted in NEWS 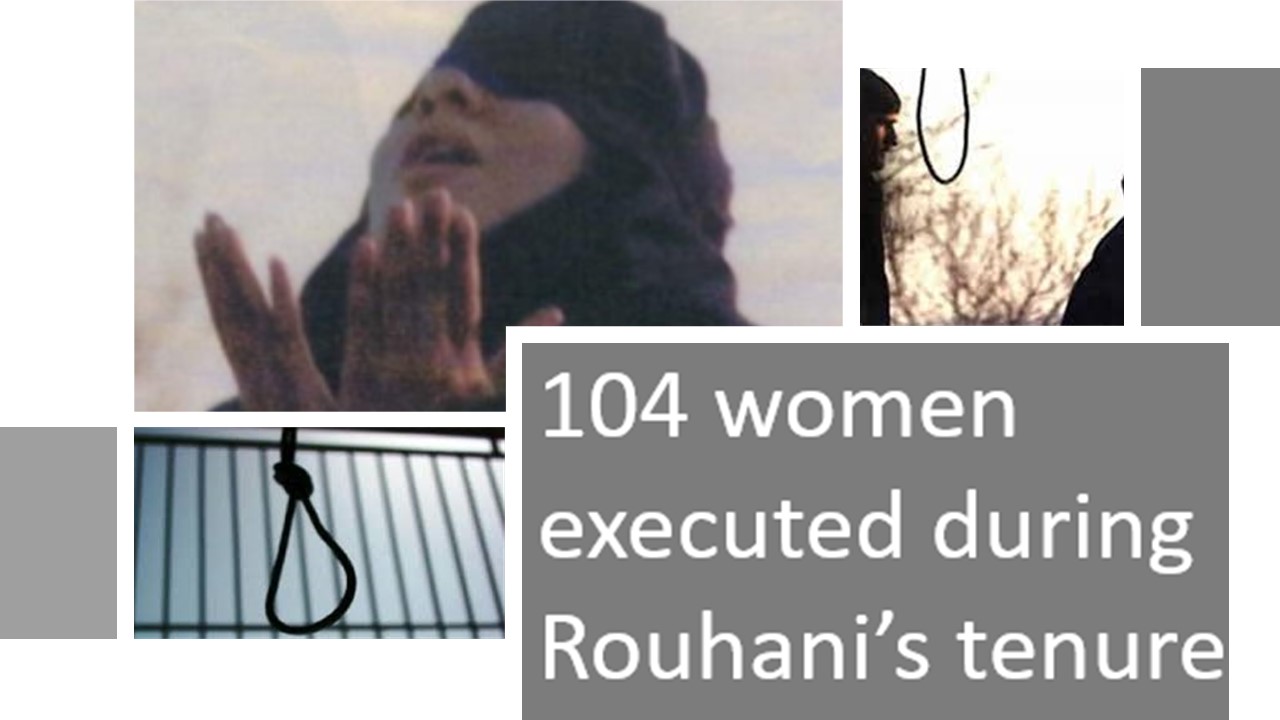 104 women have been executed under Hassan Rouhani’s presidency

The Iranian regime’s campaign of terror continues. It not only terrorizes millions of people around the region in the countries in which it interferes in the internal affairs, but it is also terrorizing the people of Iran.

For many years now, the regime has suppressed the people of Iran in all areas of life. Furthermore, it treats the people in the cruelest ways imaginable.

Execution is used by the Iranian regime as a method of punishment. And women are not spared from this.

The  Women’s Committee of the National Council of Resistance of Iran (NCRI) has reported that an Iranian woman that has been identified only as “Sara M” has been executed in Mashhad Prison in the central part of the country. She is the 104th woman to have been executed by the regime since President Hassan Rouhani took office in 2013.

It was reported by Iranian state-run media earlier this week that the woman was arrested back in 2016 when she was aged 32. It is believed that this is the first scheduled execution of a woman that has taken place so far this year.

During the course of 2019, there were 16 females executed in Iran. Six of these took place in December alone.

Several of the women that have been executed in Iran were accused of murder. However, the regime has not taken into account cases of self-defense.

On 4th December last year, Somayyeh Shahbazi Jahrouii was executed at the age of 33 after having spent six years in prison.

In much of the world, nations are working on equal rights for women. Iran under the mullahs is decades behind in terms of the treatment of women. They are treated like second-class citizens and are not afforded many rights that their male counterparts are.

Women in Iran are also subjected to discriminatory laws and customs such as the wearing of the hijab. Protests in recent years have often dealt with the obligation of women to be properly veiled with men and women from all sectors of society saying that people should have the right to choose how they dress.

Mujahedin-e Khalq (MEK) were the first to oppose the mandatory hijab, a few weeks after the 1979 revolution. Even though the MEK members are Muslim, but as Maryam Rajavi has frequently emphasized they promote a free, democratic society where women enjoy equal social, economic, and political rights, to men and are free to choose their own clothing. The law of forced veiling shall be repealed. (Read more about MEK’s vision on Women’s freedom here)

So-called “morality police” are sent out to ensure that women are properly veiled, and those that don’t risk arrest, imprisonment, fines or capital punishment.

Kimia Alizadeh, a female Iranian athlete that won the bronze medal in taekwondo at the Rio Olympics (the only female Olympic medallist from Iran), recently spoke about her decision to leave Iran. She described herself as just one of the many millions of oppressed women in the country.

Iran's only female Olympic medalist says she has defected. Taekwondo athlete Kimia Alizadeh says she is "one of the millions of oppressed women in Iran." Iran’s semiofficial ISNA news agency says she fled to the Netherlands. https://t.co/49odtOUYYy

The athlete also said that her achievements were used by the regime as a propaganda tool, but at the same time tormented her by telling her that she is not acting “virtuous” as a woman should.

Since leaving Iran, a politician referred to Alizadeh as “human capital”, criticizing the “incompetent officials” that let her leave.