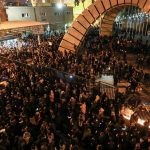 MEK Iran: Time To Recognize The National Call For The Overthrow Of The Mullahs 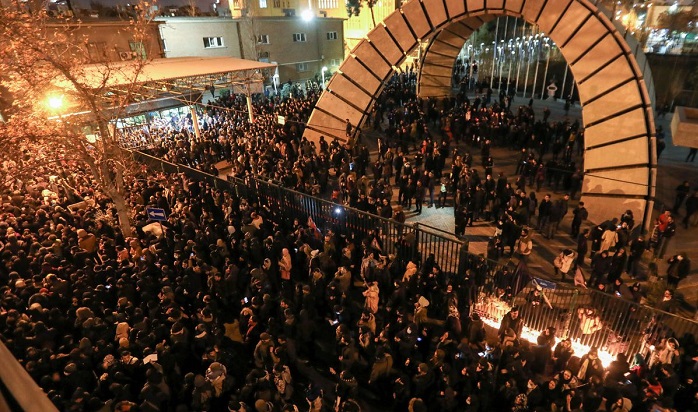 Anti-regime protests resumed this morning for the second day in the row. Reports from the Peoples Mojahedin Organization of Iran (PMOI/ MEK) network inside Iran indicates, protests in several universities in Tehran including Sharif Technological University, National University (Melli), Allameh Tabataba’i University, and in Isfahan university of technology, in which almost all of the slogans were centered against regime’s supreme leader Ali Khamenei that clearly describes the aspirations of the Iranian people for regime change in Iran.

The protests broke out on Saturday after the Iranian regime admitted it had downed the Ukrainian passenger plane, killing everyone on board the plane, including the cabin crew.

MEK sources reported that students of National (so-called Beheshti) University were chanting, “Cannons, tanks, and teargas is no longer effective”; and “incompetent IRGC, Source of killing the nation”. They also chanted, “Down with oppressor, be it Shah or the Leader, i.e. Khamenei” iconizing their only desire to rid Iran from tyranny.  In Tehran’s Allameh University, the students were chanting, “We did not give martyrs to compromise and praise the murderous leader.” Students at Tehran University’s School of Management and Khajeh Nassir University chanted similar slogans during their gatherings.

Students at Pardis University in Karaj while facing the repressive regime security forces, were chanting, “Be afraid, we are all together,” MEK reported. In Damghan, the students were chanting, “Commander-in-Chief of the Armed Forces i.e. Ali Khamenei, resign, resign, “Shameless Basijis, the source of killing the nation,” and “I will kill whoever killed my brother.”

Meanwhile, Maryam Rajavi, leader of the Iranian opposition, in a statement published on her official website, hailed the arisen students in Tehran and other cities for taking to the streets for the second day.

Chanting, “Commander-in-chief of Armed Forces, resign, resign,” “The IRGC commits crimes & the leader supports them!” “College students are aware, and sick & tired of Seyed Ali (Khamenei),” “Bassij responsible for the murder of people,” they say: “We don’t want the rule of IRGC.”

Rajavi said, “with their slogans against Khamenei and the Revolutionary Guards, they displayed the demand of the Iranian people for the overthrow of the ruling religious dictatorship and the establishment of democracy and popular sovereignty in Iran. Time has come for the international community to acknowledge the reality that the religious fascism ruling Iran does not represent the Iranian people and recognize the national call for the overthrow of the mullahs.”

The demonstrations today were held while the clerical regime, fearing the increase of the people’s protests, had stationed lots of Revolutionary Guards, the suppressive State Security Force and anti-riot units around universities and important centers and locations in Tehran and other cities since the early hours of this morning.