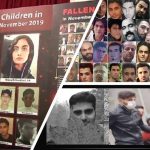 Written by Esmail Mohades on December 14, 2019. Posted in NEWS 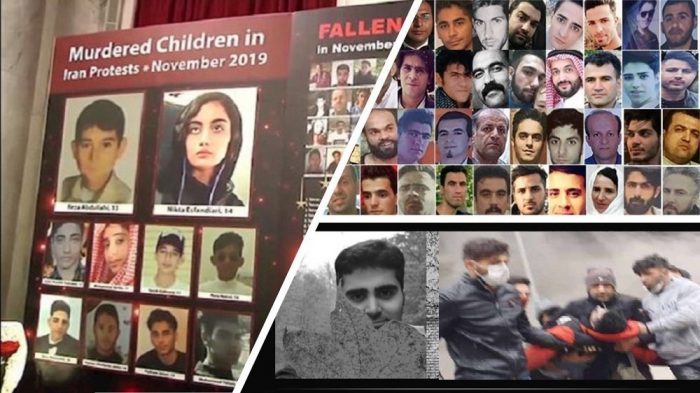 Regime officials have recently admitted that bystanders were among the victims of the deadly crackdown during the November Uprisings. The latest admission comes as the mullahs struggle to craft a strategy to manage public outrage at the regime’s crimes against humanity and regain control over the country.

In a sermon on December 6, 2019, Friday prayer leader Mohammad Javad Baqeri described the November 18th death of a nurse as she stood watching the protests from a hospital window.

Baqeri, the mullahs’ mouthpiece in the city of Asalem in Gilan Province, said that a nurse in a hospital in Tehran was shot in the forehead while trying to record a video of the protests. He said, “They don’t give you candies amidst the fight and clashes. There are bullets. Someone was telling me last night that (in one of the early days of the protests) he was in a busy hospital in Tehran. A female nurse went to the window. She said she wanted to make films (from the protests). As she was attempting to take a film from the protests outside, a bullet struck her right in the middle of her forehead!”

Baqeri and other regime leaders tell stories like these to warn intimidate the Iranian people and prevent them from documenting the regime’s crimes against humanity and sharing them with the world. They also hope to scare people away from further uprisings by making them afraid that even those who don’t participate may be killed.

Of course, by acknowledging the deaths of non-protesters, the regime further confesses that it targeted Iranians who did not participate in the protests. A gunshot to the forehead through a window is the work of a sniper, and many regime snipers were deployed to suppress the protests. The government went to great lengths to prevent news and footage of the uprising from leaving the country. Once again, the regime has inadvertently confessed its crimes.

The MEK Iran network previously reported that Ms. Mina Sheikhi, a 59-year-old mother of six was shot in the heart while watching the protests from the rooftop of her house.

“These are clear violations of international norms and standards on the use of force, and serious violations of human rights,” said U.N. High Commissioner for Human Rights, Michele Bachelet.

The regime is slowly releasing the names of some women who were arbitrarily arrested, although many of them are being held in undisclosed locations. 49-year-old Azam Shirafkan, a mother of three, was arrested on November 18th and taken to an undisclosed location. No information is available about her current status. MEK Iran sources indicate that Mahin Razzaq in Ilam, Fatemeh Davand in Bukan, Yas Soleimani in Shushtar, Sahar Avazzadeh (daughter of Yaqub), Sahar Avazzadeh (daughter of Hossein), and Soudeh Jafarizadeh in Gachsaran were arbitrarily arrested during the first days of the protests. According to witnesses, the women were arrested violently by IRGC and Basij forces.