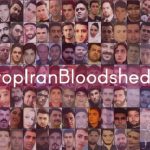 Written by Esmail Mohades on December 13, 2019. Posted in NEWS 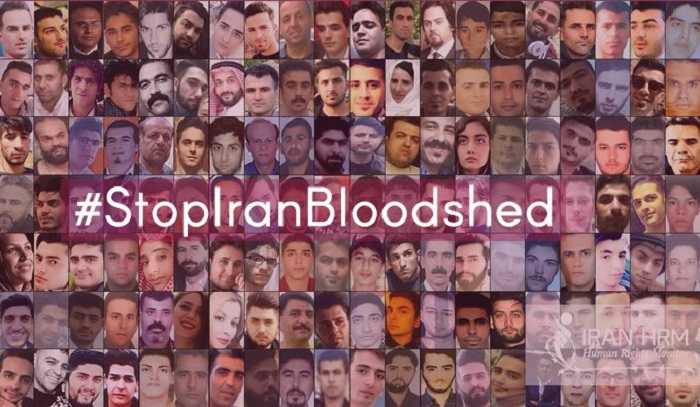 Images of some martyrs in Iran protests

On December 12, 2019, Ali Shamkhani, Secretary of the regime’s National Security Council, made outrageous statements about the protesters killed during the November Uprising.

The state-run IRNA news agency reported that Shamkhani met with families of protesters killed during the uprising and denied that the regime was responsible for most of the deaths, claiming that most of those killed weren’t even protesters and were killed in a “suspicious manner.” Shamkhani told the grieving families: “More than 85 percent of those who died in the recent events in Tehran did not take part in the protests,” adding that these people “were killed in a suspicious manner with unofficial cold weapons or firearms.”

The regime has struggled to fully suppress the rebellion and has alternately attempted to placate the #people with claims of “Islamic Kindness” and intimidate them with threats of execution. https://t.co/ORaYQdBL9g #WeSupportMEK #MEK #FreeIran @USAdarFarsi #Iran pic.twitter.com/pYPfcWsocU

Shamkhani’s statements are directly contradicted by video evidence from cities across Iran of regime security forces firing indiscriminately into crowds of protesters, numerous reports of regime forces firing on crowds from helicopters, and credible eye-witness statements of Revolutionary Guards forces chasing more than 100 unarmed protesters into marshes outside of Mahshahr and slaughtering them. The massacre in Mahshahr was reported in the New York Times and was cited in a recent resolution by the U.S. House of Representatives condemning the Iranian regime and supporting the protesters.

The regime is struggling to pull out of a deadly tailspin that accelerated with the November 15th announcement of a massive fuel price hike. The announcement was met with outrage, and protests spread across the country within hours. By the end of the night, the fury had shifted from gas price increases to corruption, mismanagement, and the regime in its entirety and the protesters began setting fire to regime buildings and institutions and calling for the overthrow of the entire oppressive theocracy.

The regime responded by doubling down on the fuel price hike. Regime Supreme Leader appeared on state television and gave his full support to the decision. He also denounced the protesters as “thugs” and ordered the Revolutionary Guards and Basij forces to take action against them. This further enraged the people and added fire to the flames of rebellion.

The regime then attempted to shut down the country’s Internet access to prevent news of the uprising from spreading to the outside world. This backfired. Footage still got out of the country, and the act of oppression itself made international news. All eyes turned toward Iran.

The regime then claimed that the MEK Iran planned the rebellion from outside of the country, and the protests were caused by foreign actors. This simply drew attention to the fact that the MEK Iran is an active organization inside Iran, a fact that the regime goes to great lengths to hide. The MEK Iran provided the number of casualties and arrests to the world, and they helped get footage out of the country. They also proved they have support from the Iranian people. The regime was mistaken to draw attention to their biggest existential threat.

Now the regime is claiming that it is not responsible for most of the deaths that it is on video perpetrating. It has yet to provide an excuse for why it arrested 12,000 protesters and injured another 4,000. It has become clear that the regime is desperate and afraid. The people are furious and unlikely to be placated with more lies.

Mrs. Maryam Rajavi, President-elect of the National Council of Resistance of Iran (NCRI), has urged the United Nations to dispatch a fact-finding mission to determine the status of the detained protesters and to investigate the scope of the massacre. She has also asked the United Nations Security Council to declare the regime’s actions a crime against humanity.

Mrs. Maryam Rajavi, President-elect of NCRI, delivered a message on the occasion of the anniversary of the adoption of the Universal Declaration of Human Rights#Iran #IranProtests #MEK #StopIranBloodshed @USAdarFarsihttps://t.co/UkTXqIkpTf pic.twitter.com/n47Pf9Lvps