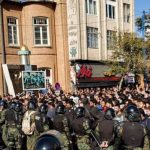 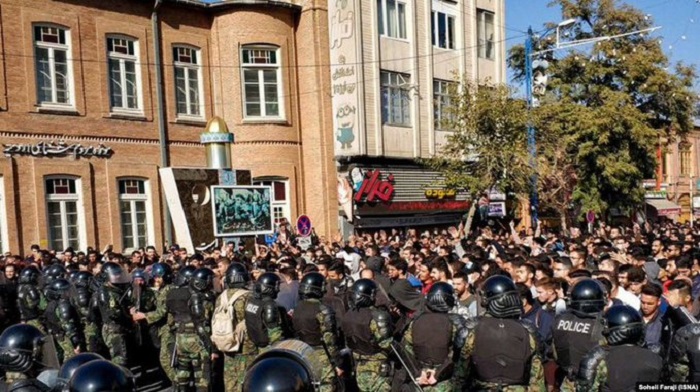 Iranian took to the street to cry for freedom and democracy. File Photo

Since Friday 15th November, the Iranian regime’s foundations remain on shaky ground. After announcing that fuel prices would massively increase, the people took to the streets to voice their discontent. However, these protests about a specific economic issue have turned into a full-blown uprising. The people are clearly not going to give in to the regime’s threats of arrest.

PMOI / #MEK has been able to report on the latest developments thanks to its massive network inside the country.#Iran #IranPortests #FreeIran @USAdarFarsi pic.twitter.com/fDnuPYYBHH

In fact, the regime’s suppression is making them even more determined and they are literally risking arrest, injury or even death. It has been reported that more than a thousand protesters have been arrested and many thousands injured.

The Trump administration has commented on the uprising in Iran, saying that the regime faces its most challenging test yet. The US Special Representative to Iran Brian Hook has said that information has been difficult to obtain from Iran, but the fact that there have been so many deaths, casualties and arrests are very concerning.

The administration is contemplating whether to send further troops to the region. In a Senate hearing in the United States, the Pentagon’s policy chief John Rood said that they are looking at the “threat picture” and they have the possibility to adjust their “force posture”.

The Iranian regime has completely lost control of the situation and it is fast running out of options. It has, like many times in the past, responded to the popular protests with violence, threats, and arrests.

Day 24 of the #IranProtests for Regime Change https://t.co/Q7VfTKuY7L#FreeAllProtesters #StopIranBloodShed #FreeIran

US President Donald Trump has described the regime’s actions as “brutal” saying that the situation in the country is “horrible”.

This is the biggest uprising that the Iranian regime has had to deal with. It has faced political crises in the past – but nothing on this scale. The people are the biggest threat to the regime’s survival and they are certainly going to be the force behind regime change.

The main opposition to the Iranian regime – the National Council of Resistance of Iran (NCRI)  and Mujahedin-e Khalq (PMOI/MEK) have called on the United Nations Security Council to send a delegation to Iran to properly assess the situation and to safeguard the protesters that are being shot at in the street. The NCRI has also called on the UN Security Council to act urgently to release the thousands of Iranian protesters that are being detained.

The people of Iran have legitimate demands. They are demanding rights that much of the rest of the world, and certainly Western countries take for granted. They want their human rights to be granted to them, and respected, and they want freedom, democracy, and peace.

Society has been on the brink of a major uprising like this one for quite some time and even the regime had to admit that it was only going to take one issue for the discontent to simmer over into such a major incident.