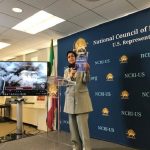 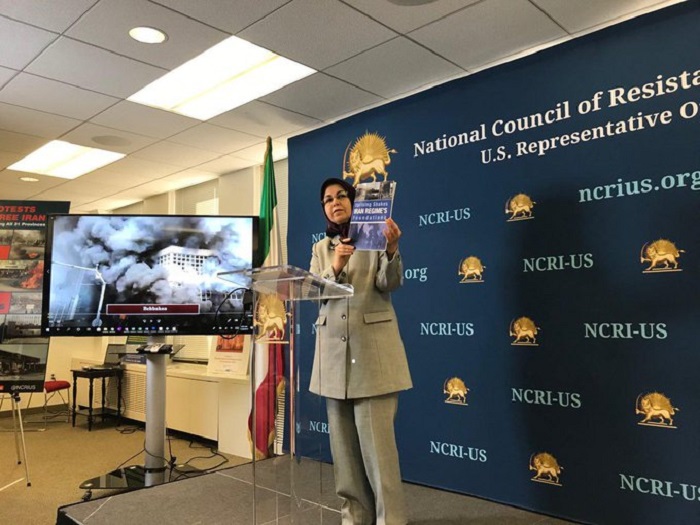 The U.S. Representative Office of the National Council of Resistance of Iran (NCRI-US) held a press conference in Washington, D.C. on Tuesday, November 26th to discuss the contents of a 60-page report containing new details about the uprising in Iran which spread to 176 cities. The report contained a list of 154 people killed during the protests who have been identified by the Mujahedin-e Khalq (PMOI/ MEK) sources as well as the names of senior Islamic Revolutionary Guards Corps (IRGC) commanders and other officials who were involved in the brutal crackdown.

Ms. Soona Samsami, NCRI’s U.S. Representative, described the uprising as a turning point in the struggle to overthrow the clerical regime in Iran. She said that the regime is aware that it is close to being overthrown and reached an impasse. It has resorted to suppression and murder because it sees no other option, but by killing protesters, Khamenei has accelerated the process of his regime’s overthrow. She also pointed out that regime President Hassan Rouhani, despite his self-proclaimed “moderate” status, has joined in the calls for suppression of the Iranian people. ”This is the common tactic of Khamenei, Rouhani and other regime leaders,” said Mrs. Samsami. “They are all sitting together in a sinking ship.”

Nationwide uprising across 176 cities in all 31 provinces
At least 450 killed
Over 4,000 injured
Over 10,000 arrested pic.twitter.com/CFmSgrDYM6

Alireza Jaffarzadeh, Deputy Director of NCRI’s US office, spoke about how quickly the protests had spread throughout Iran and how unified the message was among the people for regime change.

“The behavior prevalent among protesters had radicalized in the extreme,” he said.

“During the 2017 uprising, there were only 50 attacks on regime centers. This time, it seems that thousands of regime-affiliated buildings were targeted.”

Jaffarzadeh also noted that the suppressive tactics used in the current uprising were much different than those used in the 2009 and 2017 uprisings.

In addition, the current uprising differed in the response from regime Supreme Leader Ali Khameini, who immediately announced that the regime would not reconsider the sudden gas price hike that triggered the protests and ordered his security forces to brutally suppress the protesters.

Jaffarzadeh also stressed that the MEK Resistance Units have grown significantly since the 2017 uprising when they were “in their infancy and just beginning their endeavors.”

Jaffarzadeh concluded his remarks by noting that the NCRI’s strategy of creating “Resistance units and rebellious cities” has proven to be effective. The most recent protests show that not only are the Iranian people united in a strong desire for change but also that the United States policy towards Iran has not rallied the people behind the regime. The Iranian people have directed their anger toward the mullahs’ regime.