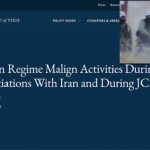 The State Dept. Reveals New Details on the Massacre of MEK Members on Sep 1, 2013

Written by Admin on October 19, 2019. Posted in Camp Ashraf and Camp Liberty, NEWS 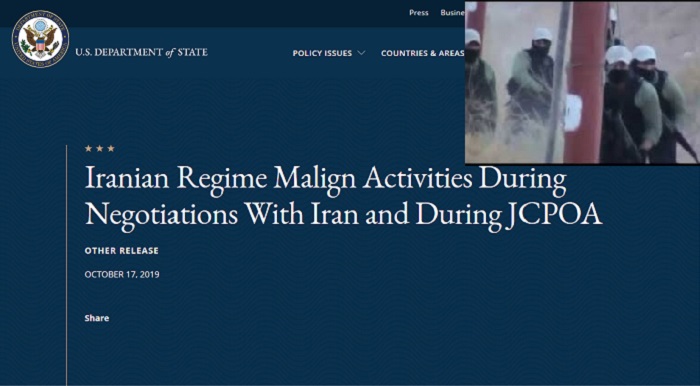 The US State Dept. in a report on 17 October 2013, revealed new details on the massacre of MEK members in Camp Ashraf in 2013

Camp Ashraf, previous home to Mujahedin-e Khalq (PMOI/MEK) members in Iraq, was targeted by terrorist agents of the Iranian regime and its Iraqi proxy forces on September first, 2013. This brutal attack left 52 killed, 7 hostages and millions of dollars’ worth of damages to the camp’s property.

It was not the first time MEK members and camps were subjected to the Iranian regime’s attacks; however, this time, the MEK’s camp was subjected to an attack while one hundred of MEK members remained in Camp Ashraf based on a quadripartite agreement between the Iraqi government, the US, the UN, and the MEK. MEK members were left to protect MEK’s property while other members had been transferred to Camp Liberty. All one hundred MEK members were protected persons under the Fourth Geneva Convention. Iranian agents killed fifty-two in cold blood and took seven hostages, including six women.

The US State Department in its new report entitled: Iranian Regime Malign Activities During Negotiation With Iran and During JCPOA and published on October 17, 2019, revealed new details, saying:

“On September 1, 2013, an attack by Iranian proxies Kata’ib Hezballah (KH) and Asa’ib Ahl al-Haq (AAH) on Camp Ashraf in Iraq, led to the deaths of 50 members of the Mujahedeen-e Khalq, or MeK.  Press reports claim members of the QF not only planned the attack, but also played a direct combat role in it. The QF, along with KH and AAH members, also abducted seven MeK members and smuggled them back to Iran, according to the press.  The missing seven members haven’t been seen or heard from since the attack.”

Some other facts on the event

Mr.Tahar Boumedra, the former UN advisor on Camp Ashraf- in his testimony in the hearing of British House of Commons on September 13, 2013, said:

“The reality about Camp Ashraf is …. sealed. Nobody could penetrate Camp Ashraf without the active participation of the Iraqi Security Forces. In the east, south of Lion’s Gate, you have the base for the HQ of the Army in Ashraf and you have the police.”

“Iraq’s security forces, trained by the American government at a cost of billions of dollars, were sharply rebuked by the United Nations on Tuesday for a deadly raid on Sunday at Camp Ashraf, a compound near the Iranian border that houses a group of Iranian dissidents. United Nations officials, after visiting Camp Ashraf on Monday, said they had seen 52 bodies, most of them shot in the head and upper body, some with their hands tied.”

Reuters on September 1, 2013, reported from Baghdad:

Collaborating with the then Iraqi government, Nouri al-Maliki administration, the terrorist Quds Force was in charge to conduct the attack. The plan was the total annihilation of all one hundred members of the MEK at once; however, they could not keep up to their malign plan and forty- two could survive to tell the world the true story.