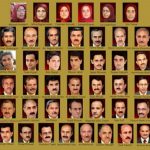 Paying tribute to victims of Sep 1 massacre of MEK members in Ashraf, Iraq

Written by Admin on September 1, 2019. Posted in Camp Ashraf and Camp Liberty, Defenders of Freedom, NEWS

52 unarmed residents, members of MEK, were slaughtered in Camp Ashraf on 1st Sep 2013

This September 1 marks the sixth anniversary of the 2013 Camp Ashraf massacre. Iraqi security forces, acting at the behest of the Iranian regime, shot to death, execution-style, some with their hands tied behind their backs, 52 unarmed Iranian dissidents, of Iran’s main opposition movement, the Mujahedin-e Khalq (PMOI/MEK). 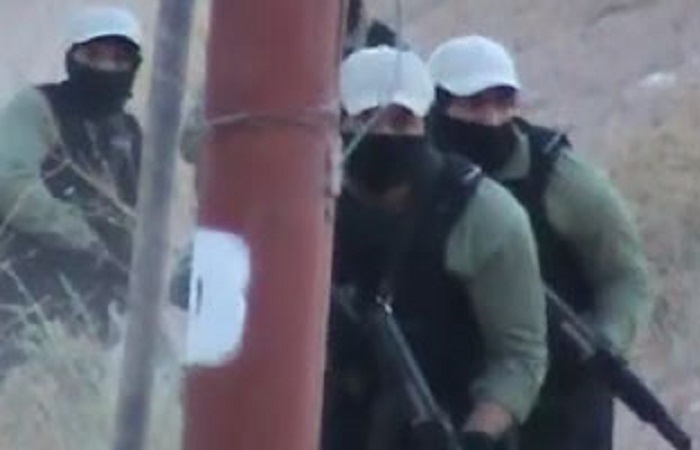 Several, initially wounded, were shot in the head in the Camp’s clinic while being treated. All the medical staff were also murdered. The assault force abducted seven more residents, including six women.

The attack took place at a time that MEK members were granted ‘protected persons’ status under the Fourth Geneva Convention and the United States had guaranteed Their protection.

Over the past six years, Mrs. Maryam Rajavi, the President-elect the National Council of Resistance of Iran (NCRI), has repeatedly called on the United Nations Secretary-General and the High Commissioner for Human Rights to conduct an independent and comprehensive investigation into the September 1, 2013 massacre and to hold those responsible to account.

Memorial ceremony in commemoration of 52martyrs of #CampAshraf massacre in 01/09/2013,by proxies of #Iran ian regime in #Iraq #FreeIran #MEK pic.twitter.com/lsEfdYXOtp

We pledge to always remember their sacrifice and wage an unrelenting battle that will overthrow the mullahs’ religious dictatorship. Indeed, each moment in that historic confrontation in Ashraf that September day was astonishing. Let us remember the words of Massoud Rajavi, the Resistance’s Leader, who said, “If you were to ask me to give a simple definition of the word Mojahed, I would say that being a Mojahed means adhering to one’s pledge through eternal sacrifice in the history of Iran.”

Mrs. Rajavi elaborated on the regime’s motives for planning and carrying out the massacre at Camp Ashraf.

“What they sought was to either physically annihilate the PMOI/MEK or to force them to surrender. And that left no other options.  Over the past years, in the context of the choice between giving up or continuing the fight, the PMOI/MEK has always chosen to persevere and fight on, the very choice that has been the secret to the movement’s survival and advancement,” she said.

Laying a wreath in memory of the 2013 massacre in Ashraf #Iran #FreeIran pic.twitter.com/lhbMnw1IPH

In an article about the massacre of MEK members on 1 Sep 2015, retired Army Col. Wesley Martin, a former base commander in Camp Ashraf wrote, “Suddenly on September 1, 2013, fifty-two wonderful lives were extinguished and seven others were taken hostage by the brutality of a corrupt government. Their lives have been taken, but their memories will never be lost as long as we live and the spirit of democracy lives within each of us. The time will come in the future when we are together again. We will appreciate the opportunity we had to know and work with each other in this life. We will also be proud of knowing we never gave up on each other and never gave up on striving to bring peace and stability to the world.”

Honoring the memory of the victims in Iran 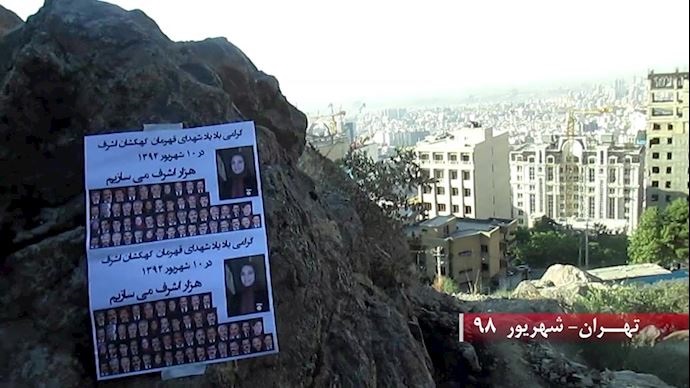 During the past six years, MEK supporters inside Iran have held ceremonies to honor the memory of Ashraf residents murdered on September 1, 2013. Taking up serious risks of arrest and persecution by regime security forces, they have also placed posters in memory of the 52 martyrs on walls, phone booths and other public areas in cities across Iran.