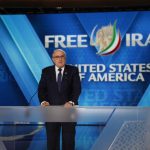 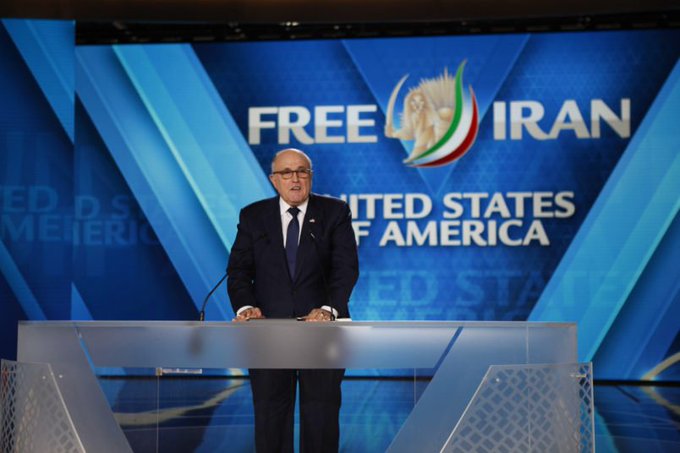 Former New York City Mayor and longtime friend of the Iranian Resistance Rudolph Guliani attended the Free Iran Conference at Ashraf 3, the MEK’s headquarters in Albania, last weekend. He was one of the dozens of prominent politicians, lawyers, lawmakers, human rights activists, and members of the Iranian Resistance who delivered speeches at the five-day event, which included panels, exhibitions, and a tour of Ashraf 3.

Giuliani was one of the featured speakers at Saturday’s event. In his speech, he condemned the Iranian regime and called for the international community to support the MEK in their fight for freedom.

Former NY Mayor @RudyGiuliani responds to lobbyists for Iran's regime: The MEK is committed to freedom and democracy in Iran. We should support them to bring regime change in their country.#IStandWithMaryamRajavi #FreeIran #WeSupportMEK pic.twitter.com/LbTv9X2Z7K

Giuliani directly accused the regime “and all of their sycophants and followers” of murder. Not just murder, mass murder, crimes against humanity.”

He then offered a three-part proposal to the MEK to guide the Iranian people to freedom. “Number one, we have to get the governments of Europe to stand up, to wake up, to reclaim their dignity and their honor,” he said.

“The people who slaughtered 30,000 people in 1988 should be identified, they should be prosecuted, and they should either be imprisoned for life or executed,” Giuliani added.

“I am so proud of my government because we have stood up. We looked at that agreement that would make Iran a nuclear power and we said tear it up. We’re not going to put nuclear weapons in the hands of a maniac,” he said, referring to the 2015 Iran nuclear deal.

“How can you do commerce with them? We all know they’re the largest sponsor of terrorism in the world,” he said. “When you buy oil from Iran you are funding murder. Face it. And stop it,” he emphasized.

.@RudyGiuliani: "I accuse Iran's Ayatollah & Rouhani of murder. Not just murder but mass murder. How can we tolerate this. Four decades of mass murder and crimes against humanity in Iran. They have to go!"#IStandWithMaryamRajavi #FreeIran #WeSupportMEK pic.twitter.com/1pfBIPDBEf

“Number two,” the former mayor continued, “there is an alternative to this horrible regime of terror. This isn’t one of those situations in which we have the choice of deposing a horrible dictators and we don’t know if a more horrible one will come along.”

Tom Ridge, Louis Freeh and Bob Torricelli agree that NCRI (National Council of Resistance in Iran) is a very capable alternative to the Regime of Terror oppressing Iran for 40 years. They stand for freedom. pic.twitter.com/xaqzMkdDUS

“So you can be a witness to that. You can write and you can speak, you can organize. Be a part of it,” Giuliani added.

“And when you see the lies about us, stand up. I get attacked and my colleagues who will be here in a moment get attacked all the time in America.